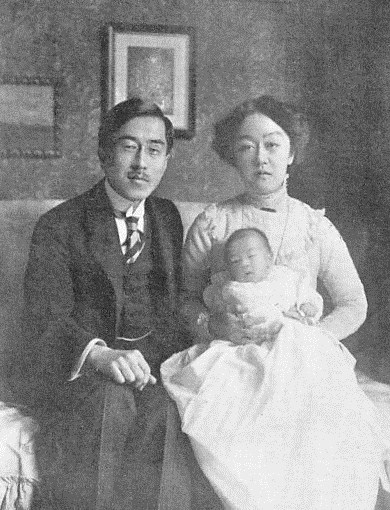 In 1929, Prince Iemasa Tokugawa (a direct descendant of the Tokugawa Shogunate) and his family made the long voyage from Tokyo, Japan to Ottawa, Ontario. Prince Iemasa took on the role of the Japanese Ambassador to Canada and spent his days toiling over paperwork at his country's Embassy.

The Tokugawa family found acceptance in Ottawa social circles and in no time, Prince Iemasa's son Hide Ie developed a passion for one of Canada's most beloved sports. You guessed it - figure skating. Hide Ie joined the Minto Skating Club and soon proved himself a very proficient skater. Over the course of the family's stay in Canada, Hide Ie even crossed the border down to the States, where he skated during the summers in Lake Placid, taking lessons from famed coach Gustave Lussi.

As technical knowledge of the sport in Japan was not advanced to the same level as in North America at the time, Hide Ie made a habit of snapping of taking as many pictures as possible during his lessons. He believed that these pictures would prove as invaluable training tools for Japanese skaters whose education in the sport was supplemented largely by the study of photos and videos of Western skaters in action. His unbridled enthusiasm for figure skating was unquestionable. 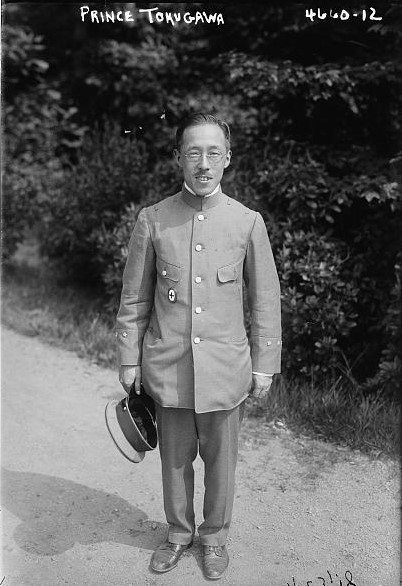 The Tokugawa's left Canada in 1936 and the following year, Iemasa was appointed as the Japanese Ambassador to Turkey. Sadly, in 1939, Iemasa Tokugawa wrote a letter to Canadian Champion and judge Donald B. Cruikshank informing him of Hide Ie's untimely death shortly upon his return to Japan in 1936 to study at the Tokohu University. The dignitary's only son was only twenty four at the time and perished in a Red Cross hospital in Tokyo of sepsis. Hide Ie was buried with his beloved figure skates and the pictures he so lovingly took in Canada were passed on to members of Japan's figure skating community.

Decades later, Cruikshank headed to Sapporo, Japan to act as the Canadian judge in the men's event at the 1972 Winter Olympic Games. During a break in the school figures, he pulled a letter out of his pocket and showed to Mrs. Kukiki Minami from Ashiya... the letter which Prince Iemasa sent him in 1939. In the March-April 1982 issue of the "Canadian Skater" Magazine, Cruikshank explained, "I was curious to know if there was any member of the Tokugawa family still living in Tokyo. Mrs. Minami was most kind and offered to inquire about them on my behalf. The following day she reported back to me that she had made contact with Mrs. Toyoko Matsudaira in Tokyo. She was the daughter of the Ambassador, known to me as 'Toyo', and commented to Mrs. Minami that she remembered me from her Ottawa days, and gave a telephone number where I could reach her."

Shortly after the Games, Cruikshank and Matsudaira connected for the first time in over thirty years and reminisced about Ottawa in the thirties and her brother Hide Ie. Although no longer among the living in the seventies, Hide Ie's passion for the sport - and the pictures he took - were an important key in the mechanism that led to Japan's prominence in the sport decades after his death.

Skate Guard is a blog dedicated to preserving the rich, colourful and fascinating history of figure skating and archives hundreds of compelling features and interviews in a searchable format for readers worldwide. Though there never has been nor will there be a charge for access to these resources, you taking the time to 'like' on the blog's Facebook page at http://www.facebook.com/SkateGuard would be so very much appreciated. Already 'liking'? Consider sharing this feature for others via social media. It would make all the difference in the blog reaching a wider audience. Have a question or comment regarding anything you have read here or have a suggestion for a topic related to figure skating history you would like to see covered? I'd love to hear from you! Learn the many ways you can reach out at http://skateguard1.blogspot.ca/p/contact.html.
Posted by Skate Guard Blog at March 21, 2019
Email ThisBlogThis!Share to TwitterShare to FacebookShare to Pinterest
Newer Post Older Post Home