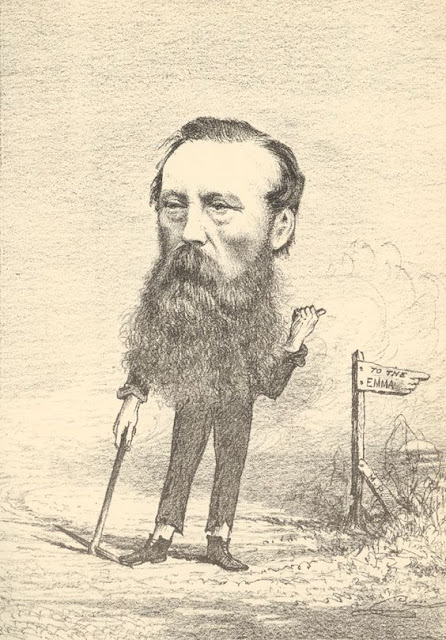 The son of George and Rachel (Inglis) Anderson of Luscar, Fifeshire, George Anderson was born in Liverpool, England in 1819. His father was managing partner of the firm Dennistown & Co. and manager of the Kirkcaldy branch of the old Glasgow Bank and in his youth, George didn't want for a thing except perhaps a gold platter to rest his silver spoon on. Educated at Le Havre, the High School of Edinburgh and the University Of St. Andrews, George came to Glasgow, Scotland in 1841 and took a job as managing partner of Alex. Fletcher & Co., a flax spinning company which employed nearly two thousand labourers. It was there that he became first exposed to the woes of the lower classes and by accounts, he was a sympathetic ear to his employees.

A busy man, George also served as a promoter or director of the Polytechnic Institution, the Fine Art Exhibitions, the Art Union, Glasgow Philosophical Society and the Lock Hospital. He was also an enthusiastic member of the Scotland Angling Club, the long-time President of the Glasgow Skating Club and the author of "The Art Of Skating" under the nom de plume Cyclos. His book was one of the most influential texts on figure skating in Great Britain during the nineteenth century. It was translated into several languages and formed the basis of many skater's educations. 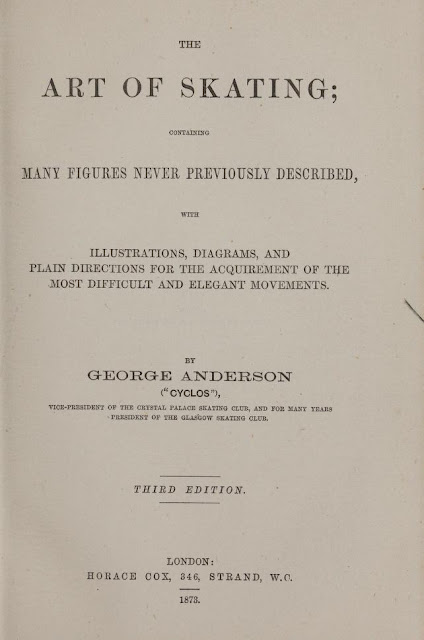 A talented skater, George invented an apparatus designed to assist novice skaters stay upright on the ice: the Victorian equivalent of the chair all too often seen on public skating sessions in the twentieth century. He worked with a local silversmith, recommending innovations to skate design which later became widely adopted, and welcomed Canadian skaters who espoused ideas that opposed the stiff English Style with open arms. For his era, he was also progressive in his views towards female skaters at a time when many weren't having any of it. He wrote, "I like to see ladies skate; though, no doubt, the early steps must be rather trying to female nerves and female draperies; but more in idea than in reality, for with careful instructions, a lady may acquire sufficient skill to move about freely without any extensive ordeal of falls. At the same time, where the opportunity can be had of a private pond, these little difficulties may be more easily surmounted." Though he never competed as competition amongst skaters was considered quite uncivilized among his well-to-do peers in Great Britain at the time, George excelled at combined figures, salutations and spirals. He was, simply put, the Scottish skating authority of his time.

Though skating was George's passion, politics turned out to be his claim to fame. He was elected in 1868 General Election as one of three Members Of Parliament for Glasgow. A staunch Liberal and a very popular and outspoken legislator, he became well known as an authority on labour and mercantile issues. He supported labour rights, a national issue of note currency, compulsory nonsectarian education, Irish Church and Land Bills, the disestablishment of the Church Of England, the legalization of marriage with a deceased wife's sister and the abolition of game laws. Notoriously stingy, he was fiercely opposed to military spending and went to great pains to fight military pensions, stating "the whole system of pay and pensions in the army was rotten and wrong". In 1880, he called for investigation of the claim of Chief Justice of Hong Kong John Smale that slavery had been developed and tolerated under British rule in Hong Kong, demanding to know what steps the government had taken "to deal with the evil." He frequently asked questions in Parliament that others seemed to not want brought up and ticked off the many Colonels who sat in the House by successfully reducing the pensions of many military higher-ups.

In his book "Western Worthies: A Gallery of Biographical and Critical Sketches", James Stephen James remarked, "Mr. Anderson's speeches are always short, unadorned and practical. He was endeavoured, by a moving a resolution, to reduce the inordinate length of the speeches in the House as the only way of saving time to get through the yearly increasing work of legislation." George held his seat in Parliament until March 1885, when he resigned and became the Steward of the Manor of Northstead and took up the post of the Master of the Mint in Melbourne, Australia. He passed away on November 4, 1896 at the age of seventy seven, leaving behind a legacy as a champion of both the patineurs and the people.

Skate Guard is a blog dedicated to preserving the rich, colourful and fascinating history of figure skating and archives hundreds of compelling features and interviews in a searchable format for readers worldwide. Though there never has been nor will there be a charge for access to these resources, you taking the time to 'like' on the blog's Facebook page at http://www.facebook.com/SkateGuard would be so very much appreciated. Already 'liking'? Consider sharing this feature for others via social media. It would make all the difference in the blog reaching a wider audience. Have a question or comment regarding anything you have read here or have a suggestion for a topic related to figure skating history you would like to see covered? I'd love to hear from you! Learn the many ways you can reach out at http://skateguard1.blogspot.ca/p/contact.html.
Posted by Skate Guard Blog at April 14, 2019
Email ThisBlogThis!Share to TwitterShare to FacebookShare to Pinterest
Newer Post Older Post Home