The Search For The Next Sonja Henie 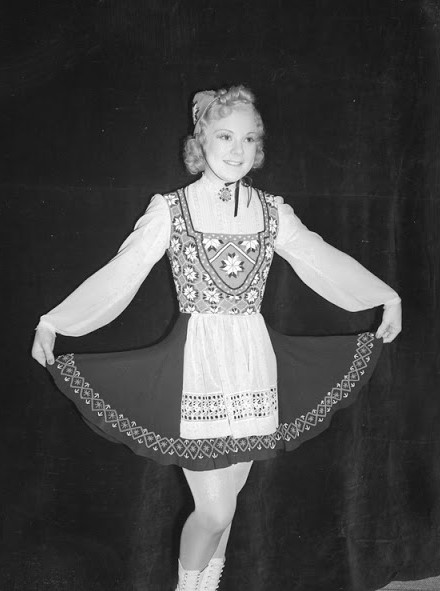 If one thing has been consistent throughout the history of competitive figure skating, it has been the drive for skating associations to produce champions. European skating associations certainly felt that pressure in the years that followed World War II just as America most certainly did in the decade that followed the tragic Sabena Crash in Belgium that claimed the lives of their country's entire skating team in 1961

Sometimes the pressure to come up with 'the next big star' had less to do with external factors and more to do with continuing the legacy of one great, once-in-a-lifetime champion... and that's exactly the scenario that the Norges Skøyteforbund faced when Sonja Henie turned professional after winning her third Olympic gold medal and tenth World title in 1936. 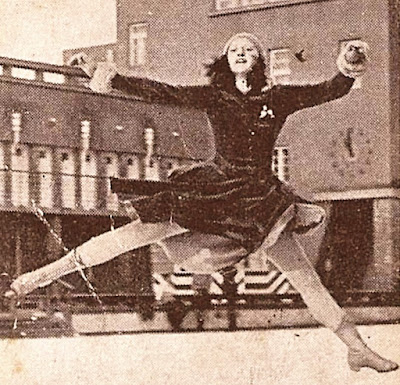 Many thought the woman that would pick up Sonja's torch and run with it would be Nanna Egedius. From 1932 to 1936, the talented young skater from Oslo had racked up an impressive five Norwegian senior women's titles. Although Sonja had opted not to participate in those domestic events, Nanna's 'resume' was certainly impressive in itself. She had placed in the top ten in every major international competition she had entered and had defeated bona fide contenders like Yvonne de Ligne and Mollie Phillips. However, Nanna got married and retired from the sport the same year Sonja Henie did. Another of Sonja's contemporaries, the talented Erna Andersen, was busy making a name for herself in professional shows in Great Britain. It seemed the Norges Skøyteforbund would have to look harder and harder for their next Sonja. 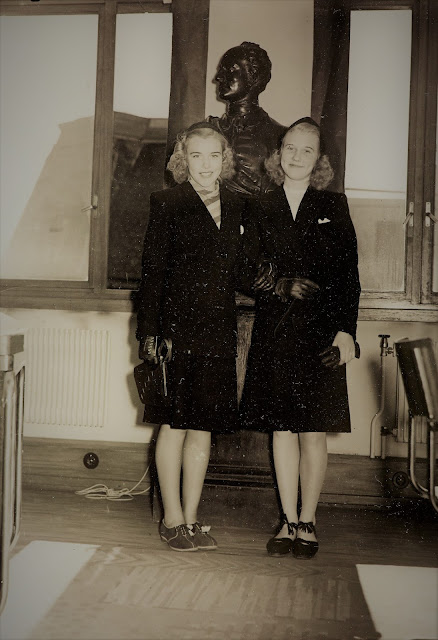 Enter Gerd and Turid, the two talented daughters of Sverre and Mathilde Helland-Bjørnstad of Oslo. The Helland-Bjørnstad siblings dominated the Norwegian skating scene in the years that followed Sonja Henie's retirement but neither managed to make any sort of an impact internationally. Gerd's best result on the world stage was eighth at the 1938 World Championships in Stockholm; Turid's a twelfth place finish the following year in Prague. After competing head to head at those World Championships, the skating careers of both siblings were cut short by the cancellation of both domestic and international competitions during World War II. 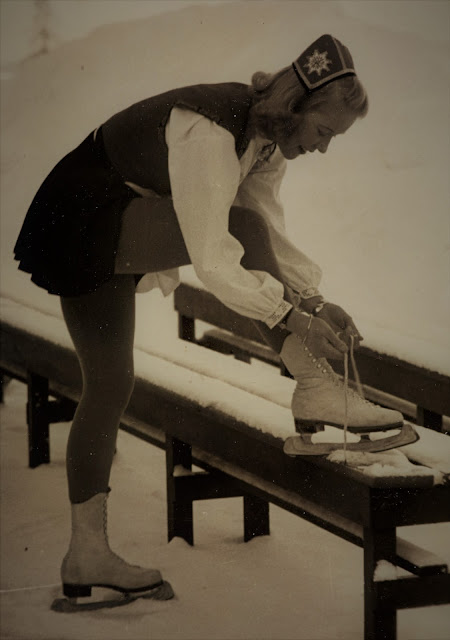 The torch then got passed to the daughter of Rolf and Anne Marie Næs... Sonja Henie's cousin Marit. The talented young skater had claimed the Norwegian junior women's title the same year that her famous relative had retired from the sport and many believed that after the War, her time would come. Though much hyped by the Norwegian press, Marit Henie placed a disastrous twenty second in her only Olympic appearance in St. Moritz in 1948. Her only trip to the World Championships as a pairs skater with Erling Bjerkhoel in 1947 hadn't been any better. Out of their element, Henie and Bjerkhoel placed dead last, sixty placement points behind the winners.

In the over eighty years since Sonja Henie struck gold at the 1936 World Championships, a Norwegian woman has yet to win a gold medal in a major ISU Championship. Does that mean there won't be another great Norwegian champion in women's figure skating? Of course not! Many Europeans certainly didn't expect much when North Americans first burst on the international scene, nor did many North Americans when Asian skaters first started rising to prominence. No one can say where the next great skating champion will hail from... but the struggles of Norway to produce 'the next Sonja Henie' in the decade following her retirement certainly serve as a reminder that some acts can't be topped easily.

Skate Guard is a blog dedicated to preserving the rich, colourful and fascinating history of figure skating and archives hundreds of compelling features and interviews in a searchable format for readers worldwide. Though there never has been nor will there be a charge for access to these resources, you taking the time to 'like' on the blog's Facebook page at http://www.facebook.com/SkateGuard would be so very much appreciated. Already 'liking'? Consider sharing this feature for others via social media. It would make all the difference in the blog reaching a wider audience. Have a question or comment regarding anything you have read here or have a suggestion for a topic related to figure skating history you would like to see covered? I'd love to hear from you! Learn the many ways you can reach out at http://skateguard1.blogspot.ca/p/contact.html.
Posted by Skate Guard Blog at October 08, 2019
Email ThisBlogThis!Share to TwitterShare to FacebookShare to Pinterest
Newer Post Older Post Home