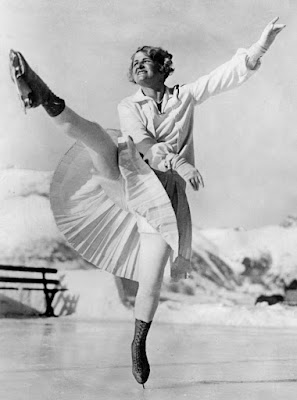 Her name may be all but forgotten today but in the roaring twenties in Germany, Ella Gertrud Auguste 'Ellen' Brockhöft was the grand dame of German figure skating. Born April 29, 1893 in Berlin, she didn't begin skating until 1912 at the rather advanced age (by figure skating standards) of nineteen. 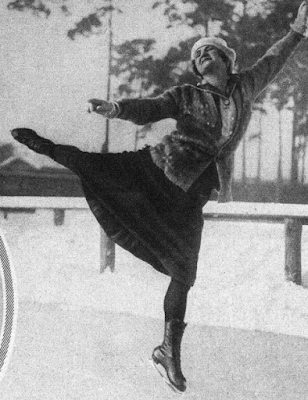 Ellen was a member of the Berliner Schlittschuhclub and trained at the Berlin Sportpalast, which at the time was a brand new facility and the largest enclosed rink in the world. 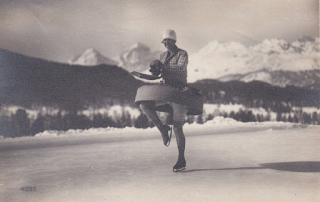 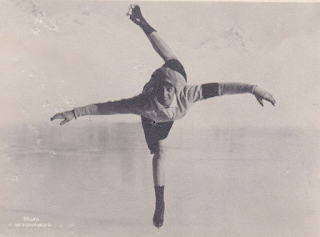 Though late to the game, Ellen very quickly became absolutely entranced with the sport and spent all of her free time on the ice tracing and retracing figures. However, during the Great War there were few trainers available. She looked to Gillis Grafström and Elli Winter as mentors and picked up what seeds of knowledge she could from them. Following the War, she went to Werner Rittberger and Andor Szende for advice and coaching. 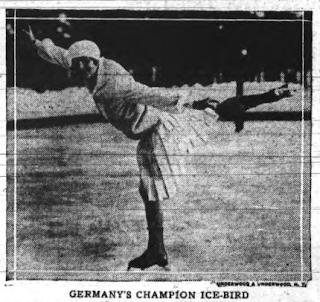 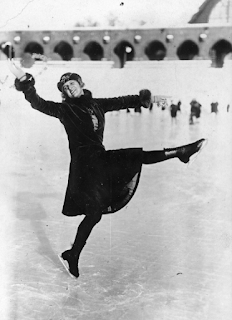 Ellen made her debut at the German Figure Skating Championships in Berlin in 1920 and placed a strong second behind Elli Winter. The next year, she claimed her first of six German titles. Although Gaby Seyfert won ten East German titles and Katarina Witt eight, to this day no woman who has ever competed at either the West German or unified German Championships has since equalled or bettered her record of six national titles. 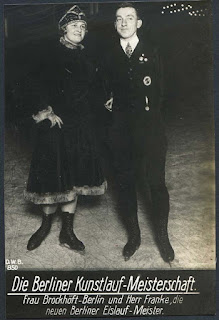 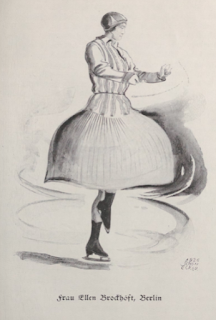 Ellen also made history in Oslo, Norway in 1924 as the first woman from her country to win a medal at the World Championships in singles skating, a feat she repeated the following year in Switzerland for good measure. Both years, she lost to Austria's Herma Szabo but received first place ordinals from the German judge in the school figures. Ironic in spite of the help she received from her own judge in her first two trips to the World Championships, nationalistic judging proved to be her downfall on her third go around in 1927. 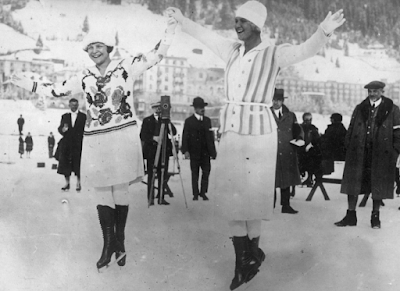 At those World Championships in Oslo, Herma Szabo controversially lost the gold medal to Norway's Sonja Henie. The fact that three of the five judges were Norwegian sparked a later rule change with the International Skating Union that only allowed one judge per country on a panel in international competitions. At that same event, Ellen lost the bronze medal in a three-two split to a second Norwegian skater, Karen Simensen. Neither woman ever competed at the World Championships again. 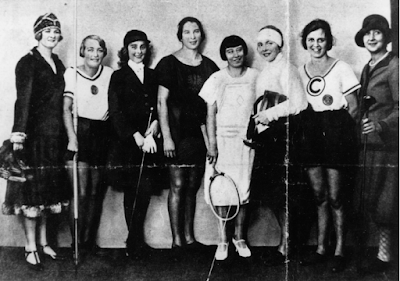 In 1925, Ellen attended the prestigious German Sports Press Ball in Frankfurt. An English account of the affair from the November 14, 1925 issue of "The Evening Independent" noted, "Germany's women athletic champions were brought together at a unique dinner party. Frau [Nelly] Neppach, holder of the woman's tennis title, who failed to wrest the world title from the great Suzanne Lengllen in the Vienna tournament recently, invited the following champions to dinner: Frau [Else] Samek, golf; Fraulein [Hertha] Aschenbacher, high jumping; Fraulein [Margarete] Rieve, javelin throwing; Frau [Ellen] Brockhoeft, ice skating; Frau [Any] Gordan, fencing; Fraulein [Cilly] Feindt, fancy riding. A record of this unusual gathering was made for posterity in the form of two contrasting, photographs, one showing the champions wearing highly fashionable dinner gowns, and the other depicting them in their athletic garb, each member of the party holding a symbol of her speciality, such as a tennis racquet, golf club or riding whip." 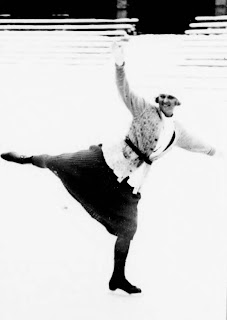 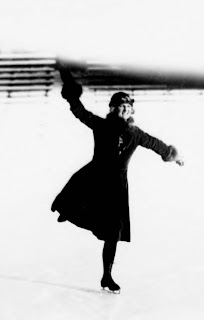 Although Ellen was not permitted to compete in either the 1920 Summer Olympics or 1924 Winter Olympics due to a ban on German athletes participating in the Olympics following the Great War, she finally make her one and only appearance at the Games in Switzerland in 1928 at the age of twenty nine. 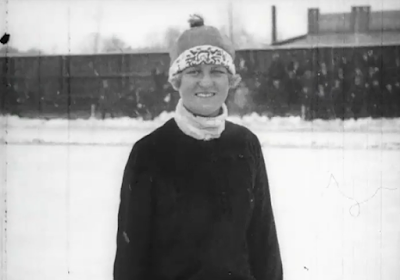 Ellen's skating at the 1928 Olympics was met with a mixed bag of reviews - her ordinals in both figures and free skating ranged from sixth through thirteenth - and she finished a disappointing ninth place overall. If it was any consolation, Karen Simensen - the Norwegian who had defeated her at the 1927 Worlds - finished a disastrous sixteenth. 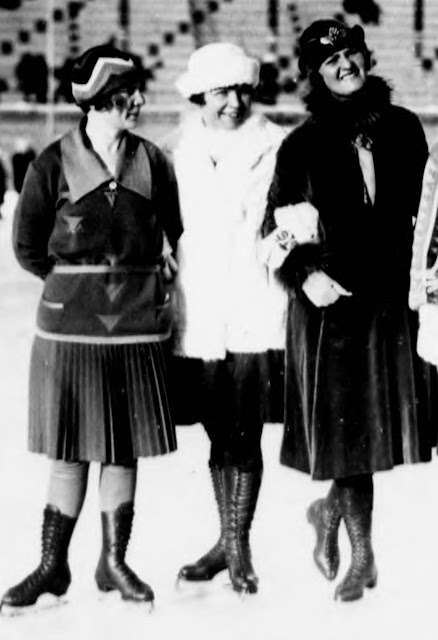 Ellen later married and taught skating for a time in St. Moritz, Switzerland. She applied to the ISU for reinstatement as an amateur in 1936 and her request was granted on April 7, 1937 but she never competed again. She passed away in Bonn, Germany at the age of seventy nine on December 19, 1977.


Although Ellen's story has been largely forgotten today, there is truly something quite unique about any skater who takes up their sport in their late teens and goes on to make history... twice. Her story serves as yet another reminder that not every skater's story fits the usual script.