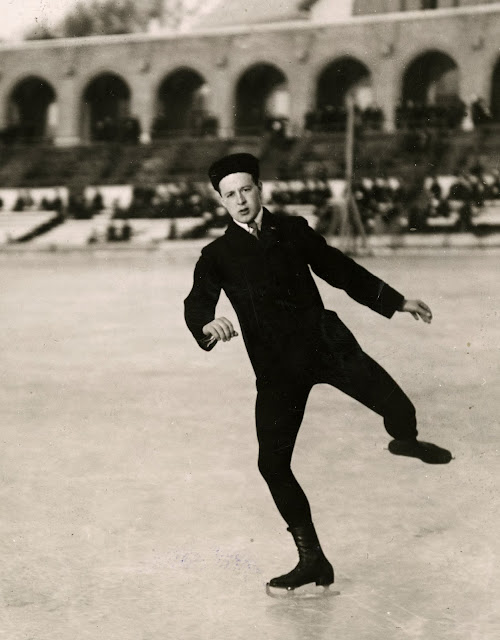 The son of Otto and Ellen (Herzman) Rooth, Harald Rooth was born January 25, 1892 in Stockholm, Sweden. He grew up in Östermalm, an Eastern district of the city, with his brothers Ivar and Gunnar.
He started skating as a boy at the Stockholms Allmänna Skridskoklubb. His first victory came in 1908, when he defeated future World Champion Gösta Sandahl in a club competition. 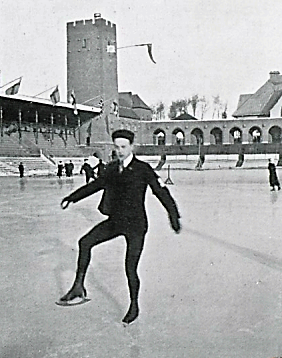 Four years later, Harald headed to Manchester, England to compete in his first World Championships. Though he placed fourth, four judges gave him first place ordinals in the free skate. While in England, he checked out Prince's Skating Club... and won a waltzing competition with one of the locals - a Miss Somerville. 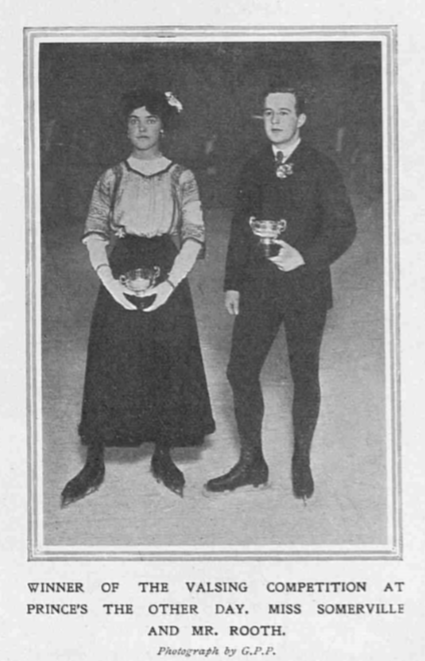 Unfortunately, similar scenarios as the one that occurred in Manchester played out at the 1913 European Championships in Oslo - where Harald won the free skate - and the 1913 and 1914 World Championships, where he received top three ordinals for free skating. At the 1913 Nordic Games, he won the free skate but lost the gold to Gösta Sandahl. Harald really had the unfortunate luck of being a strong free skater who was comparatively weak in the school figures during the era when Ulrich Salchow, Gösta Sandahl and Richard Johansson dominated the Swedish skating scene. 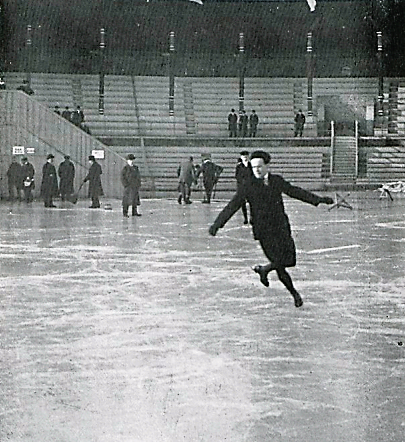 It wasn't until 1915 - after the ISU halted its organization of the European and World Championships due to the Great War - that Harald finally claimed the Swedish men's title. He also finished second in the pairs event that year with Svea Norén, who would go on to claim the silver medal in the women's event at the 1920 Summer Olympic Games in Antwerp. His brother Gunnar, a fine skater in his own right, placed third in that event with his partner Ingeborg Carlsson. That same winter, he finished second behind Martin Stixrud at an international competition hosted by the Stockholms Allmänna Skridskoklubb, but managed to defeat future Olympic Gold Medallist Walter Jakobsson. During this period, his father served as the Stockholms Allmänna Skridskoklubb's President, succeeding ISU President Viktor Balck. Harald retired from competitive figure skating in 1920 at the age of twenty eight after finishing second twice more at the Swedish Championships but remained involved in the sport as a judge and official. He sat on the executive of the Swedish Federation, frequently getting in disagreements with Ulrich Salchow about how the sport should be managed. Perhaps as a result of his strained relationship with Salchow, he received few international judging assignments, though he did manage to sit on judging panels at two World Championships. 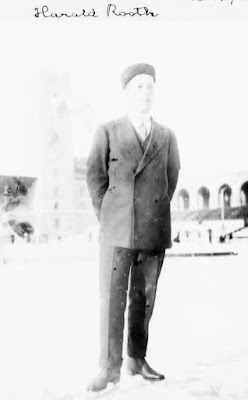 Off the ice, Harald worked for a company that sold metal separators for automobiles and as the manager of the Swedish 'Moneylottery'. He lived in Ljungby with his wife and children. His son was an artist of some renown in Sweden and his older brother Ivar was a well-respected lawyer and economist who served as Governor of the Swedish National Bank for close to twenty years. 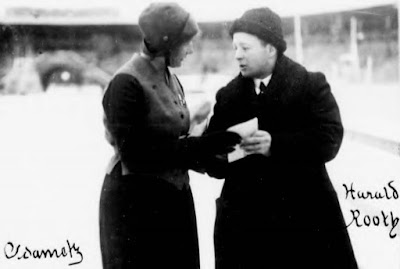 Harald passed away in the Stockholm suburb of Hjulsta on August 4, 1967 at the age of seventy five, his successes as a figure skater all but forgotten. Had school figures not existed at the time he was competing, he would have been a World Champion.