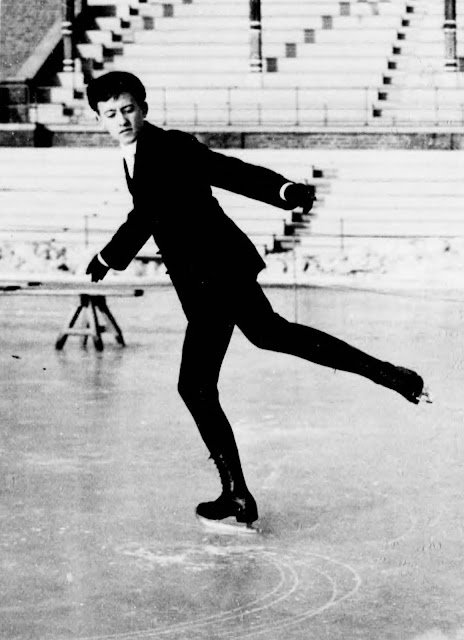 "In no other sport but figure skating is one given the opportunity to show as much of their personality. It gives so much joy, the feeling... One develops one's grace, fills up the chest and inhales the lovely winter day's strengthening air, all during a body exercise that is free from any harmful effects... For each little progress you make, more and more expanses open up, and you soon find yourself standing in the middle of a kingdom of unlimited possibilities. Figure skating is a difficult art but your whole individuality comes out when you compose your own characters and perform them for your own fun." - Gösta Sandahl

The son of Alma Charlotta (Carlman) and Harald Gustaf Hjalmar Sandahl, Knut Gustaf Elof Sandahl was born January 13, 1893 in Stockholm, Sweden. He was the youngest of three siblings, with an older sister named Märta Sofia and an older brother named Carl Edvard Harald. The Sandahl family shared a home with a marine superintendent and his daughter on the base of the Svea Artilleriregemente (Artillery Regiment), where Harald Sandahl worked as a clothing storeroom manager, chamberlain and administrator. 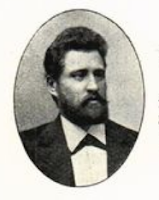 Knut Gustaf Elof went by the name 'Gösta'. Swedish skating historian Lennart Månsson explained, "In Sweden at the time, 'Gösta' was a very common, familiar name to use for a person that was christened 'Gustaf', much in the same way that a lady named 'Elizabeth' may be commonly known as 'Lisa'. In Sweden we do not have a strict convention of using a middle name, so if you have three first names, as in this case, it is perfectly normal for any of the three to be the intended 'main' first name." Gösta's uncle Carl Leonard Sandahl was a renowned architect and artist who designed the Danmarks Hus as well as schools, banks, church and parish buildings, bathhouses and a large stone barn building at Steninge Castle. 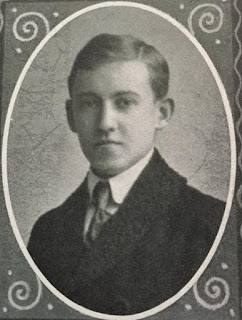 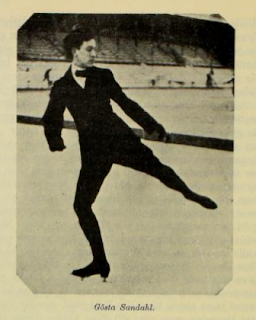 Gösta and his brother Carl learned to skate at the Stockholms Allmänna Skridskoklubb, which was a great hub of skating in the early twentieth century. They shared the ice with great champions like Ulrich Salchow, Bror Meyer, Richard Johansson and Per Thorén and soon became extremely proficient in both school figures and free skating. The Sandahl brothers also developed a friendship with Gillis Grafström, who was around the same age and was also an intellectual. 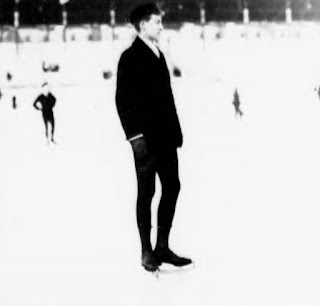 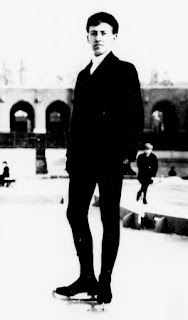 After winning the junior men's title at the Nordic Games in 1909, Gösta made his first appearance in the senior men's class at the Swedish Championships in 1910. He placed second behind Richard Johansson and ahead of his older brother. 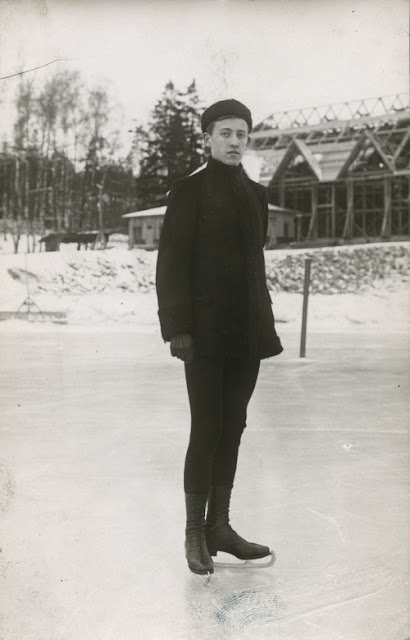 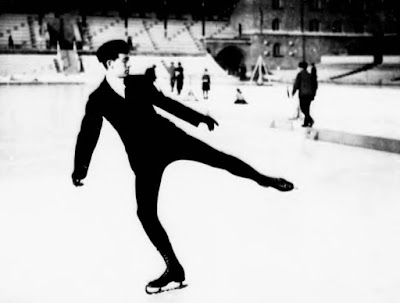 Gösta came from behind after the figures with an outstanding free skate to become the surprise winner of the 1914 World Championships in Helsinki. The fact that the Swedish judge placed his competitor Fritz Kachler tenth in free skating may have helped a little. Finnish newspapers noted that Gösta's free skating program was "versatile, self-conscious, safe and elegant." Otto Bohatsch remarked, "He is a smart youngster... with flight and speed, though his program is not different from Salchow in his younger days." 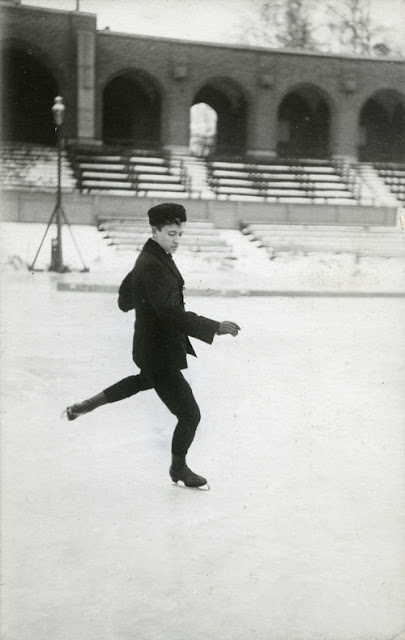 Though the Scandinavian press raved about the twenty one year old's victory, several of his older (Continental) competitors claimed Gösta had been a less than gracious winner and had in fact gloated about defeating them. This may have been the case, however there may have also been egos at play. Whatever the truth, Gösta's mother never lived to see him win a major international title. She passed away in October of 1912, when he was only nineteen. 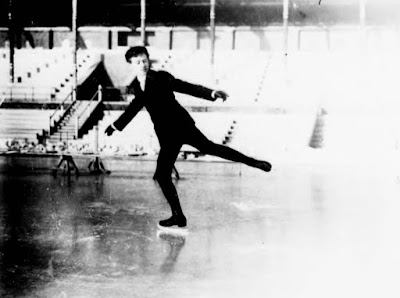 Although major ISU Championships were not held during The Great War, Gösta continued to compete in Scandinavia for a time. In 1915, he won a figure skating competition in Stockholm for a cup donated by the Duchess of Bedford, the owner of Prince's Skating Club in London, for the fourth time. He was also victorious at an international competition in Oslo, Norway in February of 1916, defeating the Stixrud brothers. 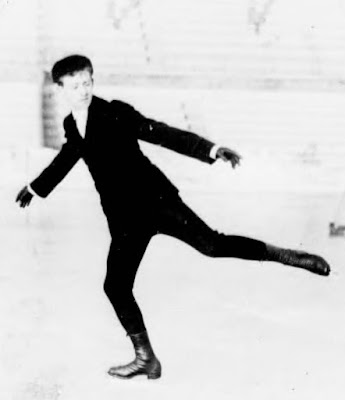 Gösta's decision to stop competing had very little to do the War and much to do with his religious and philosophical beliefs. He was an absolutist, theosophist and vegetarian who wasn't a big fan of the Olympic movement. An essay that he penned in "Idrottsboken: en handledning för skolungdom samt praktisk vägvisare för varje idrottsintresserad" in 1914 seems to support the fact he had ethical concerns about the direction in which Sweden's sports system was headed at the time. He lamented, "One no longer knows sport as his good friend in life and work but at most becomes a fettered prisoner, a comrade who has little or no joy. If he is a good jumper, he may not run. If he is a good one at discus or sledgehammer, he must not do anything else... Scriptures whose suitability and usefulness are of course raised over all doubts and criticisms (they are given by experts, whose regulations, one of course must unconditionally submit to, because otherwise they threaten to resign their positions, and this would be the least death for our public health), he is threatened and by harassment may even be disqualified. In this way, a sportsman is forced under the coach's knuckle whip, thus reshaping him from an individual person to a cog in the machine who at the next Olympic Games will prove our people's physical power and superiority over other peoples, from a racial hygiene point of view. If we made everybody in Sweden sacrifice two hours [of their day to sport] would we seize every single point in 1916 at the Olympics... It must be pointed out that it is not against competitions per se, I turned, but against competitions in the form that they are now being conducted, and against the spirit towards the rules of the participants that is common, as well as the leaders... Competitions are [meant to be] had to raise interest in sports." 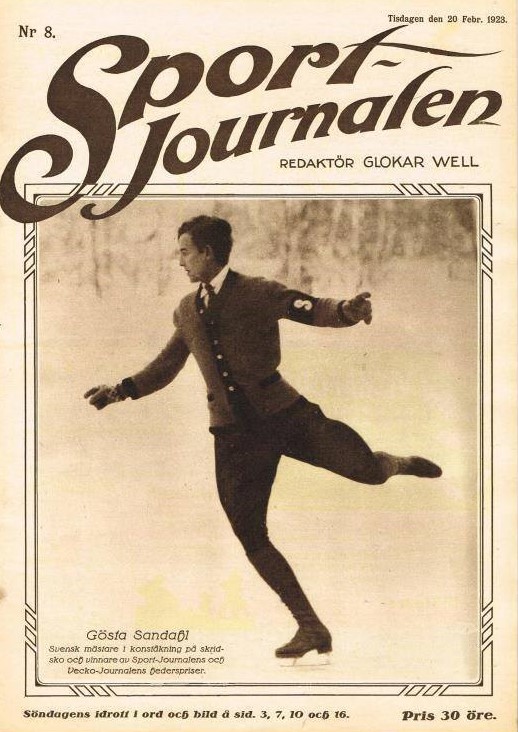 In December of 1922, Gösta announced his intention to come out of retirement and compete in the World Championships in Vienna. Considering it had been eight years since he'd participated in an ISU Championship, it was quite the comeback attempt. He trained for the Championships in Davos, where he entered a competition that January and placed second. That same month, he bested France's Francis Pigueron and Pierre Brunet at a competition in Font-Romeu-Odeillo-Via, a commune in the Pyrénées. At the World Championships, he placed a disappointing third behind behind Fritz Kachler and Willy Böckl, two of the Austrian men he'd beat at the 1914 World Championships. The bronze medal was actually an upgrade. The results were initially tabulated incorrectly and it was first announced that Ernst Oppacher, another of his pre-War competitors, had also defeated him. He returned to Sweden to win his final national title and hung up his skates for good.

Having graduated from the Vänersborg Universitet with a degree in law, Gösta had absolutely zero involvement in the figure skating world as a coach or official after he retired for the second time. He focused on his career, playing tennis and swimming and passed away on December 16, 1963 at the age of seventy. He was unmarried, had no children and his obituary didn't even bother to mention that he had been a figure skater, let alone a European or World Champion.

Skate Guard is a blog dedicated to preserving the rich, colourful and fascinating history of figure skating and archives hundreds of compelling features and interviews in a searchable format for readers worldwide. Though there never has been nor will there be a charge for access to these resources, you taking the time to 'like' the blog's Facebook page at http://www.facebook.com/SkateGuard would be so very much appreciated. Already 'liking'? Consider sharing this feature for others via social media. It would make all the difference in the blog reaching a wider audience. Have a question or comment regarding anything you have read here? Have a suggestion for a topic related to figure skating history you would like to see covered? I'd love to hear from you! Learn the many ways you can reach out at http://skateguard1.blogspot.ca/p/contact.html.
Posted by Skate Guard Blog at February 14, 2019
Email ThisBlogThis!Share to TwitterShare to FacebookShare to Pinterest
Newer Post Older Post Home