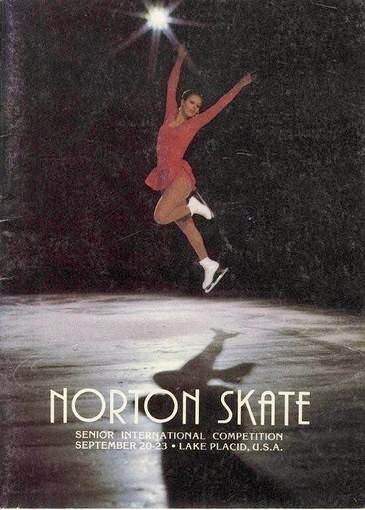 As the action gets underway this week at the first stop on the ISU Grand Prix Of Skating series, it's hard to think that Skate America wasn't always this prestigious event with extensive media coverage and a who's who cast of international figure skating stars. After all, the list of previous Skate America winners reads like a figure skating hall of fame. Olympic Gold Medallists Yuna Kim, Meryl Davis and Charlie White, Scott Hamilton, Kristi Yamaguchi, Marina Anissina and Gwendal Peizerat, Jamie Salé and David Pelletier, Brian Boitano, Artur Dmitriev (with both Natalia Mishkutenok and Oksana Kazakova), Viktor Petrenko, Elena Berezhnaya and Anton Sikharulidze, Alexei Yagudin, Xue Shen and Hongbo Zhao, Evan Lysacek, Oksana Baiul, Elena Valova and Oleg Vasiliev, Tatiana Totmianina and Maxim Marinin and Tatiana Volosozhar and Maxim Trankov have all won Skate America gold at one time or another, in many cases more than once. 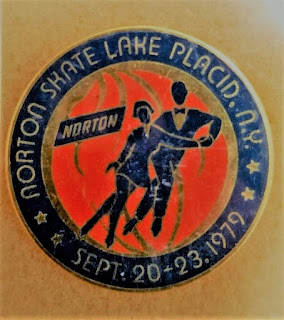 The very first Skate America competition wasn't actually called Skate America at all but instead Norton Skate, named after a Massachusetts manufacturer who sponsored the event. Held in Lake Placid in September of 1979, Norton Skate was actually a test event for the 1980 Lake Placid Winter Olympics. According to "The History Of Skate America" document from the World Figure Skating Museum And Hall Of Fame provided by U.S. Figure Skating's museum archivist Karen Cover, Norton Skate attracted sixty five skaters from sixteen countries. In Candus Thomson's 2009 article "Stars remember how Skate America began" in The Baltimore Sun, several of the stars of the first Skate America reflected on their participation in the event. Scott Hamilton, who won the men's event defeating World Champion Jan Hoffmann, said "the memories are wonderful and specific. I remember standing on top of the podium and thinking, 'I've got to start winning more because the view is amazing.' I really turned some heads in that competition. From that point on, I had to be taken seriously." Ladies winner Lisa-Marie Allen recalled "I won compulsory figures, an oddity because I had a reputation of not being able to skate cleanly. The short program, I don't remember, but I must have been good enough. I fell on the triple salchow in the long program, but it must have been good enough to win."

Although Hamilton and Allen were able to win on home turf, the pairs and ice dancing competitions at the Lake Placid event favored international skaters. Sabine Baess and Tassilo Thierbach of East Germany fended off Kitty and Peter Carruthers to take the pairs gold, whereas Hungarians Krisztina Regőczy and András Sallay of Hungary, Soviets Natalia Bestemianova and Andrei Bukin and Canadians Lorna Wighton and John Dowding all stood on the ice dance podium. Americans Judy Blumberg and Michael Seibert and Carol Fox and Richard Dalley were fourth and sixth, respectively.

Although Norton Skate was originally only intended to be a one time event and there wasn't a Skate America competition in the fall of 1980, in 1981 the event was again held in Lake Placid and according to the World Figure Skating Museum article, "this time with the understanding that it would become an annual, international, invitational competition because of its popularity among international skaters, coaches and spectators." Following the 1982 Skate America, a national bidding process was opened up for potential host cities and interestingly in 1987 the event wasn't held due to an agreement between the USFSA and CFSA that international events wouldn't be held during seasons when either country was hosting the Olympics. Skate Canada International wasn't held in 1979 for this same reason. Adopted into the Champions Series which evolved into what is now known as the ISU Grand Prix, Skate America is one of the most prestigious events on the autumn figure skating calendar.

As you cheer on your favourites in the competition, don't forget that Skate America will be the first of the seven Grand Prix events (including the final) this season that you'll find coverage of on Skate Guard! I'm not going to be doing a play by play of any of the Grand Prix events but will be weighing in with my opinions. I do hope you enjoy the Grand Prix "coverage"!

Skate Guard is a blog dedicated to preserving the rich, colourful and fascinating history of figure skating and archives hundreds of compelling features and interviews in a searchable format for readers worldwide. Though there never has been nor will there be a charge for access to these resources, you taking the time to 'like' on the blog's Facebook page at http://www.facebook.com/SkateGuard would be so very much appreciated. Already 'liking'? Consider sharing this feature for others via social media. It would make all the difference in the blog reaching a wider audience. Have a question or comment regarding anything you have read here or have a suggestion for a topic related to figure skating history you would like to see covered? I'd love to hear from you! Learn the many ways you can reach out at http://skateguard1.blogspot.ca/p/contact.html.
Posted by Skate Guard Blog at October 21, 2014
Email ThisBlogThis!Share to TwitterShare to FacebookShare to Pinterest
Newer Post Older Post Home