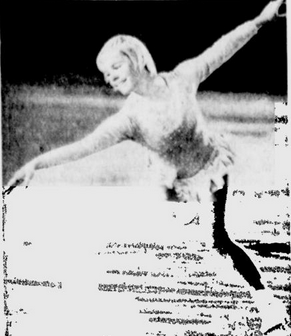 Not to be confused with the popular World Professional Championships held in Jaca, Spain, two-time Olympic Gold Medallist Dick Button's beloved World Professional Figure Skating Championships were referred to by many simply as 'Landover' because of the event's long time home in Landover, Maryland. Today on the blog, we'll take a brief look back in time at two forgotten 'ancestors' of the Landover competition.

The first North American precursor to the World Professional Championships was held on December 19, 1964 at the Olympic Auditorium in Lake Placid, New York. The World's Professional Invitational Figure Skating Championships, as it was called, was organized by Howard Nicholson. All four disciplines including ice dancing were contested at the event. Pieter Kollen played double duty, competing for the men's title and finishing second with partner Susan Sebo in the ice dance competition behind Marilyn Meeker and Ron Ludington. Canada's Maria and Otto Jelinek made their professional debut in the pairs event and Donald Jackson took home the men's title. The event was televised on ABC's Wide World Of The Sports and the total purse of prize money was just over five thousand dollars.

In 1973, Dick Button would revive the idea of a professional competition with a higher stakes competition held in - of all places - Tokyo, Japan. Billed overseas not as the World Professional Figure Skating Championships but as the $100,000 International Professional Figure Skating Festival, the 1973 competition was a two day event offering - you guessed it - a total purse of one hundred thousand dollars in prize money to the skaters participating. On the Saturday of the event, skaters in three disciplines (men, women and pairs) performed a 'compulsory free program' similar to the short program that had recently been introduced to amateur competition. On the following day, they returned to showcase their artistic programs in the finals with no rules or restrictions as to their jump or spin content. The pairs event was won by two time Olympic Gold Medallists Ludmila and Oleg Protopopov, who Button invited via Soviet Union officials. Building on their lead of 76.64 in the compulsory free program, they earned 77.80 points in the free skate to coast to a resounding victory with a total score of 154.44, over fifteen points ahead of second place finishers Almut Lehmann and Herbert Wiesinger of West Germany. In third were three time World Medallists Cynthia and Ron Kauffman with 136.99 and in fourth, U.S. Medallist Richard Dwyer and partner Susie Berens with 134.96. As in the pairs event, Olympic and World Medallist Janet Lynn was able to sustain her lead in both phases of the competition, her 76.00 score in the artistic program giving her an event total of 149.98 and the fifteen thousand dollar purse in the ladies event. Fresh off a media manufactured rivalry with Karen Magnussen, Lynn's biggest competition in Tokyo came from another British Columbian: four time Canadian Medallist Cathy Lee Irwin of Vancouver. Irwin placed second with a score of 141.88. 1969 World Bronze Medallist Zsuzsa Almássy of Hungary ended up in third with 135.26 points followed by Susie Berens, who was skating double duty in both singles and pairs at the event. Six time U.S. Medallist Tina Noyes was fifth with a score of 120.72. 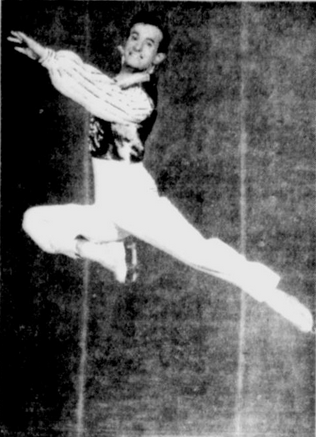 In the men's competition, 1967 North American Champion Donald Knight of Canada was actually the surprise leader in the compulsory free program but dropped to third overall after 1956 Olympic Silver Medallist Ronnie Robertson, known especially for his spectacular spins, rallied from behind with an artistic program score of 73.80 to earn an overall score of 144.70. Robertson earned fifteen thousand dollars for winning the men's event, narrowly defeating second place finisher Donald Jackson by 0.10. Another North American Champion, John Misha Petkevich, was fourth with a score of 139.96 and a third American entry, ice show star Atoy Wilson, was sixth with a score of 113.08.


Like the 1964 event, the 1973 competition was broadcast on ABC's Wide World Of Sports. Rather predictably, the ISU took issue with Button using the words 'World Championships' or offering a competitive opportunity that offered prize money to skaters. The event got put on the back burner until 1980. After the Lake Placid Olympics, Button brought the World Professional Championships to America as a team event with no individual scores. The 1980 event featured some of the biggest names in skating during that era including Robin Cousins, Tai Babilonia and Randy Gardner, Peggy Fleming, Toller Cranston, Jojo Starbuck and Ken Shelley, Linda Fratianne and Charlie Tickner and was a surprise hit with audiences and skaters alike. The rest is history for another day!

Skate Guard is a blog dedicated to preserving the rich, colourful and fascinating history of figure skating and archives hundreds of compelling features and interviews in a searchable format for readers worldwide. Though there never has been nor will there be a charge for access to these resources, you taking the time to 'like' on the blog's Facebook page at http://www.facebook.com/SkateGuard would be so very much appreciated. Already 'liking'? Consider sharing this feature for others via social media. It would make all the difference in the blog reaching a wider audience. Have a question or comment regarding anything you have read here or have a suggestion for a topic related to figure skating history you would like to see covered? I'd love to hear from you! Learn the many ways you can reach out at http://skateguard1.blogspot.ca/p/contact.html.
Posted by Skate Guard Blog at May 10, 2016
Email ThisBlogThis!Share to TwitterShare to FacebookShare to Pinterest
Newer Post Older Post Home