Twizzles And Tragedy: The Sandy MacDonald and Harold Hartshorne Story 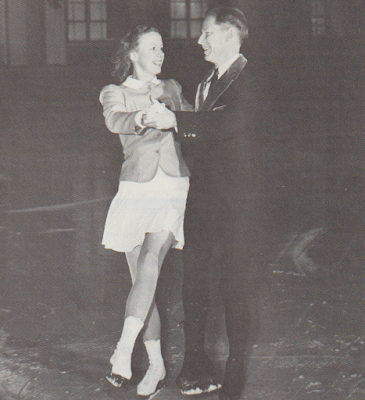 When five time U.S. ice dance champion, Skating Club of New York founder and esteemed American skating judge Harold Hartshorne lost his life alongside his wife Louise in the 1961 Sabena crash, the skating community could only watch on in horror and disbelief. However, what many don't know is that his partner when he won three of his national titles, Sandy (Alexandra) MacDonald, also left this world far too soon. 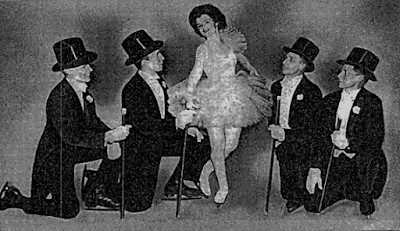 The daughter of a doctor, Sandy MacDonald moved from Edmonton, Alberta to New York City to train at the Skating Club of New York under Katie Schmidt in the mid thirties. She quickly found a friend in a man over twenty years her senior, Harold Hartshorne. Hartshorne's role as a competitor was unusual in that not only was he contesting for ice dance titles, he was actively building the discipline in America as he did so. He served as chairman of the USFSA's Dance Committee, drew many regulation dance diagrams and with MacDonald, in essence schooled the judges on what they were to be looking for. In terms of choosing a partner with both clout and knowledge, Sandy MacDonald could not have done better. They quickly became not only respected competitors but regular stars of the Skating Club of New York's shows at Madison Square Garden. 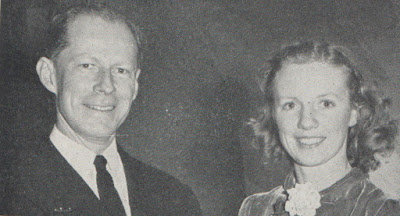 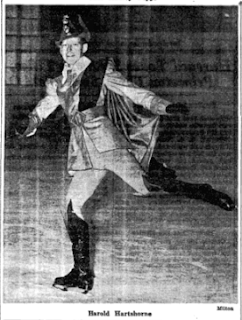 By the following season, Joseph Savage had moved to the judges stand. Prantel continued her game of musical partners by joining forces with George Boltres. After winning both the Waltz and Fourteenstep at the Eastern Championships, MacDonald and Hartshorne coasted to a resounding victory with a strong performance that drew loud applause at the 1940 U.S. Championships in Cleveland, Ohio. Their victory was punctuated by impressively high scores from the judges... including Savage who was judging not only his former rivals but his partner from the previous season as well.

Despite a strong challenge from Elizabeth Kennedy and Eugene Turner, Sandy MacDonald and Harold Hartshorne held on to win their third and final U.S. title in a field of fourteen teams at the 1941 U.S. Championships in Boston, Massachusetts. Despite their role in setting the gold standard for ice dancers in the era and Hartshorne's behind the scenes influence, Sandy MacDonald and Harold Hartshorne were unseated as champions in 1942, settling for silver behind Edith Whetstone and Alfred Richards, Jr. MacDonald retired from competition in her early twenties... and the next season Hartshorne returned to the U.S. Championships with Nettie Prantel.

Giving an example of the cross pollination that often went on between ice and roller skating during that era, MacDonald and Hartshorne both found themselves behind the judges stand - along with Theresa Weld Blanchard - at the 1942 United States Amateur Roller Skating Championships in Elizabeth, New Jersey.

Like Hartshorne, MacDonald's life ended tragically. Recording the events of the 1949/1950 skating season in her wonderful book "The Evolution Of Dance On Ice", Lynn Copley-Graves wrote that "three time U.S. Dance Champion and first USFSA Gold Dance Medallist Sandy MacDonald was stricken in June with an unknown virus that took her life within three days. She had grown up skating at the Glenora Club in Edmonton but spent most of her short adult life in the United States. After moving to New York in 1935 she graduated from the Traphagen School of Fashion and Design. In 1946 Sandy moved back to Edmonton. During a six-month trip to Europe, she developed severe headaches. After recovering at her parents' home from a subsequent brain operation, the virus struck." According to medical journals, prior to her death on June 9, 1949, MacDonald actually spent two months in the University Hospital.

MacDonald and Hartshorne deserve both our memory and respect. Their building work as American ice dancers was of great historical import and you can only bet they've been honing their skills for decades in that great skating rink in the sky, readying themselves for the next Fourteenstep.

Skate Guard is a blog dedicated to preserving the rich, colourful and fascinating history of figure skating and archives hundreds of compelling features and interviews in a searchable format for readers worldwide. Though there never has been nor will there be a charge for access to these resources, you taking the time to 'like' on the blog's Facebook page at http://www.facebook.com/SkateGuard would be so very much appreciated. Already 'liking'? Consider sharing this feature for others via social media. It would make all the difference in the blog reaching a wider audience. Have a question or comment regarding anything you have read here or have a suggestion for a topic related figure skating history you would like to see covered? I'd love to hear from you! Learn the many ways you can reach out at http://skateguard1.blogspot.ca/p/contact.html.
Posted by Skate Guard Blog at May 12, 2016
Email ThisBlogThis!Share to TwitterShare to FacebookShare to Pinterest
Newer Post Older Post Home
"As a rule an author has one or two popular ways of contrasting the past with the present. He can treat the past as lying in comparative doleful ignorance, or he can explain that the past was infinitely superior to the day we live in. Of course, either method is the popular journalism of the moment, and in reality there is no sharp contrast, but a gradual transition which leads the past into the present." - Joel B. Liberman, Skating Club Of New York