A Pause For The Pausin's 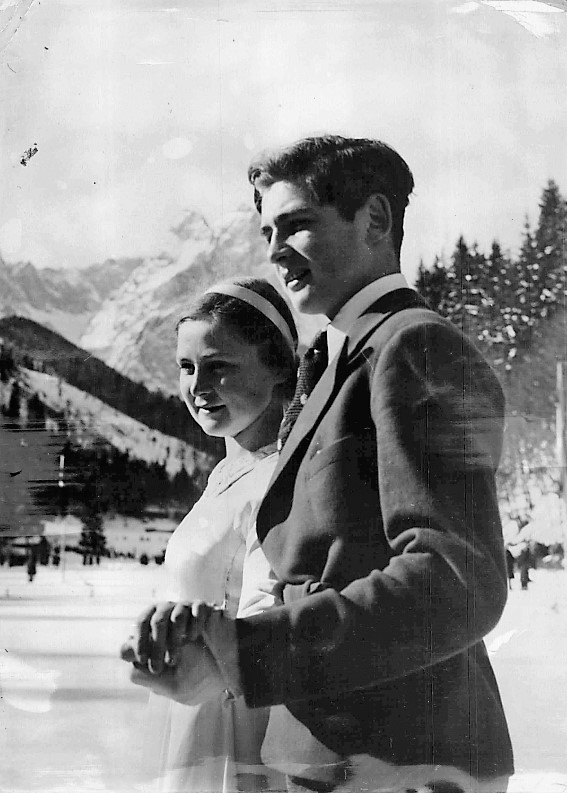 Runner-up's almost as many times as Susan Lucci, Austrian siblings Ilse and Erik Pausin were at their peak as competitive skaters during the tumultuous era in Europe leading up to World War II. They were coached by Pepi Weiß-Pfändler. Although they were Austrian by birth and represented that country for much of their career, we can only speculate that their decision to represent Nazi Germany later on has played somewhat of a role in the fact that their role in pairs skating history outside of Germany has been largely ignored. 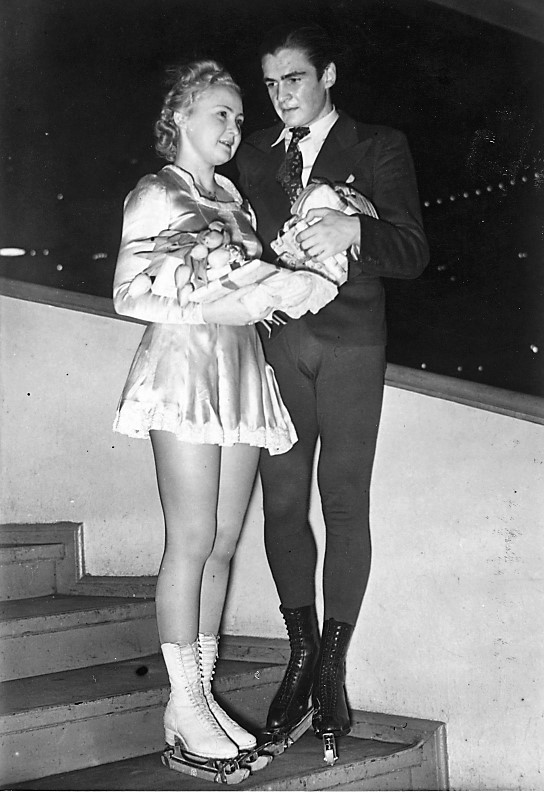 Richard D. Mandell's 1971 book "The Nazi Olympics" offered a wonderful retelling of how the Pausin's stole the show from German winners Maxi Herber and Ernst Baier at the 1936 Olympics in Garmisch-Partenkirchen: "A dazzling figure whom the dark and plain Ernst Baier set off perfectly was his partner in the pairs skating, [Maxi] Herber. She was blonde, small and slim, was dressed in pale satin, wore a tiny black beret, and smiled completely, like a movie star. They combined science and art and everyone knew it. Months before their appearance in front of the nine judges of nine different nations at Garmisch, they had a movie made of their already established set of figures and turned the film over to a composer who then fit the notes of the orchestra to their every movement and gesture... The pair produced the impression that they were something new under the sun. Then, a curious occurrence! Two Austrian children, fifteen-year-old Ilse Pausin and her sixteen-year-old brother, Erik - mere names on a list - took to the ice in an astonishing program that was the opposite of that of the methodical Ernst and [Maxi]. They chose as music a Strauss waltz with plenty of those throat-constricting accelarandos and retardandos. With a youthful verve, they flitted ecstatically across the rink like magic dragonflies. This was supremacy of another sort and the tempo of the new performance caused the spectators to respond emotionally with volleys of applause in an attempt to influence the ranking. There was really nothing to be done. Despite the hissings and grumblings of the predominantly German crowd, the nine judges were compelled by their own judgement to give the gold medal to (Maxi) and her consort. The schoolchildren were second; no one else was even close." 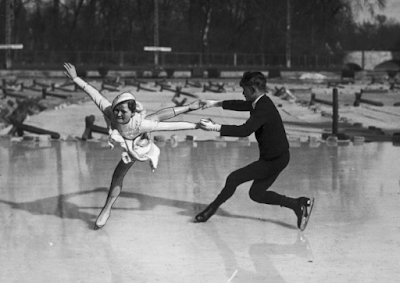 Although Mandell's book wasn't entirely correct - it was Ilse that was sixteen at the time and Erik that was fifteen - he certainly captured the impression that the young Austrian siblings made at those Games. Growing up in Vienna, the pair trained at Eduard Engelmann's rink. At home, they were six time Austrian Champions and internationally from 1935 to 1939 won - in addition to their Olympic silver - silver medals at three consecutive European Championships and five consecutive World Championships. 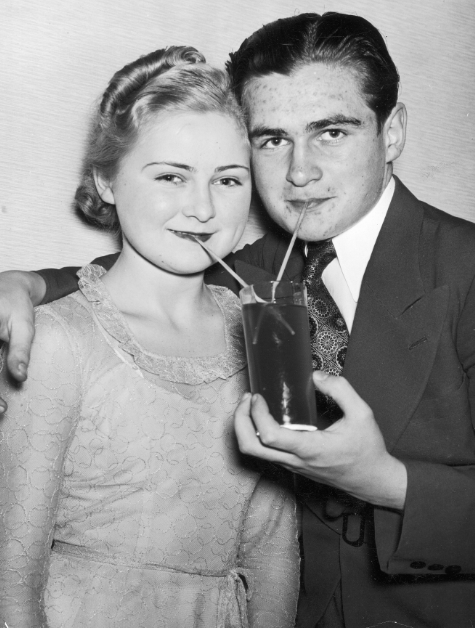 Unable to ever beat Herber and Baier, Ilse and Erik also faced stiff competition earlier in their career from World Champions Emília Rotter and László Szollás of Hungary. When Nazi Germany annexed Austria in March 1938, the Pausin's made the decision to continue skating as representatives of that country. With international competitions cancelled due to the war, suddenly the siblings found themselves in the unusual position of being on the same team as their former German rivals Herber and Baier and in their final competition, the 1941 German Championships in Munich, they again finished second. The rivalry between the two pairs was very much real, as noted in the May 1953 edition of Der Spiegel magazine: "Even today, the Baier's see red when they hear or read the name Pausin. Conversely, it is exactly the same."

I'm not going to sugarcoat their affiliations. The siblings not only indeed represented Nazi Germany during the 1939 season but were friendly with Hitler. They also continued to perform despite the War, entertaining Nazi troops and civilians alike at the Berlin Sportpalast in 1945 during The Third Reich. Der Spiegel magazine further tells us that following World War II, Ilse Pausin married and took a job teaching skating in Vienna with Maja Hutz. There, she worked with Austrian pairs skaters in an effort to pass on the more acrobatic style that she and her brother had been proponents of during their career. The brother and sister also enjoyed success as professional skaters in Austria in the fifties, touring with Holiday On Ice. 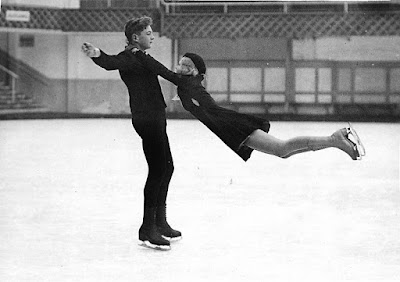 The Pausin's passed away two years apart in the late nineties. Now that you know about their affiliations with Nazi Germany, you'll no doubt remember them as painted with that brush. But one day back in 1936, they weren't the home country favourites. They were two outsiders; teenagers from Austria that came in and stole the show... two teenagers who probably had no clue what their future would hold.

Skate Guard is a blog dedicated to preserving the rich, colourful and fascinating history of figure skating. Over ten years, the blog has featured over a thousand free articles covering all aspects of the sport's history, as well as four compelling in-depth features. To read the latest articles, follow the blog on Facebook, Twitter, Pinterest and YouTube. If you enjoy Skate Guard, please show your support for this archive by ordering a copy of the figure skating reference books "The Almanac of Canadian Figure Skating", "Technical Merit: A History of Figure Skating Jumps" and "A Bibliography of Figure Skating": https://skateguard1.blogspot.com/p/buy-book.html.
Posted by Skate Guard Blog at June 16, 2016
Email ThisBlogThis!Share to TwitterShare to FacebookShare to Pinterest
Newer Post Older Post Home