Held from February 2 to 4, 1951 at the Dolder Kunsteisbahn, an open ice rink in Zürich, Switzerland, the 1951 European Figure Skating Championships are unfortunately one competition that has been largely shrouded in mystery. A major speed skating race was held in Davos concurrently with the event, drawing away much of the Swiss media who covered sporting events. One Swiss reporter - perhaps trying to justify the lack of coverage - wrote in "La Sentinelle" that only five hundred spectators showed up to watch the pairs competition. Newsreel footage completely contradicts this statement. Today on the blog, we'll take a stab in the dark in piecing together the lost history of this competition from many moons ago. 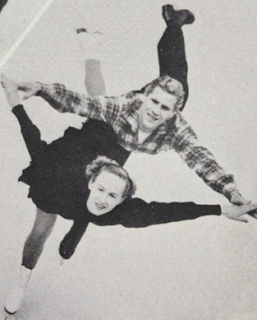 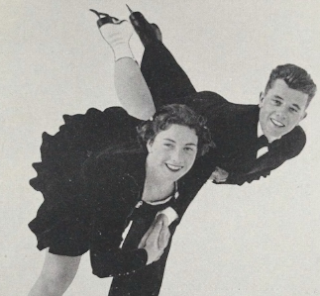 In an almost unanimous win, Ria Baran and Paul Falk of Düsseldorf, West Germany took home the gold medal in the pairs competition in Zürich in 1951. Only the Norwegian judge thought the silver medallists, Elyane Steineman and André Calame of Switzerland, to be better. British siblings Jennifer and John Nicks defeated Swiss siblings Silvia and Michel Grandjean by over fifteen points to take the bronze. The West German team who finished sixth, Marlies Schroer and Hans Schwarz of West Germany, had ordinals ranging from second to last place. 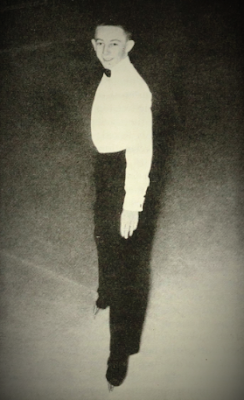 Only eight skaters representing five countries contested the 1951 European men's title in
Zürich. Horst Faber, representing West Germany, defeated Austria's Helmut Seibt in the school figures three judges to two. Italy's Carlo Fassi received third place ordinals from all five judges. In the free skate, Seibt rebounded to defeat Faber in an extremely close competition. He won by only one place, with a third place ordinal from his own judge - Ernest Labin - for Faber determining the outcome. Fassi finished third, ahead of Great Britain's Michael Carrington and West Germany's Freimut Stein. Even the Swiss press conceded that their two entries, François Pache and Fritz Loosli, were out of their league and despite their best efforts they were up against "formidable opponents" in Seibt and Faber. 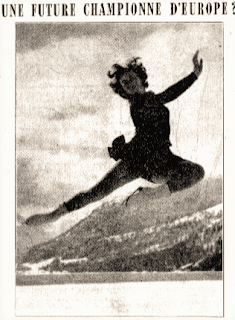 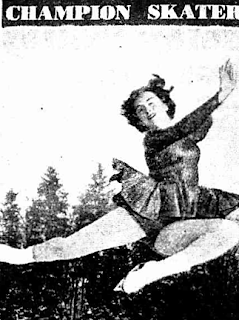 The women's event in Zürich had more than double the entries of the men's. Unsurprisingly, twenty year old figures specialist Jeanette Altwegg of Great Britain took a resounding lead over France's Jacqueline du Bief and her British teammates Barbara Wyatt, Valda Osborn and Beryl Bailey in the school figures. Equally unsurprisingly, du Bief bested Altwegg in the free skate. As the scoring for figures was far more heavily weighted than free skating at the time, Altwegg took the gold over du Bief and Wyatt. West Germany's Gundi Busch, who would win the European and World title three years later, placed sixth. The Swiss judge, 1920 Olympic Gold Medallist Walter Jakobsson, had her ranked fifteenth in the figures and ninth overall.


In her book "Thin Ice", du Bief recalled that in Zürich, "Jeannette was very calm and I pretended to be, whilst our respective trainers - Jacques Gerschwiler for her and Jacqueline Vaudecrane for me - were both very excited, indeed so much that in the middle of the competitions they started to quarrel on the rink and vociferating, gesticulating, and slipping (they were walking on the ice without skates) they had to be separated, one of Gerschwiler's pupils pulling one way and I pulling the other... At the end of the figure tests, Jeannette had a good lead over me and I had only a very faint hope of winning. However, the nervous tension continuing to increase, it affected even Jeannette and we were both in such a state of funk about the free skating tests that each of us skated as badly as the other. I carried off the free but Jeannette - thanks to her superiority in the figures - won the title. My disappointment was great but the World Championships were to take place ten days later in Italy and I soon shook off my depression, hoping for success in those."

Skate Guard is a blog dedicated to preserving the rich, colourful and fascinating history of figure skating and archives hundreds of compelling features and interviews in a searchable format for readers worldwide. Though there never has been nor will there be a charge for access to these resources, you taking the time to 'like' on the blog's Facebook page at http://www.facebook.com/SkateGuard would be so very much appreciated. Already 'liking'? Consider sharing this feature for others via social media. It would make all the difference in the blog reaching a wider audience. Have a question or comment regarding anything you have read here or have a suggestion for a topic related to figure skating history you would like to see covered? I'd love to hear from you! Learn the many ways you can reach out at http://skateguard1.blogspot.ca/p/contact.html.
Posted by Skate Guard Blog at August 27, 2016
Email ThisBlogThis!Share to TwitterShare to FacebookShare to Pinterest
Newer Post Older Post Home