The History Of Figure Skating In Harlem 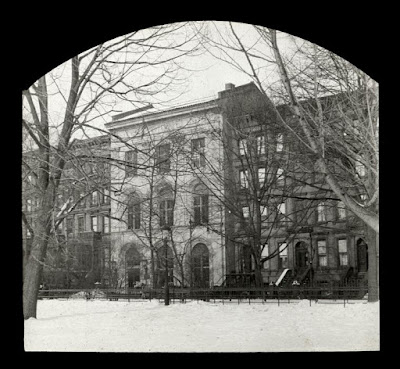 Founded in the nineties by Sharon Cohen, Figure Skating In Harlem has enriched the lives of countless young people living in New York City... in particular, young people of colour. In December 2016, I had the pleasure of speaking with Sharon about the history of this incredible, one-of-a-kind organization and the importance of sharing the stories of skaters of colour who helped paved the way for a program like this to even exist.

It all began in 1990, when Sharon moved to New York City after graduating from Brown University and learned of the Ice Hockey In Harlem program, which had started in 1987. "It was a happy accident. I was working at CBS News at the time right after college and I heard about the after school ice hockey program in Harlem," she said.

Sharon called the organizers of Ice Hockey In Harlem up to congratulate them and learned that many young people of colour living in Harlem hadn't been exposed to ice sports and that the prohibitive costs of participating in hockey played a big factor in that. She recalled, "They said they had some girls that wanted to figure skate - would I meet them?"

A meeting between Sharon and these girls in a church basement was what set the ball in motion for a figure skating program in Harlem. "They were amazing, very embracing and we got some old used skates, we put them on and we started to skate on the north end of Central Park on Lasker Rink. I did that for about seven years. I just volunteered in my spare time and what was amazing to me was that it was like a Pied Piper effect. More and more girls wanted to do it and what I saw was that real transformation in them. Once they were given this opportunity to be introduced to figure skating, they really started to take pride in setting goals and learning to be resilient - falling down and getting back up," she said.

In 1997, when Sharon was coming out of graduate school, the after school program that was linked to the Lasker Park skating lessons was closing. Several parents, impressed by the positive changes they'd seen in the lives of their children, asked if she'd continue the program. "I took a break from my film pursuits, paired with the parents and together we launched Figure Skating In Harlem," explained Sharon. "I always believed that if you created something of value, the support would follow... The only caveat to this was that I believed if we to do a full-blown, youth development organization that education had to be the heart and skating was really the hook. We went from there and now, twenty years later, so many hundreds of girls have come through the program and gone on to colleges like Spellman, Brown, Michigan State, Williams... I could go on and on. We're just so proud of the results, because really, skating was the vehicle to teach lessons in perseverance and discipline and appreciating the arts... It's really just had a very positive effect and I'm so proud of the many people who have played such a big part in building this over the years - the parents, the students, the board and the community." Today, the program has a staff of over seventy time full-time and part-time workers... coaches, teachers, tutors, social workers and counsellors.

In a sport that has been - let's face it - extremely dominated by white people since its early roots, young skaters of colour growing up have had few role models to look up to on television. Sharon had skated with Bruno Jerry in Delaware, a skater of colour who went on to tour with the Ice Capades, but recognized her own need to learn more about the history of the community she was working with. She made educating herself on the history of Harlem, the Renaissance and African American skating history a priority. "So few African Americans had participated in the sport, let alone risen to the top. In my era it was Debi Thomas but we learned about Mabel Fairbanks, who was really an extraordinary pioneer. I have her photograph in my office and all my students learn about her history. She really broke barriers and was an unsung hero, really. She was skating in the same rink where we started at - in Lasker Rink - where they didn't allow people of colour to even get on the ice. She just defied that and got on the ice anyway. We really have great reverence for her history and the people she taught. Tai Babilonia and Atoy Wilson have been wonderful supporters of Figure Skating In Harlem because I think they see we are providing access to a sport that has historically never done any outreach to communities of colour."


For now, the biggest struggle for the program is getting ice time. "We create own culture of success and positivity but if we have more ice time I'm sure the next great skaters would be coming out of Figure Skating in Harlem. For now, our biggest focus is education," explained Sharon. However, the program has plans for expansion to Detroit, Michigan in 2017. Cohen hopes the program will continue to grow in the years to come. "I just realized that when you open the door and invite people in and you give them the same equality and access as anybody, they will fall in love with the sport. I think what makes me the most happy are the hundreds of girls who came through the program who never would have known that they loved to ice skate... And we're building leaders, young women who are educated, who have voices and are unafraid to take risks. We're really a holistic program and the support is needed, especially for young people today, with so many distractions, so many inequalities... We feel we're a second home to many young women. It's truly a village and there are so many talented, kind-hearted people out there."

Skate Guard is a blog dedicated to preserving the rich, colourful and fascinating history of figure skating and archives hundreds of compelling features and interviews in a searchable format for readers worldwide. Though there never has been nor will there be a charge for access to these resources, you taking the time to 'like' on the blog's Facebook page at http://www.facebook.com/SkateGuard would be so very much appreciated. Already 'liking'? Consider sharing this feature for others via social media. It would make all the difference in the blog reaching a wider audience. Have a question or comment regarding anything you have read here or have a suggestion for a topic related to figure skating history you would like to see covered? I'd love to hear from you! Learn the many ways you can reach out at http://skateguard1.blogspot.ca/p/contact.html.
Posted by Skate Guard Blog at February 08, 2017
Email ThisBlogThis!Share to TwitterShare to FacebookShare to Pinterest
Newer Post Older Post Home
"As a rule an author has one or two popular ways of contrasting the past with the present. He can treat the past as lying in comparative doleful ignorance, or he can explain that the past was infinitely superior to the day we live in. Of course, either method is the popular journalism of the moment, and in reality there is no sharp contrast, but a gradual transition which leads the past into the present." - Joel B. Liberman, Skating Club Of New York