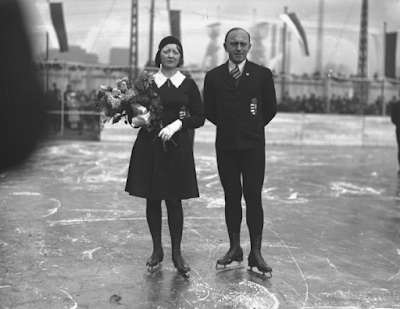 Born June 6, 1893 and February 22, 1901 in Budapest, Hungary, Olga Orgonista and Sándor Szalay practically grew up on the ice at the Városligeti Műjégpálya. In February of 1914, when she was only twelve Olga and her first partner (a speed skater named Ernő Komássy) competed against World Champions Helene Engelmann and Karl Mejstrik at an event in Budapest. They didn't win, but the Hungarian press remarked that they had a bright "future, especially if their style becomes more polished." It turned out that Olga's bright future was with Sándor, whom she teamed up with in the roaring twenties. 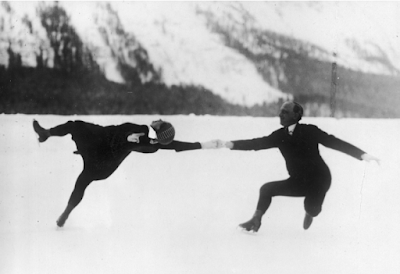 Olga and Sándor were both members of the BKE (Budapesti Korcsolyázó Egylet) and trained daily on outdoor ice. In their first international competition together at the Wiener Eislaufverein, they finished fourth behind Lilly Scholz and Otto Kaiser, Melitta Brunner and Ludwig Wrede and their training mates Emília Rotter and László Szollás. 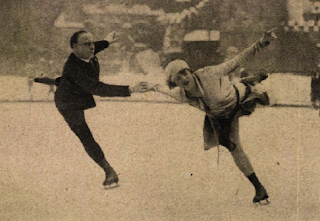 From 1928 to 1932, Olga and Sándor amassed an impressive list of honours. They won two medals at the World Championships (their first in 1929 being Hungary's first medal at an ISU Championship in pairs skating) and the first two European pairs titles ever contested. They also claimed the Hungarian title in pairs skating three times.


Disappointingly, Olga and Sándor finished fourth at both the 1932 Winter Olympic Games and World Championships. There was some controversy in Hungary about them even being sent to the Lake Placid Games, as they had skipped the Hungarian Championships in both 1931 and 1932. A  newspaper account of their skating recalled that they had "an excellent program with a beautiful design." 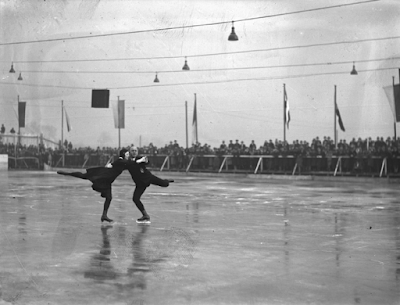 Olga and Sándor retired from competitive skating at the ages of thirty and thirty eight following the 1932 World Championships in Montreal and went their separate ways. She married and 'embraced domestic life'; he worked as a construction inspector in a rubber factory. After World War II, he played an important role in restoring the Városligeti Műjégpálya, which was damaged so badly by Allied bombings it was for a time unusable. He also served as President of the Hungarian Skating Federation from 1945 to 1950. Sándor passed away on April 5, 1965 at the age of seventy one; Olga died on November 20, 1978 at the age of seventy seven.

Skate Guard is a blog dedicated to preserving the rich, colourful and fascinating history of figure skating. Over ten years, the blog has featured over a thousand free articles covering all aspects of the sport's history, as well as four compelling in-depth features. To read the latest articles, follow the blog on Facebook, Twitter, Pinterest and YouTube. If you enjoy Skate Guard, please show your support for this archive by ordering a copy of the figure skating reference books "The Almanac of Canadian Figure Skating", "Technical Merit: A History of Figure Skating Jumps" and "A Bibliography of Figure Skating": https://skateguard1.blogspot.com/p/buy-book.html.
Posted by Skate Guard Blog at November 07, 2019
Email ThisBlogThis!Share to TwitterShare to FacebookShare to Pinterest
Newer Post Older Post Home