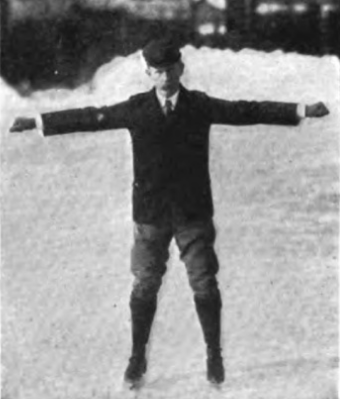 "In the primitive age, when skates consisted of pieces of bone bound to the feet with strips of hide, figure skating could hardly have reached the dignity of an art; but the light, strong and keen-bladed skates of recent years have made the possibilities of execution almost without limit." - John Franklin Bacon, "Outing" magazine, 1902

The son of Emeline (Sherman) and John Favor Bacon, John Franklin Bacon was born September 29, 1857 in Boston, Massachusetts. The Bacon's - John, his parents and brother Harry - grew up in a modest home on Washington Street. John's father worked as a carpenter and ship joiner to make ends meet, and when John was a teenager he began apprenticing as a watchmaker and jeweler in Cambridge. During the long winters, he took to Spy Pond in Arlington to skate. Though he received no formal instruction, he became obsessed with the intricacies of the craft and quickly developed a reputation as one of Boston's finest 'fancy' skaters. 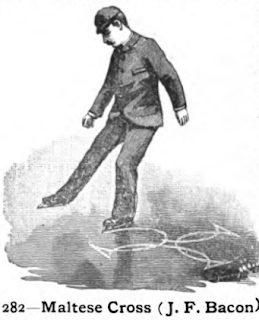 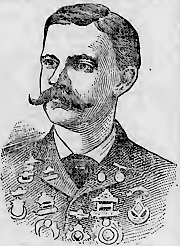 In 1888, John travelled to New York City to compete in a figure skating competition held at Fleetwood Park. He lost that competition to Frank P. Good and George Dawson Phillips, but was undeterred. Enroute to a victory at the Championships of America on February 22, 1893 over Herbert S. Evans and Thomas Vinson (Maribel Vinson Owen's father), John claimed the New England 'fancy' skating title. His 'secret weapon' during this period was the fact he had laid claim to a private seventeen by twenty three foot rink in Boston, giving him "a great deal more practice than any of his opponents who weren't similarly equipped." 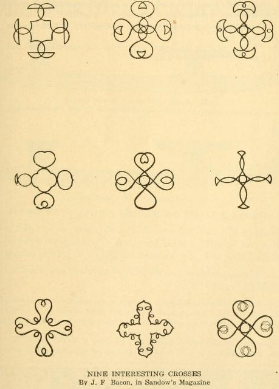 Baron Nils Posse, one of the judges at the latter competition, was quite critical of John's skating. Quoted in February 26, 1893 issue of "The New York Times", he remarked, "Bacon relied more on acrobatic feats, such as spread eagles, rather than upon legitimate figure designs... There is about as much sense in marking a man up for turning handsprings on the ice in a figure skating contest as in crediting for spread eagles or shooting ducks... Bacon's [figures] were ragged and small and made on spots that had previously been used, so that they did not show up well... Bacon has a bad habit of watching his feet too closely... [Herbert S.] Evans, with a little more practice, could make a good showing with the best skaters in Europe, but [I] would not risk Bacon with them." 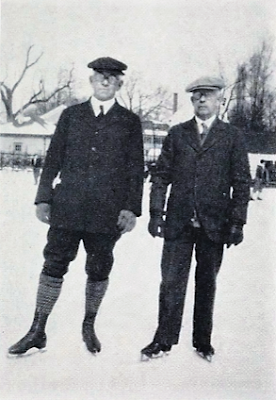 Unlike many of his contemporaries, John was more interested in the athletic side of free skating than carving out figures or waxing poetic about skating's artistic possibilities. His specialities were spread eagles, shoot-the-ducks and two foot whirls. 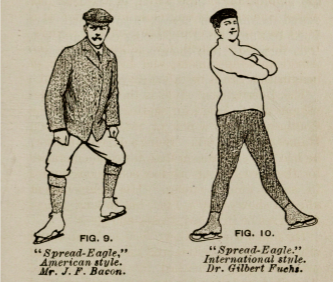 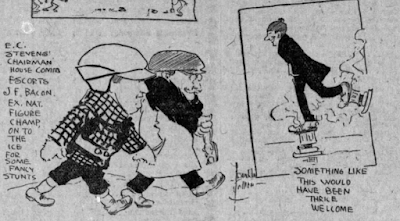 George Henry Browne remarked, "When one sees a skater like Mr. Bacon of the Cambridge Skating Club - American champion, 1893 - who in his field skating is almost never on his balance, whose movements are vigorous and rapid, whose arms and unemployed leg swing with rhythmic precision, who can spin like a top and fly like a bird, yet can hardly tell you how he does it all - though he, too, has perfect control of his edge - one sees the balance style and the swing style admirably adapted to the American conditions of small curve skating." John recognized that "in no sport is greater stress laid on good form than in figure skating", but chose to sacrifice form for athleticism. His biggest tricks may have only been waltz jumps and upright spins, but his athletic style stood out at a time when many free skating performances were particularly stoic and methodical. 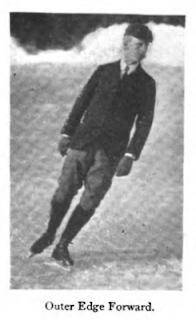 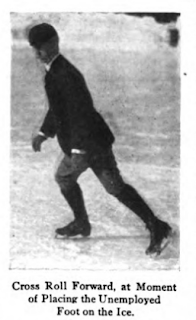 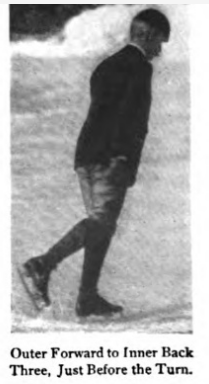 After his competitive victories in 1893, John joined the Cambridge Skating Club. Arthur M. Goodridge recalled, "J. Frank Bacon was at the Club a lot... with silver plated skates that had been given him with his name engraved on them. He was a small man - shorter than Mr. Browne - and he always brought his tiny skates wrapped up in chamois in a little mahogany box." When the club established the first skating tests in America, John served as one of the judges. He went on to judge many other American skating events during the first decade of the twentieth century.
On February 22, 1908, John participated in the first demonstration of figure skating in the Continental or International Style at the club, alongside Irving Brokaw and Karl Zenger. His performance wasn't in the Continental Style, but rather in the American 'fancy' style that had been most popular at the time he won the Championships of America. He later remarked that at the time he viewed the Continental Style as nothing more than "exaggerated posing", but that his views had "undergone quite a change."

When he wasn't skating, John could be found at his shop in Porter Square or at meetings of the North Cambridge Business Men's Association. He worked as a jeweler and watchmaker for some fifty years. He married Elizabeth Ward in 1900, and the happy couple took up residence on Mystic Valley Parkway in Medford City. They didn't have children. During The Great War, John briefly managed an ice rink converted from a roller rink in Albany. He passed away on December 19, 1932 in Medford City at the age of seventy-five, his legacy as one of Boston's first great champion skaters obscured by the sands of time.

Skate Guard is a blog dedicated to preserving the rich, colourful and fascinating history of figure skating and archives hundreds of compelling features and interviews in a searchable format for readers worldwide. Though there never has been nor will there be a charge for access to these resources, you taking the time to 'like' on the blog's Facebook page at http://www.facebook.com/SkateGuard would be so very much appreciated. Already 'liking'? Consider sharing this feature for others via social media. It would make all the difference in the blog reaching a wider audience. Have a question or comment regarding anything you have read here or have a suggestion for a topic related to figure skating history you would like to see covered? I'd love to hear from you! Learn the many ways you can reach out at http://skateguard1.blogspot.ca/p/contact.html.
Posted by Skate Guard Blog at September 08, 2022
Email ThisBlogThis!Share to TwitterShare to FacebookShare to Pinterest
Newer Post Older Post Home