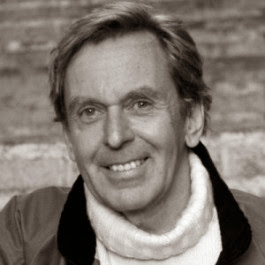 Toller Cranston's impact on figure skating isn't something you can measure by 6.0's, PCS scores or even applause. Quite arguably the most daring and influential skater of the 20th Century, Toller used skating as a means to an end and to say that the art that he so beautifully has shared with us both on and off the ice is innovative and beautifully expressive is really the understatement of whatever century you like. His successes in competition (both "amateur" and professional), as a performer, artist, commentator, writer and human are so larger than life that it's really so easy to forget just how genius his skating itself really was. It wasn't just fresh, exciting and relevant when he skated it. It's still fresh, exciting and relevant now.

Toller's many accomplishments as a professional and rich, layered, groundbreaking and vibrant style was irrelevant and irreverent to his amateur career. He was fortunate enough to be Canadian Champion from 1971-1976 and a World and Olympic Medallist but the true freedom of expression and movement that was afforded to Toller through both show skating and the professional competition model really gave him the best possible vehicle for his light to shine on the ice in my opinion. When asked what makes Toller so special and about his relevance to skating to this day, Douglas Webster of The Ice Theatre Of New York beautifully opined that "Toller's exuberant personality and grandiose flair was (and is still) so full of life and joy for the moment... the ability to say in one fabulous position... here I am; my heart, my soul, my being is filled right now and I'm going to share it with you. That is always relevant to being who you are and saying it without abandon. There is true joy in that."

To show just how exciting, fascinating and relevant his work still is, I wanted to examine and deconstruct one of his biggest tour de forces as a professional (and one of my personal favourites) - Toller's Firebird program set to Salsoul Orchestra's "Magic Bird Of Fire". This is not your IJS watered down "Firebird" program, baby. This is how it's done properly. I'm linking two videos below of Toller's performances of this iconic program so you can watch and compare:

Toller's repetition of movement in this piece is really groundbreaking as the use of repetition of movements in 3's or 4's for dramatic effect wasn't something that we saw a lot of in choreography of eligible programs until Jayne Torvill and Christopher Dean started stealing shows with their choreography not only for themselves but for the Duchesnay's as well. In this program, we not only see the repetition of those kick like movements but also in the Russian split moves (performed four times in the World Professional Championships performance and thrice in the International Professional Championships/Labatt ProSkate effort). Toller also repeats the broken leg spin and the double stag jump which he performed earlier in the program and in the middle of his jump series with the triple Salchow. What's interesting about the repetition of jumps and spins in a technical program for dramatic effect is that he's making use not only of the music but demonstrating his ability to perform technical elements TO music. The timing of a jump or a spin TO your music not only shows your technical ability and sense of timing but your confidence as well. It just exudes in this performance, which I love.

"I strive to be new and different all time. I'm always searching and I'm never content with one choreographic routine. I've just got to change all the time and be different. And so I think with my skating performances, as far as skaters are concerned, there's always a certain amount of excitement because they're unexpected. I mean, they never know what I'll do next," Toller revelled. And that's really what it came down in Toller's skating. There was not only this controlled abandon but an ever changing tableau, almost like an artist being asked to paint the same painting twice but drawing the bowl of fruit on the table differently each time. One day it's an apple, another an orange, and the third day you go back and see a giant pineapple and are like say whaaaaat? Toller's programs were always quintessentially him, but details changed from performance to performance. He kept it fresh. The jump sequence changed from performance to performance as do spins, details in footwork and arm movements although the general layout and choreography remain remarkably consistent. Nathan Birch, who skated with John Curry's Company and started The Next Ice Age, felt that "what makes Toller such an incredible improviser is that he knows his music intimately down to every note, beat, and intonation. This fact allows his freedom to reign unabashed and perfectly imperfect, in a way we all wish we could experience abandon. He remains a great inspiration to every artist of the ice or any medium."

As impeccable as his timing and choreography are, it's really his expression of the music that stands out in "The Firebird" and each and every Toller Cranston performance we've been blessed to witness. CBC skating commentator PJ Kwong offered that "when I was a young skater, I remember watching Toller Cranston with a high degree of fascination. Like some kind of rare and colourful bird it was impossible to not watch and be completely enthralled. Toller’s Firebird was the perfect expression of this iconic music and beautifully costumed to boot. He definitely put the ‘Fire’ in Firebird."

That timing, that choreography and passion for expression... and fearlessness to be himself was really something that was consistent throughout Toller Cranston's performances and career. The joy and the flair he possessed as a skater were the exception, not the rule and to this day, we've certainly seen some very innovative and risk taking skaters (mostly in professional skating) but there has never been another Toller Cranston. There never will be. One thing's for sure, "The Firebird" is a real gem.

Was this your cup of tea? Well, don't just stand there! In order for this blog to reach a wider audience, I could sure use a little help. All you have to do is "LIKE" the blog's Facebook page at http://www.facebook.com/SkateGuard for instant access to all of the new blog articles, features and interviews as they are made available. I also share daily updates and headlines from the skating world, videos and much more that's not here on the blog, so if you love figure skating as much I do, it would really be rude not to get on that inside edge! You can also follow all of the fun along on Twitter at http://twitter.com/SkateGuardBlog. If you know someone who loves skating, tell them! It's all about getting a dialogue going on! Fabulous skating is too fabulous to keep secret. Am I right or am I right?
Posted by Skate Guard Blog at December 20, 2013
Email ThisBlogThis!Share to TwitterShare to FacebookShare to Pinterest
Newer Post Older Post Home
"As a rule an author has one or two popular ways of contrasting the past with the present. He can treat the past as lying in comparative doleful ignorance, or he can explain that the past was infinitely superior to the day we live in. Of course, either method is the popular journalism of the moment, and in reality there is no sharp contrast, but a gradual transition which leads the past into the present." - Joel B. Liberman, Skating Club Of New York