Adele Inge, The Girl Who Did Backflips On Ice During World War II 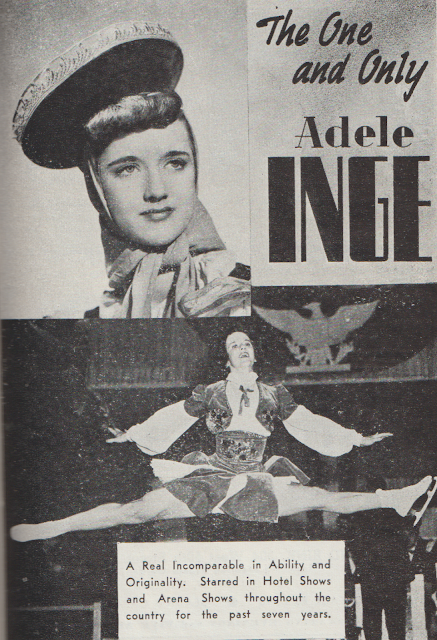 Every eight months or so, one of those listicle type news sites will run one of those clickbaity pieces claiming Surya Bonaly was either the first or only woman to perform a backflip on ice. I kind of cringe a little each time. What about Rory Flack? Lori Benton? Ashley Clark? Sally Richardson? And what about Adele Inge? Got to love crackerjack research. Something, something "Wikipedia said so". Oh sweetie no... 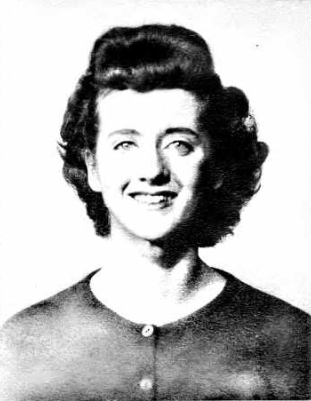 The daughter of Emma and Everett Inge, Adele Inge was born July 25, 1925 in St. Louis, Missouri. Her father was a real estate broker. Largely self-taught, she started skating as a youngster on her own private, homemade twelve by twenty six foot ice rink constructed in the basement of her parents' Clayton Township home. 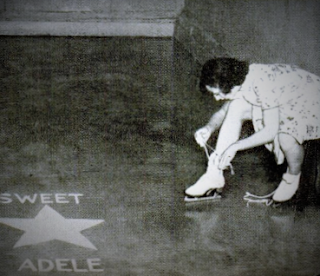 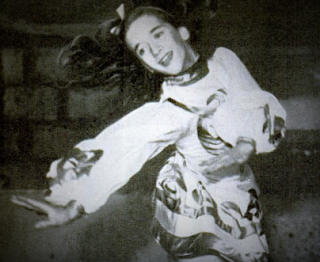 An athletic child, by the age of nine Adele was beating her male classmates in track and field, tennis and cycling. She also excelled at everything from horseback riding to tap dance. But it wasn't until she started to copy the gymnastic stunts of her three older brothers, Robert, Ray and Oliver, on the ice in the basement rink that father Everett truly realized that he had a star on his hands. 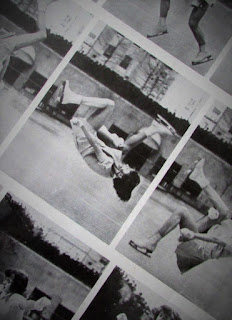 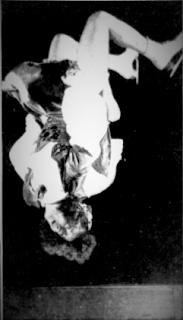 Everett hauled his daughter out of school and hired a woman named Mildred Massee who had studied at The Sorbonne in Paris' Latin Quarter to act as her tutor. He proceeded to take on a second job... acting as his little show pony's manager. In what spare time she had, Adele enjoyed photography,  golf, swimming and horseback riding. 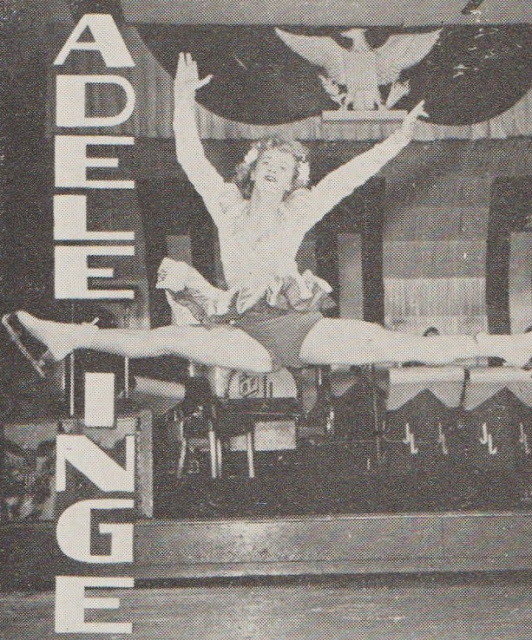 In the late thirties, Adele made her big debut appearing in Sonja Henie's revue. To say her act was an artistic masterpiece would be the exaggeration of the century, but Adele's high flying split jumps, Arabian cartwheels and acrobatic stunts - including a backflip - left audiences struggling to pull their jaws up on the floor. 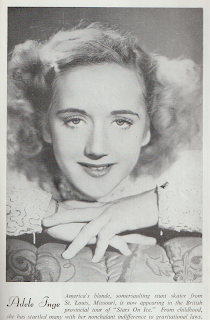 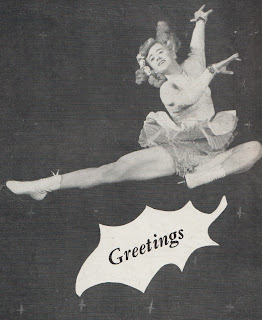 Before she was even fifteen, Adele had done everything from acting in the St. Louis production of "Murder In The Red Barn" to ice skating at the International Casino on 42nd Street in Times Square, New York. In 1942, Adele starred in a series of shows in the Terrace Room of the Hotel New Yorker, accompanied by no less of a star than Benny Goodman himself. She appeared in select cities with the Ice Capades tour in 1942. Then, in the middle of World War II, her fairy tale almost ended.

On June 19, 1943, Everett Inge died suddenly in St. Louis, Missouri. A seventeen year old Adele's future seemed uncertain but an invitation to perform in the Century Room at The Adolphus Hotel in Dallas, Texas kept Adele's fifteen minutes of fame going. Making her rounds on the hotel ice show circuit, Adele was the toast of the Netherland Plaza Hotel's ice show in Cincinnati in 1944 and 1945. The March 25, 1944 issue of "Billboard" magazine boasted, "Adele Inge, featured, is the most capable fem ever to cavort on the ice here, and she seems to improve with every showing. She has a figure, appearance and grace, and totes a big bag of ice tricks, including spins, twists, whirls and more, far above the average. Her waltzing to 'Warsaw Concerto' is the hit of this show." 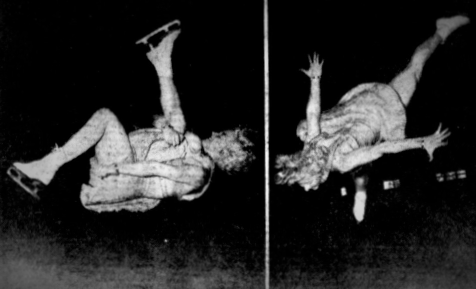 In the late forties, Adele took her act to Great Britain and appeared alongside Daphne Walker and The Three Rookies in the show "Stars On Ice" at the Stoll Theatre. In 1951, she even skated in Brazil. By 1952, the highly in demand skater was starring in the revue "Calendar Capers" on the ice tank in the Boulevard Room of the Conrad Hilton Hotel in Chicago. Her star slowly waning, Adele enjoyed limited success as the star of "Spice And Ice" on the Tivoli Circuit in Australia in 1958. Her last big gig? Doing advertisements for Kraft Bonox beef broth. 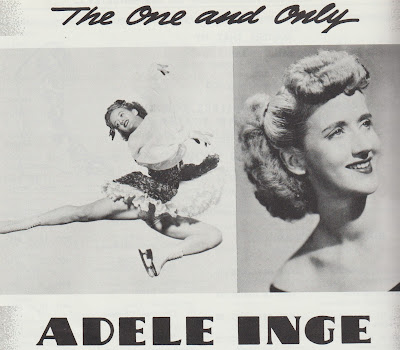 Just as quickly as she'd risen to prominence, Adele Inge faded into absolute obscurity. You won't find her name in any of those listicles or in the World Figure Skating Hall Of Fame. History has a funny way of choosing who gets remembered and who gets forgotten and it's truly a shame, because I think a female figure skater who was doing backflips in the thirties and forties deserves at least an honourable mention. But what do I know?

Skate Guard is a blog dedicated to preserving the rich, colourful and fascinating history of figure skating and archives hundreds of compelling features and interviews in a searchable format for readers worldwide. Though there never has been nor will there be a charge for access to these resources, you taking the time to 'like' on the blog's Facebook page at http://www.facebook.com/SkateGuard would be so very much appreciated. Already 'liking'? Consider sharing this feature for others via social media. It would make all the difference in the blog reaching a wider audience. Have a question or comment regarding anything you have read here or have a suggestion for a topic related to figure skating history you would like to see covered? I'd love to hear from you! Learn the many ways you can reach out at http://skateguard1.blogspot.ca/p/contact.html.
Posted by Skate Guard Blog at July 07, 2016
Email ThisBlogThis!Share to TwitterShare to FacebookShare to Pinterest
Newer Post Older Post Home
"As a rule an author has one or two popular ways of contrasting the past with the present. He can treat the past as lying in comparative doleful ignorance, or he can explain that the past was infinitely superior to the day we live in. Of course, either method is the popular journalism of the moment, and in reality there is no sharp contrast, but a gradual transition which leads the past into the present." - Joel B. Liberman, Skating Club Of New York