The Magician From Mission Hill: The Paul McGrath Story

"Expression should not be held inside when skating." - Paul McGrath, "The Harvard Crimson", April 18, 1974

Boston, Massachusetts... home of Maribel Vinson Owen, the cream donut and Meagan Duhamel's new favourite place to scream in the air. It was also the home of the subject of today's blog, a skater whose contributions to the sport have never really been recognized to the extent they should have been.

Born August 21, 1946, Paul McGrath was the son of Catherine (Linehan) and Francis McGrath, a tool and die maker. The McGrath's were an Irish Catholic working class family that lived in the Boston neighbourhood of Mission Hill and figure skating was something that Paul discovered at the age of twelve in 1958. He bought his first pair of skates - three sizes too small - at a rummage sale for fifty cents. It wasn't long after he first took to the ice that people started recognizing that he had something special: a striking ability to interpret music. He joined the Commonwealth Figure Skating Club and supplemented his usual training with ice time at the Skating Club Of Boston. "I trained at the Skating Club [Of Boston] but I wasn't a member; I was only allowed on the ice during certain hours," Paul explained in an April 26, 1984 interview in The Boston Globe. "I was the proverbial weed poking through the sidewalk."

That 'weed' was the prize pupil of Olympic Silver Medallist, World and European Champion Cecilia Colledge. She guided him to a second place finish in the novice men's event at the 1962 U.S. Championships in front of a hometown audience at Boston's McHugh Forum in only his fourth year skating. Two years later in Cleveland, Paul placed fourth in the junior men's competition behind Tim Wood, Duane Maki and Richard Callaghan. In 1965 at the age of eighteen, he won the Eastern and U.S. junior men's titles and finished second at the Lake Placid Summer Competition right behind Canadian Champion Dr. Charles Snelling. He continued to skate through the 1966/1967 season then decided to call it quits. "My whole family sacrificed everything for my training until they just couldn't swing it anymore," Paul explained in 1984. "But I'd already been told by some powerful people in skating that I wouldn't make it to the Olympics in 1968, because the other contenders for the team had better connections. There's a lot of politics in skating." 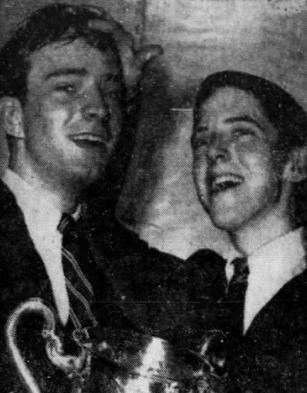 Paul McGrath and Bobby Black at the 1965 U.S. Championships

After graduating from Newman Preparatory School and attending Emerson College, Paul became the Radcliffe figure skating instructor at the Donald C. Watson Rink just north of Harvard Stadium. He also coached at the Hayden Recreation Centre and the North Shore and Commonwealth Figure Skating Clubs. In 1969 and 1970, he finished second at the World Professional Championships in England. In 1974, he earned seven perfect scores and won the World Professional Championships in Jaca, Spain. Skating to "Carmina Burana", Paul was a pioneer in introducing vocal music to professional competition. In the April 18, 1974 issue of "The Harvard Crimson" he explained, "I used this music not for the words but for the sound of the voice, so that I could interpret the sounds... Any music is appropriate if you can express what you want to." His repertoire of programs was extremely eclectic for the period. He performed to everything from Mahler's "Symphony No. 10" to a drum solo by Ringo Starr.

It was at the World Professional Championships at Wembley that Paul first met Lorna Brown. "After my performance," she recalled, "This guy comes running up to me who I'd never really seen because I hadn't seen him skate at that point because [the men] were after us. He came up to me, hugging me, saying, 'You really came through!' and I could never forget that moment. I felt like I'd met someone who was on the same wavelength; the same artistic plane as me. We got together and we became lovers. We travelled back and forth for a while and then one day, I was in Boston at his apartment and one of his lovers came in and it was a really scary situation. Eventually, we broke up because it just wasn't right for him. But for a time we had an amazing relationship. It was very much based on the art. We had so much in common. We went to art galleries in New York together, he bought me a ring. It looked like we were going to get married at one point. When I went to the Boston Skating Club, there was a great big banner the whole length of the rink that had been put up at the back where the seating was: 'Welcome Lorna'. I was just blown away. He had me performing for his skaters and dancing in someone's house on a stage. It was just amazing, really. We loved each other and we continued to be friends but there was no connection in any way, shape or form at that point because I had totally accepted that he'd decided one hundred percent that he was gay and I could completely accept that."

Paul's artistic and musically sensitive performance style later caught the eye of Olympic Gold Medallist John Curry, who invited him to perform in his "Theatre Of Skating" at the Cambridge Theatre in London. After the show, John sent Paul packing. "There wasn't an obvious dislike going on that we could see," explained Lorna Brown. "Nobody ever spoke about John and Paul but I think they differed artistically. I think maybe John criticized Paul. He was an incredible jumper and John wasn't. Anything that would upstage John, especially from a man, he wouldn't have. Also, I think Paul was not as classical as John. He was very, very much a free spirit. He was an individual artist. He didn't follow anybody. He was a complete individual. He would stand on one of the openings going on to the ice and literally, he would step onto the ice and do a triple jump from nothing. He was an amazing jumper, incredible technician and a great artist. He wasn't copying anybody. He was his own person."

After winning a second World Professional title in Jaca in 1977, Paul focused his attention primarily on coaching and choreography and took a job at the Skating Club Of Boston. Among his students were Catherine Foulkes and Jill Frost. Jill was a promising American skater who won the U.S. novice and junior titles but like her coach, never won a medal in the senior ranks at the U.S. Championships. Like her coach, Catherine skated in John Curry's Company. Paul's work was highly praised by his peers. His choreography was a cut above much of the shtick of the period.

Paul was outspoken about how figure skating was presented to television audiences. He believed too much emphasis was placed on the technical elements and not enough attention was paid to educating audiences about the second mark. He bemoaned, "Television has built a huge audience for skating...  How would you like it if in the middle of Swan Lake,' the announcer came on and said, Now watch that arabesque!' TV skating is just not handled from an aesthetic viewpoint." 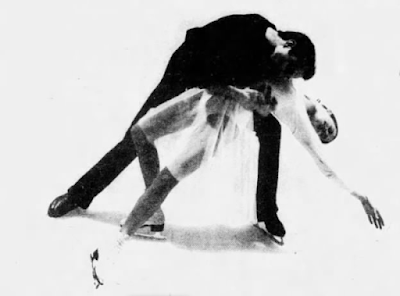 Sadly, Paul left this world far too soon. He passed away on December 3, 1990 at the age of forty four of liver cancer (a complication of HIV/AIDS) at the Youvill Hospital in Cambridge, Massachusetts. Lorna Brown learned about Paul's death when she went to John Curry's memorial in New York. "To hear about Paul's death, among so many others, when I was standing on stage was absolutely heartbreaking. I sobbed." The last time they had seen each other was in London in the seventies.

Since 1992, Paul has been honoured posthumously by the Professional Skaters Association with the Paul McGrath Choreographer Of The Year Award. Winners have included Sandra Bezic, Sarah Kawahara, Brian Wright, Lori Nichol, Tom Dickson and David Wilson. Lorna Brown recalled, "He was very funny. He was a person who loved to enjoy life. He loved performing and that was maybe what John crushed a little bit because he kept Paul back. He wouldn't allow Paul to do the things that he was really best at. We would laugh a lot. He was a very passionate person, very meaningful and compassionate as well. A beautiful person with a lot of love in his heart."

Skate Guard is a blog dedicated to preserving the rich, colourful and fascinating history of figure skating and archives hundreds of compelling features and interviews in a searchable format for readers worldwide. Though there never has been nor will there be a charge for access to these resources, you taking the time to 'like' on the blog's Facebook page at http://www.facebook.com/SkateGuard would be so very much appreciated. Already 'liking'? Consider sharing this feature for others via social media. It would make all the difference in the blog reaching a wider audience. Have a question or comment regarding anything you have read here or have a suggestion for a topic related to figure skating history you would like to see covered? I'd love to hear from you! Learn the many ways you can reach out at http://skateguard1.blogspot.ca/p/contact.html.
Posted by Skate Guard Blog at July 05, 2016
Email ThisBlogThis!Share to TwitterShare to FacebookShare to Pinterest
Newer Post Older Post Home