The Jubliant Jakobssons: Finland's First And Only Olympic Gold Medallists 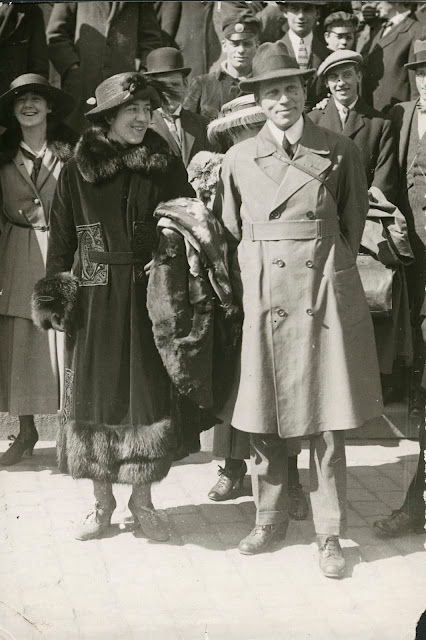 The story of how Finland's first and only Olympic Gold Medallists rose to prominence and dominated the figure skating world for close to two decades is one that has sadly been too often neglected entirely. Yet, the story of Ludovika and Walter Jakobsson is perhaps one of the most interesting out there! Thanks to Johan as well as Tua, Harald, Peggy, Klas Johan and Bruno (members of the Jakobsson family) I am thrilled to be able to share their incredible story.

Ludovika Antje Margareta Eilers was born July 25, 1884 in Potsdam, Brandenburg, Germany and raised in Berlin by affluent Lutheran parents Johann and Anna Marie Elisabeth (Hintze) Eilers. The oldest of five siblings, Ludovika acted as chaperone to her brothers Richard, Werner and Rudolph and sister Elisabeth on their frequent winter trips to skate at the Berliner Schlittschuhclub. Though her siblings enjoyed skating, Ludovika lived and breathed it. She soon became regarded as one of the finest young skaters at her club. Her father's money allowed her to travel extensively in her youth. In her teenage years, she crossed the Atlantic to visit a relative in America and exhibited her skating in Vienna and St. Petersburg to the delight of audiences. 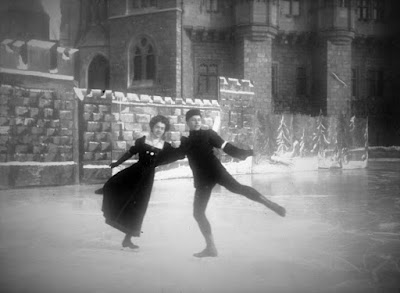 
Walter Andreas Jakobsson was born February 6, 1882 in Helsinki to Anders and Emilie (Wesström) Jakobsson . He had two sisters, Irene and Lilly, and a younger brother named Gunnar. I guess you could say sport was in his blood to some extent, as his cousin Jarl Gustav Anian Jakobsson was a 1908 Summer Olympian in javelin and long jump. Walter actually got his start on the ice at the age of twelve as a speed skater, switching ten years later (along with his brother Gunnar) to figure skating. Walter's exhibitions in Helsinki with Miss E. Bergh in the early twentieth century were popular with audiences. An intelligent young man, he spoke Finnish, German and a little English, but Swedish was his mother tongue. He was an avid amateur photographer, joining the Amatörfotografklubben i Helsingfors (AFK) in 1902. The following year, he won second prize in an open photo exhibition at the Ateneum Art Museum. Using newly marketed Lumière plates, he was praised for his artistry as a photographer and described by photographer and author Gunnar Lönnqvist as a "happy young man [with a] student cap [on his] head and a tin camera in his hand... This young engineering student mastered the photographic techniques to perfection, doing his most valuable artistic work using special printing methods. In the work of Walter Jakobsson dark tones dominate. He chose sparingly and dramatically lighted subjects. His city views are photographed in rainy weather with gleaming wet asphalt and outlines softened by drizzle and mist. The processing enhanced the character and air of his subjects to comply with his artistic views and aims." Jakobsson's photographs of Finnish figure skaters during this period also helped preserve his country's skating history for future generations. 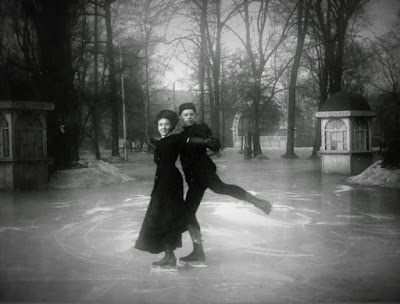 The future Olympic Gold Medallists met in 1908 in Berlin. Ludovika had just finished skating a beautiful waltz with a university library clerk. Afterwards, a group of Finns approached the duo to thank them for their lovely performance. One of the men handed her a bouquet of violets. That man was Walter Jakobsson. 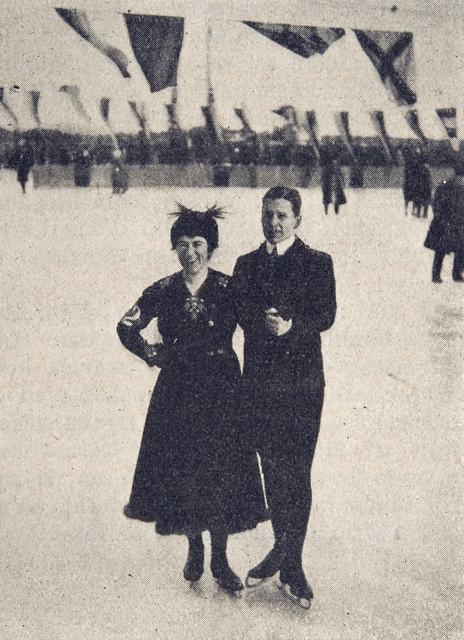 Walter was in Berlin to study at the TH Charlottenburg (Royal Technical Higher School of Charlottenburg) for a degree in electrical and mechanical engineering. He had arrived in Germany without skates as his mother had suggested that if he left them at home, he'd spend less time skating and more time studying. Soon after seeing Ludovika skate, he bought a new pair. Appreciating the Finn's enthusiasm and admiration, she agreed to skate as a pair with him. A year later, they were sent to Budapest to perform and in 1910, they won the silver medal behind Olympic Gold Medallists Anna Hübler and Heinrich Burger at the World Championships in Berlin, Germany. 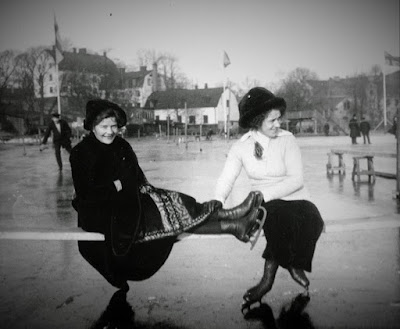 Soon, romance blossomed and the two skaters became engaged. Walter proposed that the couple move to his native Finland. In a memoir discovered by historian Henriikka Heikinheimo, Ludovika wrote, "He wanted to marry me... Maybe I was a diva or a practical German or whatever - but for some time, I was [against] having been [sent to] Helsinki. I asked what was his actions [were] and in the future our apartment - not just go there and get married." She agreed to go to Helsinki to check things out, and when accommodations weren't found that suited her, she announced she was leaving for Berlin. Disappointed, Walter followed her back to Germany, where they married on July 27, 1911 at the ages of twenty seven and twenty nine. They lived in Berlin for a time while Walter worked for Siemens as a construction engineer before taking up residence in an apartment in Helsinki's Punavuori district owned by Walter's grandparents. He got a job with Strömberg Oy, a company that produced electric motors and later became the technical director of Osakeyhtiö Kone Aktiebolag, a company that manufactured cranes, elevators and electric hoists. 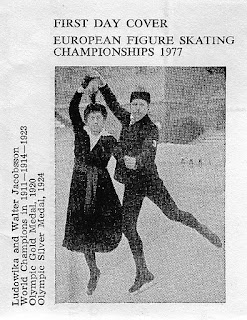 Postage stamp commemorating the Jakobsson's released in conjunction with the 1977 European Championships. Courtesy Harald Lindner. Used with permission of the Jakobsson family.

Helsinki welcomed the talented couple with open arms, taking them into the fold at the Helsingfors Skridskoklubb and reserving them a private section of ice north of the city's harbour to train during the long Scandinavian winters. To keep fit in the summers, the couple ran for twenty minutes every day... in their apartment to the horror of their servant. 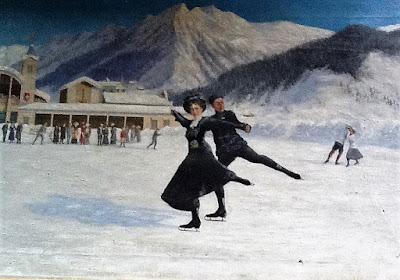 Painting of The Jakobsson's. Courtesy Klas Johan Roos; Used with permission of the Jakobsson family.

The duo's competitive record prior to World War I was nothing short of stellar. They both claimed Finnish titles in both singles and pairs and won five consecutive medals at the World Championships, two of them gold. Ludovika even claimed the bronze medal in the women's event at the 1911 World Championships in Vienna. While competing with Ludovika, Walter routinely acted as Finland's judge for men's and women's figure skating competitions. The December 24, 1909 issue of the Finnish newspaper "Helsingin Sanomat" noted the Jakobssons skated with a "kind of rigidity, which is a nice charm [of the] Nordic style." 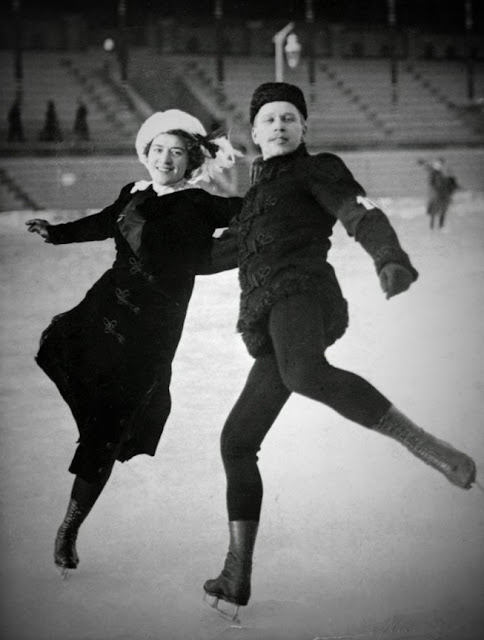 When international competitions resumed following the first World War, the Jakobssons won their first of two Nordic titles in Oslo in 1919. After welcoming their first of two daughters to the world, the following year, they headed to Antwerp, Belgium to participate in the 1920 Summer Olympic Games. 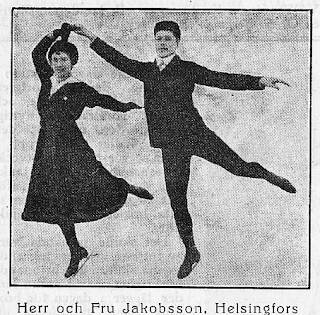 They arrived a few weeks before the figure skating competition to practice every morning and afternoon at the Palais de Glace d'Anvers, which had been constructed specifically for the Games. Many Belgians flocked to see the talented pair skate in warm spring weather as it was a novelty. He dressed in slacks, long socks and a sweater, white starched shirt and tie and her in an ankle length black dress and a smart jeweled black hat with a feathered spray, they made quite the sharp looking pair when they took to the ice as the last of eight teams contesting for Olympic gold. Sakari Ilmanen wrote of their performance, "They did not have many moments on the ice when you realized that they were not in a great mood for ice skating. Not a trace of the competition fever, severe jumps and turns succeeded perfectly, the skating was punctual and full presentation of the music. It was ice skating which received enthusiasm [from] the audience. Almost incessantly throughout the skating time, they showed tumultuous applause." Defeating Norwegians Alexia and Yngvar Bryn and Britons Phyllis Johnson and Basil Williams by a wide margin, they became Finland's first and only Olympic Gold Medallists in figure skating. Although Greco-Roman wrestler Verner Weckman was Finland's first Olympic Gold Medallist back in 1908, the Jakobsson's were the country's first Olympic Gold Medallists since the country achieved independence from Russia in 1917. Additionally, Ludovika became Finland's first female Olympic gold medallist in any sport. 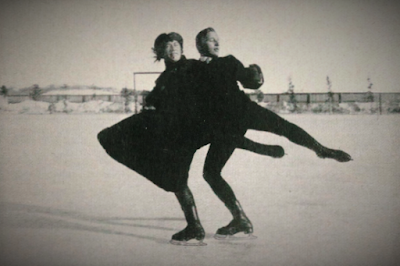 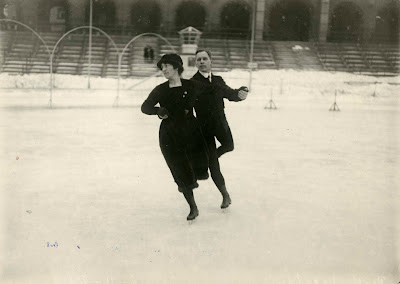 Following their Olympic win, the Jakobssons made a cameo in the Finnish film "Polyteekkarifilmi" and won a silver medal at the 1922 World Championships in Davos, their third World title in Oslo in 1923 and an Olympic silver medal at the 1924 Winter Olympic Games in Chamonix, France behind Austrians Helene Engelmann and Alfred Berger. After a four year hiatus from competition, they returned to participate in their third Olympics in St. Moritz in 1928, where they placed a disappointing fifth. 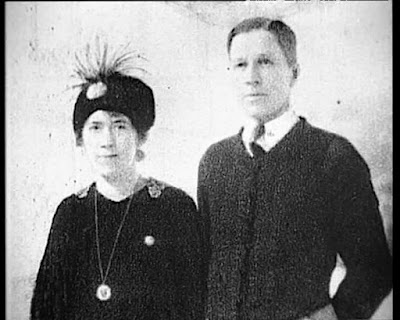 Ludovika appeared in a few Finnish silent films and took up judging for a time before focusing her attention on training young skaters in Helsinki. She is credited with helping build the Finnish skating program and in particular for her work with young women. Walter served as President of the Helsingfors Skridskoklubb for decades and was responsible for the development of the Johannesplan in Helsinki. However, his primary focus was always judging. He pushed the International Skating Union to drop the highest and lowest marks in an effort to curb national bias and helped decide the results of countless World and European Championships. Walter often called it as he saw it, even if his decisions were deemed controversial by others. At the 1929 World Championships in Budapest, he placed Sonja Henie third in the free skate behind Austrians Melitta Brunner and Fritzi Burger. At the 1933 World Championships in Stockholm, he was the only judge to place Vivi-Anne Hultén ahead of Henie in the figures. One can only imagine the stress of his post as the referee of the women's competition at the 1936 Winter Olympics in Garmisch-Partenkirchen, where Sonja Henie won her third Olympic gold medal as the Nazis looked on. 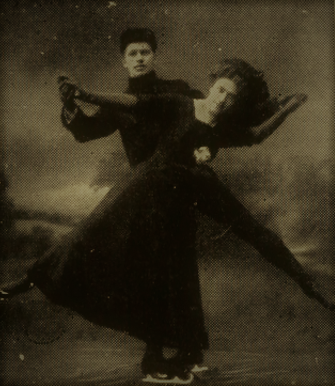 "Walter and Ludovika were the most charming and friendly couple with families in Finland, Switzerland and Germany. They had also friends all over the world," recalled members of the Jakobsson family in a December 2016 letter. "They did a lot of voluntary work and were good gardeners. They had a very large and beautiful garden in their very charming summerhouse outside Helsinki by the sea. Walter was also a handyman, making his own garden furniture as well as giving the knowledge to his grandchildren, and their friends. He arranged also sailing competitions and [taught] sailing rules and gentlemanship to the neighbouring children. He also arranged 'Olympic Games' for the children when Helsinki had the Olympics in 1952. They are still mentioned by their family and by people who had been trained by them." 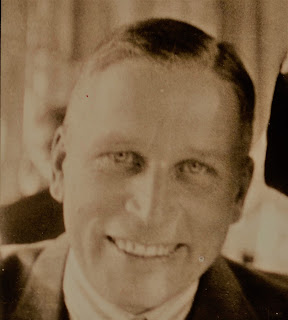 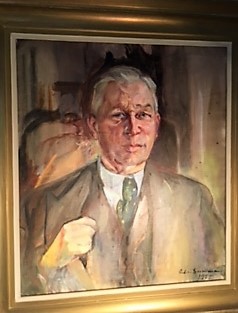 Walter passed away on June 10, 1957 while in Zürich, Switzerland and Ludovika retired from coaching, passing away eleven years later on November 1, 1968. Inducted posthumously to Finland's Sports Hall Of Fame in 2010 and the World Figure Skating Hall Of Fame in 2013, they remain the most successful pairs team ever to have represented Finland in international competition. Skating historian Gunnar Bang once argued, "They are the rightly considered the most skillful exponents of good style in pair skating that perhaps ever existed."

Skate Guard is a blog dedicated to preserving the rich, colourful and fascinating history of figure skating and archives hundreds of compelling features and interviews in a searchable format for readers worldwide. Though there never has been nor will there be a charge for access to these resources, you taking the time to 'like' on the blog's Facebook page at http://www.facebook.com/SkateGuard would be so very much appreciated. Already 'liking'? Consider sharing this feature for others via social media. It would make all the difference in the blog reaching a wider audience. Have a question or comment regarding anything you have read here or have a suggestion for a topic related to figure skating history you would like to see covered? I'd love to hear from you! Learn the many ways you can reach out at http://skateguard1.blogspot.ca/p/contact.html.
Posted by Skate Guard Blog at January 02, 2017
Email ThisBlogThis!Share to TwitterShare to FacebookShare to Pinterest
Newer Post Older Post Home