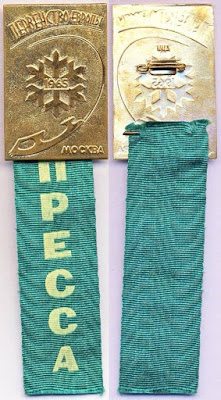 From February 11 to 15, 1965, Europe's best figure skaters flocked to the Palace Of Sports at Moscow's Lenin Central Stadium. It was the first time the European Championships had been held in Russia since 1911 and for many of the participants, their first exposure to life behind the Iron Curtain. Interestingly, the event was actually one of the first European Championships to be widely broadcast. France and Great Britain each treated television viewers back home to two hours of skating coverage and in West Germany, skating fans got to see a full eight hours of coverage. Curious as to how things played out? Dress warmly and pile into the time machine, we're going "Back In The USSR" and you don't how lucky you are!

Because the British team travelled first by ship and then took a two and a half day trek by train, the 1965 European Championships were one rare occasion when Mrs. Gladys Hogg - who refused to take an airplane - got to see her talented pupils compete on the international stage. In the compulsory dances - the Argentine Tango, Foxtrot, Viennese Waltz and Quickstep - reigning European and World Champions Eva Romanová and Pavel Roman led the way ahead of the three British teams competing. They won the free dance and title with what Lynn Copley-Graves described in her book "Figure Skating History: The Evolution Of Dance On The Ice" as a program that was "beautifully in time". 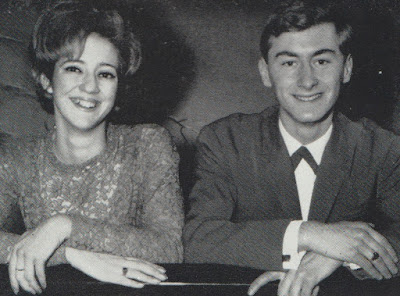 Although Janet Sawbridge and David Hickinbottom and Yvonne Suddick and Roger Kennerson were the two British teams who made the podium that year, it was the free dance of the fourth place team, Diane Towler and Bernard Ford, that incensed former World Champion Lawrence Demmy. He wrote in "Skating World" in March 1965: "This night belonged to Ford-Towler. They were magnificient, everything came off just so - the audience loved them, and they received a tremendous ovation." Hungarians György Korda and Pal Vásárhelyi, also students of Mrs. Hogg, placed fifth, followed by teams from West Germany, Czechoslovakia and France. The event marked only the second time in history that a Soviet ice dance team appeared at the European Championships. The first time the Soviets had placed dead last. This time on home turf, Nadejda Velle and Alexandr Treschev placed an unlucky thirteenth. However, sitting in the audience studying intently were two young skaters who didn't need luck... Lyudmila Pakhomova and Alexander Gorshkov.


After narrowly missing the podium at the 1964 Olympic Games, European and World Championships, Austria's Emmerich Danzer was looking to make a statement in Moscow and with two of the three men who had placed ahead of him at the 1964 European Championships in Grenoble not in attendance, he had a fighting chance. In the school figures, he narrowly edged defending champion Alain Calmat five judges to four. 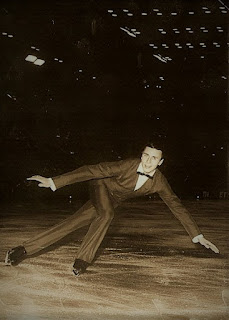 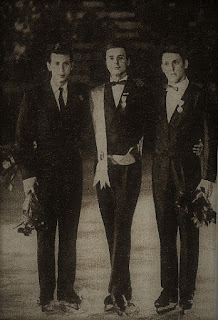 In the free skate, the results were even closer. Calmat actually had five first place ordinals, Danzer two. One judge tied them and another gave the nod to West Germany's Sepp Schönmetzler. When the scores were tallied up, Danzer had managed to defeat Calmat by a mere two places. The bronze medal went to another Austrian, Vienna's Peter Jonas, and Schönmetzler settled for fourth. To top of all the excitement, three future Olympic Medallists managed top ten finishes. Wolfgang Schwarz was fifth, Ondrej Nepela eighth and Sergei Chetverukhin tenth.

Two years later, skating historian Dennis Bird noted that had the fifty/fifty ratio between figures and free skating been in place at that time, Alain Calmat would certainly have beaten Emmerich Danzer. 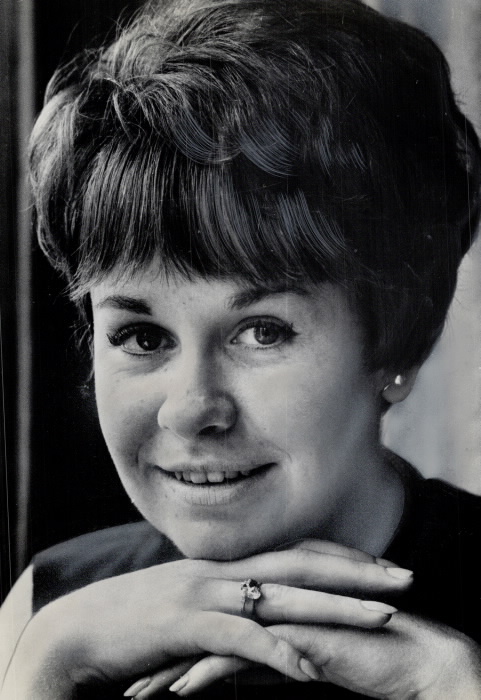 Twenty women vied for the 1965 European title, among them three incredibly talented people who would make great impacts on the sport as coaches, choreographers and judges: Tamara Moskvina [Bratus], Uschi Keszler and Sally-Anne Stapleford. However, with the retirement of Sjoukje Dijkstra, it was Regine Heitzer's time to shine. In true Austrian fashion, she dominated the school figures with first place ordinals from all nine judges. Stapleford and her British teammate, Diana Clifton-Peach, were second and third. The results of the free skate were a completely different story as four different women had first place ordinals: Heitzer, Helli Sengtschmid of Austria, Gaby Seyfert of East Germany and Hana Mašková of Czechoslovakia. With but one first place ordinal in the free skate, Heitzer won the gold medal on the strength of her superb school figures. Stapleford, whose highest ordinal in the free skate was fifth, took the silver. France's Nicole Hassler took the bronze with only one free skate ordinal in the top three. Sengtschmid, Seyfert, Clifton-Peach and Mašková followed in the standings in one of the most 'all over the place' women's competitions in the history of the European Championships. Keszler was eleventh and Moskvina fourteenth.


Like with a Sonja Henie or a Jayne Torvill and Christopher Dean, we like to look back at history through the lens that the legendary Soviet pair of Ludmila [Belousova] and Oleg Protopopov were unbeatable. In fact, when the new-fangled connected compulsory program was contested in Moscow in 1965, the Protopopov's were given a run for their money. Two judges had the Swiss team of Gerda and Ruedi Johner first and a third had the two teams tied. The Swiss judge even went so far as to tie the Protopopov's with the second Soviet team, Tatiana Zhuk and Alexander Gorelik, perhaps to give his own team a little breathing room. However, in the free skate Ludmila and Oleg skated brilliantly in their home country to claim the first place ordinals from every single judge - even Switzerland's. The Johner's claimed the silver and Zhuk and Gorelik the bronze in an incredibly deep field of seventeen teams. Following the competition, the Protopopov's treated their comrades to a beautiful exhibition to Jules Massenet's "Méditation" from "Thaïs". In his 1978 book "The Big Red Machine The Rise And Fall Of Soviet Olympic Champions", Yuri Brokhin noted that "the champions' interpretation of Massenet's 'Méditation'... had an impact more powerful than their counterparts in ballet did onstage: where dancers must break their pace at the point of greatest strain for an arbitrary turn in the next position, skaters are in continuous motion... No skaters even close to Belousova and Protopopov between 1962... and 1968."

Skate Guard is a blog dedicated to preserving the rich, colourful and fascinating history of figure skating and archives hundreds of compelling features and interviews in a searchable format for readers worldwide. Though there never has been nor will there be a charge for access to these resources, you taking the time to 'like' on the blog's Facebook page at http://www.facebook.com/SkateGuard would be so very much appreciated. Already 'liking'? Consider sharing this feature for others via social media. It would make all the difference in the blog reaching a wider audience. Have a question or comment regarding anything you have read here or have a suggestion for a topic related to figure skating history you would like to see covered? I'd love to hear from you! Learn the many ways you can reach out at http://skateguard1.blogspot.ca/p/contact.html.
Posted by Skate Guard Blog at January 19, 2018
Email ThisBlogThis!Share to TwitterShare to FacebookShare to Pinterest
Newer Post Older Post Home