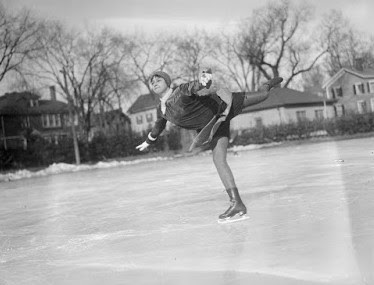 In the second week of February, 1935, approximately seventy skaters from all over America flocked to the New Haven Arena ice pond in New Haven, Connecticut (the site of the very first U.S. Championships back in 1914) to show off their change loops and camel spins in hopes of being crowned U.S. Champions. 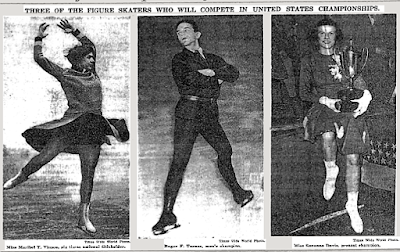 One fascinating aspect of the 1935 U.S. Championships is that among the senior ranks, not a single winner or winning team from the previous year's Nationals retained their spot on the top of the podium. Two other interesting notes with regard to the 1935 event was its inclusion of 'carnival scenes' from members of the New Haven Skating Club between rounds of competition and the United States Figure Skating Association's decision to offer a generous portion of the proceeds from advance ticket sales to the Connecticut Society For Mental Hygiene. 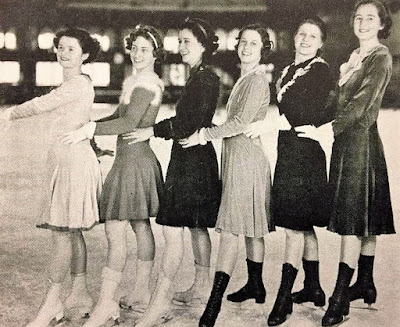 As for the nitty gritty, let's start by looking at some of the novice and junior events. The novice men's champion was M. Bernard Fox of Boston and the junior men's champion was Erle Reiter of Minneapolis. The junior pair's winners were Jean Schulte and Ollie Haupt Jr. of St. Louis. For a look at the novice and junior women's events, we'll turn to the February 11, 1935 issue of "The Day", which tells us that "probably the closest margin of points separating two contests for the single honor of champion of the womens novices came with the awarding of the crown in this class to Miss Mary E. Weigel of Buffalo, over Mrs. Mabel Thorne of the Los Angeles Skating Club. Mrs. Anson Beard of New York, was third... During the afternoon, petite 15-year old Polly Blodgett, of the Skating Club Of Boston, won the women's junior figure skating championship." One thing you may have noticed in this particular quote are the titles of 'Miss' and 'Mrs.' used in the novice category. Back in the thirties, what division you competed in had absolutely to do with your age and everything to do with what tests you had passed. It was absolutely plausible - and common - for pre-teens to be competing against people old enough to be their parents in novice, junior and senior competitions in North America at the time. 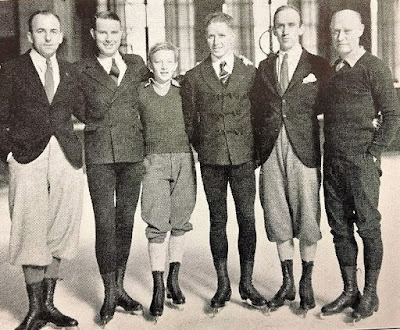 Sherwin Badger was disappointed as the Original Dance, an event that was basically an early forerunner of the OSP, which he worked so hard to promote was cancelled in 1935 after only one ice dance team entered. The only ice dancing event contested in New Haven in 1935 was the Waltz, which was won by Nettie Prantel and Roy Hunt. In second were Ilse Twaroschk and Frederick Fleishmann, third Maribel Vinson and Joseph Savage and in fourth were Eva Schwerdt and William Bruns. 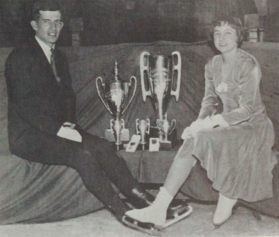 Siblings Jimmie and Grace Madden, the defending senior pairs champions, were not able to fend off Maribel Vinson and her partner Geddy Hill, who had defeated them previously in 1933 at the U.S. Championships. Third were Eva Schwerdt and William Bruns. Performing a special exhibition as guests were Canadian Champions in pairs, Louise Bertram and Stewart Reburn. 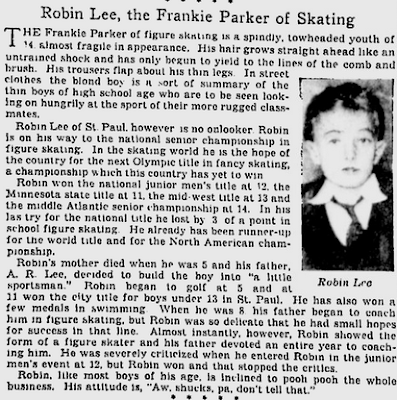 In the senior men's competition, a fifteen year old Eramus Hall High School student from New York City, Robin Lee, pulled off the upset of the decade in defeating seven time and defending thirty five year old U.S. Champion and Boston lawyer Roger Turner in front of an audience of four thousand. The February 11, 1935 edition of The New York Post recalled, "performing almost faultlessly in the free skating as he had done through the school figures, the young western protege outskated one of the largest fields ever to compete for the title." 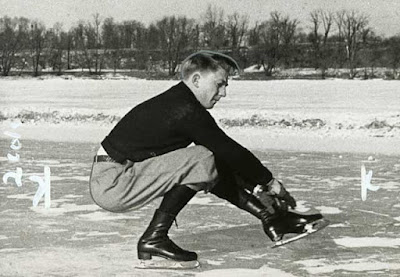 Robin Lee, a modest, young blond skater who also excelled at swimming and golfing was actually in his third year in the senior ranks and in finishing third and second the previous two years at Nationals had certainly made his presence known but defeating Turner was a very big deal at that time considering his resume and reputation. In third with a tumble in the free skate was James Lester Madden, the silver medallist in the senior pairs event, of the Boston Skating Club. The fifth place finisher that year, 1933 U.S. Junior Men's Champion Bill Swallender, later became an esteemed coach and was among those who perished in the 1961 Sabena Crash. 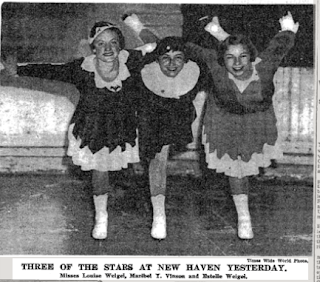 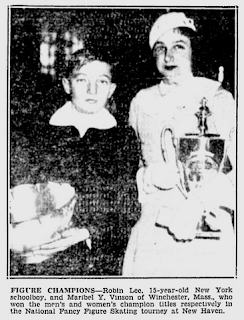 Maribel Vinson had skipped the 1934 U.S. Championships and taken up a job with "The New York Times" as its first female sportswriter, allowing Suzanne Davis of Massachusetts the opportunity to win her first and only U.S. senior ladies title. In 1935, Maribel returned with a vengeance, winning her seventh U.S. ladies title with a program that featured a half-Lutz jump and inside spread eagle into an Axel. 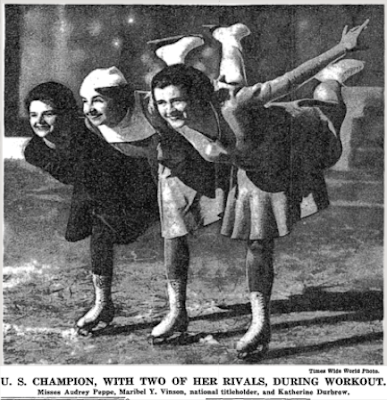 "The Day" noted that "this year's loser [Suzanne Davis] went into second place followed by the Weigel sisters of Buffalo, Louise in third place and Estelle in fourth" which would mean that with the exception of Maribel on top, the positions of the previous season's top three Nationals had been repeated. Like I always say whenever I'm writing about skating history, "it's all just a little bit of history repeating." Shirley Bassey and The Propellerheads were right.

Skate Guard is a blog dedicated to preserving the rich, colourful and fascinating history of figure skating and archives hundreds of compelling features and interviews in a searchable format for readers worldwide. Though there never has been nor will there be a charge for access to these resources, you taking the time to 'like' on the blog's Facebook page at http://www.facebook.com/SkateGuard would be so very much appreciated. Already 'liking'? Consider sharing this feature for others via social media. It would make all the difference in the blog reaching a wider audience. Have a question or comment regarding anything you have read here or have a suggestion for a topic related to figure skating history you would like to see covered? I'd love to hear from you! Learn the many ways you can reach out at http://skateguard1.blogspot.ca/p/contact.html.
Posted by Skate Guard Blog at July 27, 2018
Email ThisBlogThis!Share to TwitterShare to FacebookShare to Pinterest
Newer Post Older Post Home