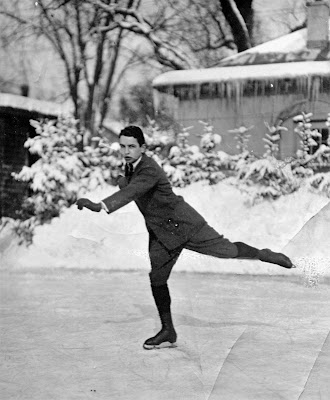 Born August 29, 1901 in Boston, Massachusetts, Sherwin Campbell Badger was the son of George and Grace (Spear) Badger. Dr. George Badger was a respected physician who performed house calls and advocated for health standards in public schools. Sherwin and his younger sister Virginia enjoyed a rather privileged upbringing, growing up in a very nice house on the Back Bay with two servants at their beck and call. The Badger family had ties to the local copper industry; E.B. Badger and Sons manufactured copper kettles in their thriving shop on Pitts Street. 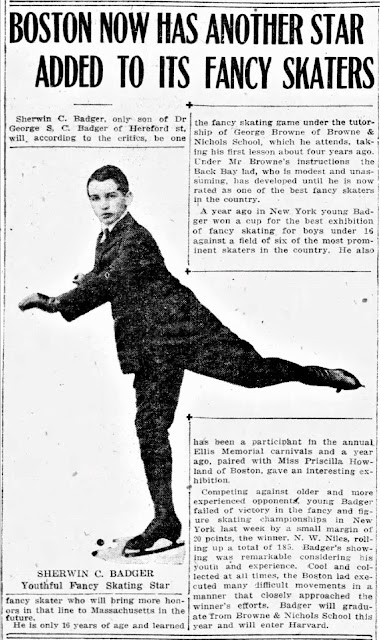 While attending the Browne and Nichols School on Garden Street in Cambridge, Sherwin was introduced to the wonderful world of figure skating at the age of fourteen by his headmaster, American skating pioneer George Henry Browne. He took his first steps on the ice at the Cambridge Skating Club. 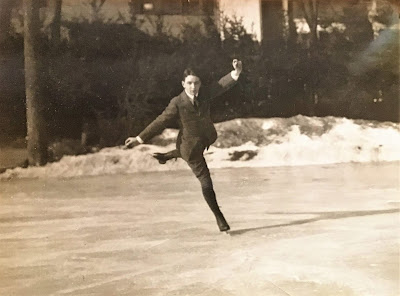 Joining The Skating Club of Boston, Sherwin was quickly recognized as something of a skating prodigy. When the Cambridge Skating Club administered its first tests in the International (Continental) Style only a year after he started skating, he became one of the first three skaters to pass and earn a Bronze medal. One of his first performances was in a skating pantomime organized by Clara Rotch Frothingham called "The Enchanted Forest". He played the role of Jean, a boy with magic skates. 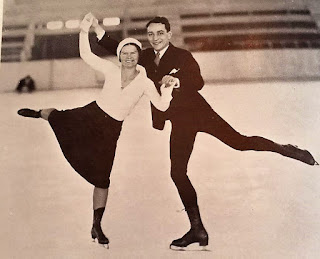 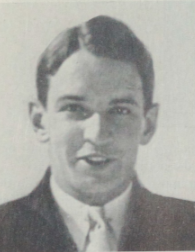 At the age of sixteen, Sherwin earned a place in the record books when he won the very first U.S. junior men's title at the 1918 U.S. Championships in New York City. A report from "The New York Times" remarked, "Young Badger... displayed a skill on the runners which surprised the old-time skills. Rarely has a boy skater been developed in this country who has shown the talent of this Boston boy." His sister Virginia would also go on to claim a U.S. junior title of her own in 1927. 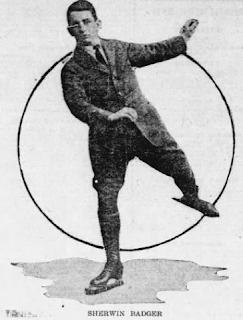 In the years that followed, Sherwin's accomplishments on the ice were nothing short of incredible. Mentored by Charles Morgan Rotch and George Henry Browne, he won five consecutive U.S. senior men's titles from 1920 to 1924 and the very first North American men's title. 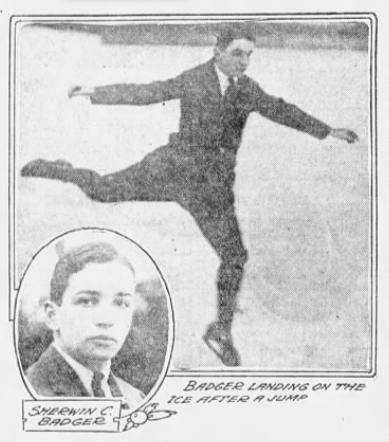 An account of Sherwin's win at the 1920 U.S. Championships from "The New York Times" noted, "Badger won by an exhibition of whirling that threw his older opponents definitely into the shadow. In comparison with [Nathaniel] Niles, his form was more spirited, dashing and unrestrained, and with his daring and dash he combined exquisite grace and polish... He whirled and pirouetted in mid-air with amazing ease." 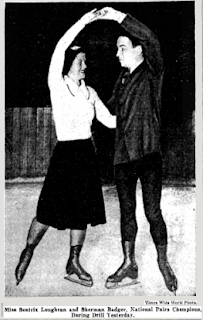 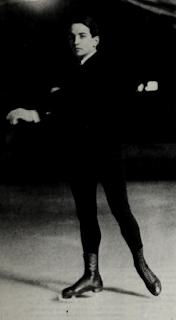 Though selected for both the 1920 and 1924 Olympic teams, Sherwin was forced to decline both invitations due to schooling and business affairs that didn't permit him the 'time off' to travel abroad.
At the 1928 Winter Olympics in St. Moritz, he placed eleventh in the men's event and fourth in the pairs event with partner Beatrix Loughran. Four years later in Lake Placid, Sherwin and Beatrix won America's first medal in pairs skating at the Winter Olympic Games. 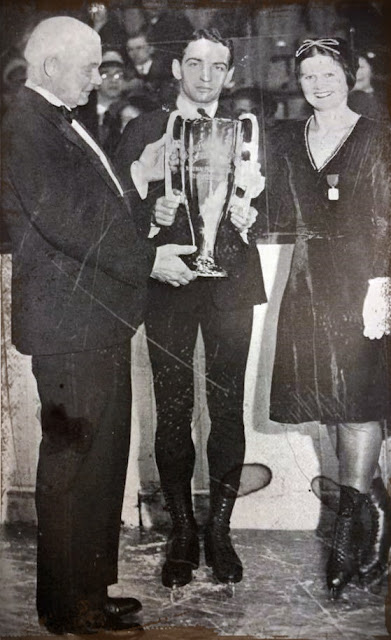 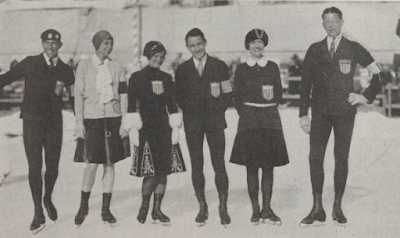 Early in his competitive career, Sherwin studied at Harvard University. He graduated in 1923, earning his letter not as a skater but as a coxswain in boat races. Following his graduation, he worked for United Fruit Co. in Boston and Cuba, then joined the Boston News Bureau. Moving to New York City in 1925, he worked for Dow-Jones Publications as banking editor of "The Wall Street Journal" and then wrote and edited for "Barron's Weekly" from 1932 to 1935. In 1937, he joined the Washburn & Co. firm in New York and in 1940, began working for New England Mutual Life Insurance Company, serving as Senior Vice President - Financial until his retirement in 1967. In 1954, he was appointed by then Governor Christian Herter to the Massachusetts Fiscal Affairs Survey Commission, which aimed to reduce the state's debt. 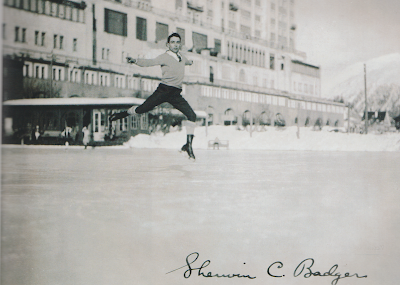 Sherwin also served as Chairman of the Board of the New England Conservatory Of Music and on the boards of the Old Colony Trust Company, Massachusetts Business Development Corporation, Downtown Waterfront Corporation, Massachusetts Small Business Development Company, Boston Opera Association, Children's Hospital Medical Center, New England Baptist Hospital and the Transportation and Communication Committee, of the U.S. Chamber of Commerce.

After marrying his first wife, novelist and reputed spy Mary Bancroft in December 1923, Sherwin had a son named Sherwin, Jr. and a daughter named Mary Jane. After the couple divorced in the early thirties, he remarried to Anna Clark. The couple welcomed two more sons, David and William, to the Badger family. Mary Jane married Yale professor Horace Dwight Taft, the son of Republican senator Robert A. Taft. 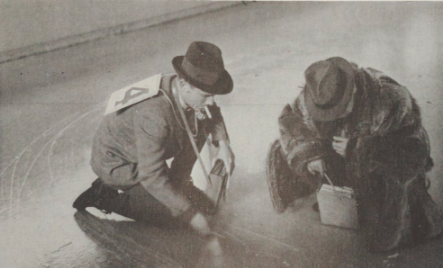 Believe it or not, this incredibly busy man's most important contributions to the figure skating world happened off the ice and not on. Joining the USFSA administration in 1927, Sherwin served as First Vice President to America's governing body of figure skating in 1928 and as President from 1930 to 1932 and 1934 to 1935. He acted as a skating judge and chaired the Eastern, Sanctions, Nominating, Olympic Games, Ways & Means and Judges Committees. He was an esteemed member of the USFSA Executive Committee for some twenty two years. Under his presidencies, he worked to make the first World Championships and Winter Olympics ever held in America a success and the subscription of "Skating" magazine more than doubled. Managing the USFSA's finances through The Great Depression, he chose to spend money on skater development rather than tucking it away for a rainy day. This strategy of course paid off at the 1932 Winter Olympics in Lake Placid, where as an Olympic Committee member, USFSA President and Manager of the U.S. Figure Skating Team, he and Beatrix Loughran medalled, as did Maribel Vinson. 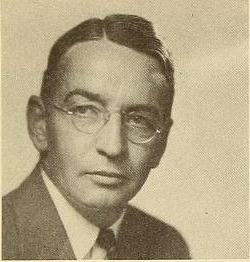 Sherwin also worked tirelessly with Ulrich Salchow and the ISU during his presidency to effectively wrangle control of the newfound influx of European skaters performing in U.S. carnivals, many organized by rink managers and promoters, not USFSA clubs. Later recalling his presidency, Sherwin admitted, "All in all, the highlights of my years as President, as I look back on them, center around foreign skaters. They brought to this country a much needed boost and were, to my mind, to a large degree responsible for the rapid development of both the popularity and skill of skating as practiced in this country. If there were headaches in trying to foster European participation in events here, they were well worthwhile." 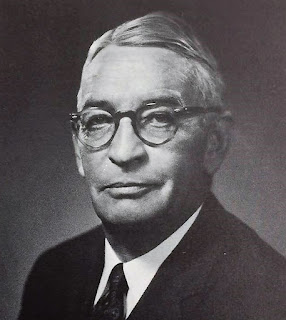 Sherwin passed away on April 8, 1972 in Sherborn, Massachusetts at the age of seventy, seventeen years before his second wife Anna and twenty five years before his first wife Mary. He was
posthumously inducted to the U.S. Figure Skating Hall Of Fame in 1976. In his obituary in "Skating" magazine, Theresa Weld Blanchard remarked, "No one can know what he sacrificed... but skaters everywhere still owe him sincere gratitude as his leadership advanced figure skating."

Skate Guard is a blog dedicated to preserving the rich, colourful and fascinating history of figure skating and archives hundreds of compelling features and interviews in a searchable format for readers worldwide. Though there never has been nor will there be a charge for access to these resources, you taking the time to 'like' on the blog's Facebook page at http://www.facebook.com/SkateGuard would be so very much appreciated. Already 'liking'? Consider sharing this feature for others via social media. It would make all the difference in the blog reaching a wider audience. Have a question or comment regarding anything you have read here or have a suggestion for a topic related to figure skating history you would like to see covered? I'd love to hear from you! Learn the many ways you can reach out at http://skateguard1.blogspot.ca/p/contact.html.
Posted by Skate Guard Blog at September 05, 2019
Email ThisBlogThis!Share to TwitterShare to FacebookShare to Pinterest
Newer Post Older Post Home