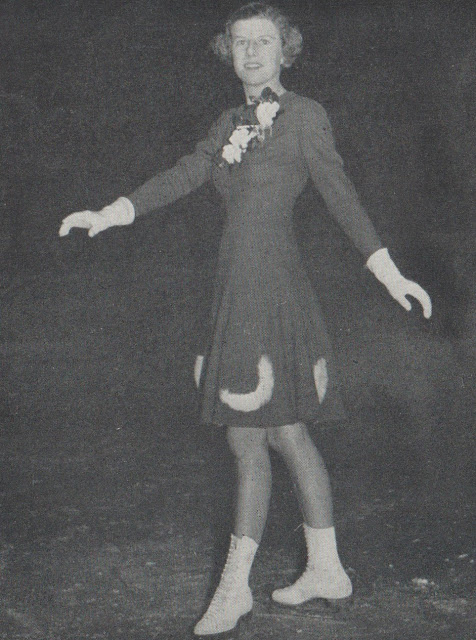 The daughter of Esther (Saville) and Francis Woodward Davis, Suzanne 'Susie' Davis was born in Waban, Massachusetts on February 7, 1912. Her father was the President of the Pilgrim Laundry Co. Suzanne, her brothers Samuel and Saville, grandmother and two servants from the Caribbean lived  with her parents through the roaring twenties in the family home on Windsor Road in Newton.

Suzanne first put on a pair of skates at the age of nine at the Braeburn Country Club, where she received early instruction from Dan Keefe and Bud Monroe. She didn't really start taking skating seriously until the family joined the Skating Club Of Boston when she was thirteen. She took her first formal lessons in figures at the age of fourteen from Willie Frick and quite incredibly managed to claim the U.S. junior women's title less than a year later. 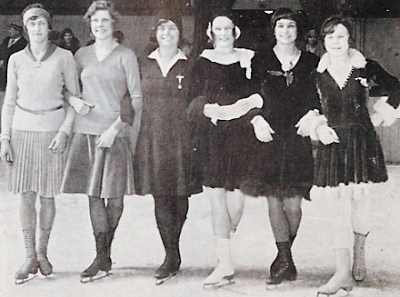 Though she skated in the shadow of her training mate Maribel Vinson for much of her career, Suzanne finished in the top three in the senior women's event at the U.S. Championships from 1928 to 1930 and won the bronze medal at the 1929 North American Championships in Boston behind Constance Wilson and Maribel. In 1930, she was selected to represent the U.S. at the World Championships in New York City. Though she placed last of the six entries and dropped to fourth at the 1931 U.S. Championships in Boston, she remained undeterred in her quest for success on the international level despite being labelled as something of a Susan Lucci - "always the bridesmaid, never the bride." 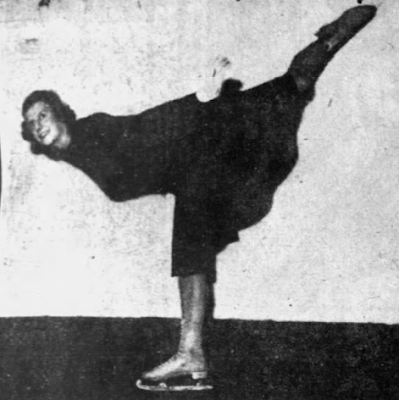 At the 1932 Winter Olympics in Lake Placid, Suzanne placed a creditable tenth in the school figures but dropped to twelfth overall after a disappointing free skate. She moved up one spot to eleventh at the 1932 World Championships in Montreal. Things started to come together again in 1933, when she won the Original Dance with Frederick Goodridge and moved back up to second in the women's event at the U.S. Championships, returned to the podium at the North American Championships and became one of the first three women in the U.S. to pass the Gold or Eighth Test.

The following year when Maribel was overseas in Europe, Suzanne shocked the stuffy American establishment by appearing in black velvet shorts to skate her figures at the U.S. Championships in Philadelphia. Some grasped their pearls and exclaimed "Well, I never!" while others cheered on her refreshingly modern fashion choice. She later admitted her decision to wear shorts wasn't an act of rebellion; she only did because she was be able to see her tracings better without a billowing skirt in the way! 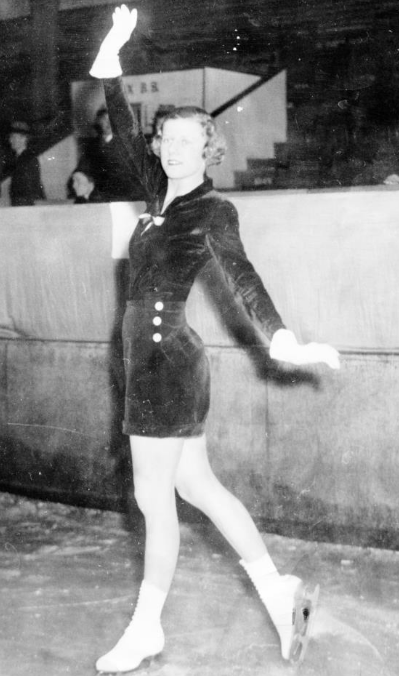 Perseverance paid off when Suzanne amassed a huge lead in the figures and won the 1934 U.S. women's title with unanimous first place marks from all five judges. She also repeated as winner of the Original Dance with Frederick Goodridge and took home the gold in fours skating with Richard L. Hapgood, Frederick Goodridge and Theresa Weld Blanchard that year, making history as the first skater to claim the singles, dance and fours title in the same year. Sadly, Suzanne's father passed away the summer before and was unable to see his daughter finally win the U.S. women's title after so many tries.

When Maribel Vinson returned to compete at the 1935 U.S. Championships, Suzanne resumed her 'number two' position and won a third bronze medal at the North American Championships in Montreal. She decided to retire from the competitive skating world after marrying Bill King, an ivy league swimmer at Dartmouth College.


Settling in Richmond, Virginia, Suzanne became a mother of two, a co-founder of the Skating Club Of Richmond and a national level judge. Late USFSA President and ISU Technical Committee Benjamin T. Wright knew her well and regarded her as "a good gal and a fine judge." Memorably, Suzanne performed in the USFSA's star-studded anniversary shows in 1971 and 1986.

Though Suzanne only skated a brief duet with fellow U.S. Champion Joan Tozzer Spalding in the 1986 America On Ice benefit, in 1971 she performed a full solo. In "Skating" magazine, William Carroll described her performance thusly: "In a long, black dress with matching stockings and black-booted skates, she held the audience's attention as she glided softly and wistfully about, doing three turns, spirals, short arabesques, with steady ease." Remarrying later in life to William Bradshaw, she passed away at Stuart Circle Hospital in Richmond, Virginia on July 28, 1991 at age seventy nine after a lengthy illness.

Skate Guard is a blog dedicated to preserving the rich, colourful and fascinating history of figure skating and archives hundreds of compelling features and interviews in a searchable format for readers worldwide. Though there never has been nor will there be a charge for access to these resources, you taking the time to 'like' on the blog's Facebook page at http://www.facebook.com/SkateGuard would be so very much appreciated. Already 'liking'? Consider sharing this feature for others via social media. It would make all the difference in the blog reaching a wider audience. Have a question or comment regarding anything you have read here or have a suggestion for a topic related to figure skating history you would like to see covered? I'd love to hear from you! Learn the many ways you can reach out at http://skateguard1.blogspot.ca/p/contact.html.
Posted by Skate Guard Blog at May 05, 2020
Email ThisBlogThis!Share to TwitterShare to FacebookShare to Pinterest
Newer Post Older Post Home