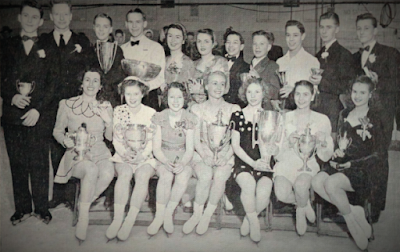 World War II might have brought figure skating in many European countries to a halt, but American skating enjoyed an unprecedented boom. Inspired by Sonja Henie pictures and the many touring ice spectacles and hotel shows, more young people took to the ice in the United States than ever before.

The 1946 U.S. Figure Skating Championships in Chicago were the first Nationals to be held after the War ended. The event drew seventy five entries though only sixteen men over the three classes, as many men were still in service. It marked the dawning of a new era in American skating as well as a celebration of years past. Not only was it the twenty fifth anniversary of the host Chicago Figure Skating Club, but also the twenty fifth anniversary of the USFSA. 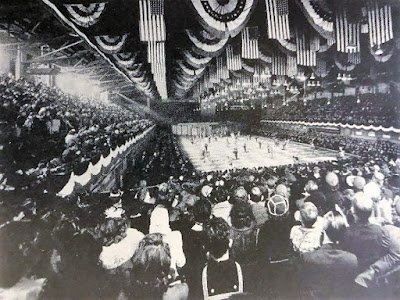 The event served as a post-War reunion of sorts for many champions and generous media attention, colourful costumes, a printed program and a microphone to announce the scores only added to the excitement.

The Open Marking System was used for all events except ice dance and judging conferences were held in conjunction with the event. The return of the senior men's event after a two year hiatus added another layer of interest to skating aficionados in attendance. Let's take a quick look back at the excitement! 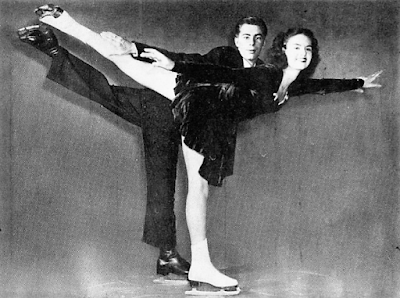 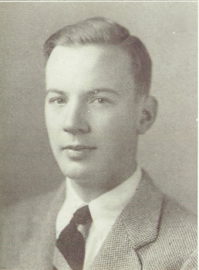 Detroit's Ginny Baxter led the way after the figures in novice women's, only to drop to second overall after Seattle's Gloria Peterson delivered what was by all accounts a superb free skating performance. Philadelphia's Jane Lemmon edged Helen Geekie of St. Louis and Nancy Lemmon of Philadelphia for the bronze. 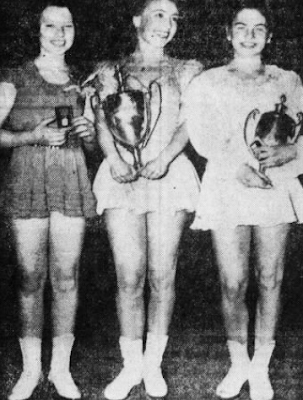 Yvonne Sherman and Robert Swenning of the Skating Club Of New York won junior pairs. John Lettengarver of the St. Paul Figure Skating Club defeated Charles Brinkman, Robert Swenning and Carleton Hoffner, Jr. to win the junior men's title. Barbara Jones of the Philadelphia Skating Club and Humane Society won the junior women's event, besting Yvonne Sherman, Shirley Lander and Lois Johnson. The Silver (junior) dance title was won by a married couple, Vivian (Halliday) and Richard C. Queisser, representing the Washington Figure Skating Club. The Queisser's were social ice dancers. She had taken up skating in 1941 and spent two summers in Lake Placid. He started skating on ponds at the age of ten and had only really started skating in 1941 as well. The couple both worked for the U.S. government. Vivian's sister Vera placed second with partner E. Tefft Barker, ahead of Camilla Cliff and Sidney J. Moore and Nancy Miller and Don Laws. 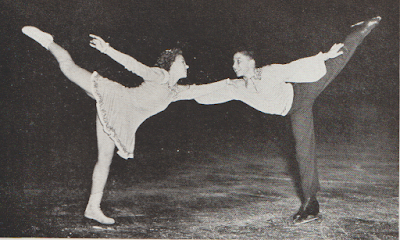 To the delight of the Chicago crowd, a hometown quartet won the city's only gold medal in the fours event. The team consisted of Jacquelyn Dunne, Joan Yocum and the van der Bosch brothers - Edward and Larry. In Gold (senior) ice dance, a pair of teenagers waltzed away with gold. In her book "Figure Skating History: The Evolution Of Dance On Ice", Lynn Copley-Graves recalled, "The new Dance Champions, Anne Davies, 15, and Carleton Hoffner, Jr., 14, also liked to play tennis and swim, but they aspired to attend the Olympics in ice dance. They trained in Washington with Norval Baptie. Carleton also trained in Lake Placid with Howard Nicholson and Nancy Allard and planned to study at Annapolis." The bronze went to Carmel Waterbury and Edward Bodel and fourth place to Marcella May Willis and Frank Davenport. The senior pairs event was won by Olympic Gold Medallist Andrée and Pierre Brunet's teenage son Jean-Pierre and his partner, Donna Jeanne Pospisil, representing the Skating Club of New York. Only two years later, Jean-Pierre, who had been awarded a scholarship to the Massachusetts Institute of Technology, was killed instantly when the jeep he was driving overturned. 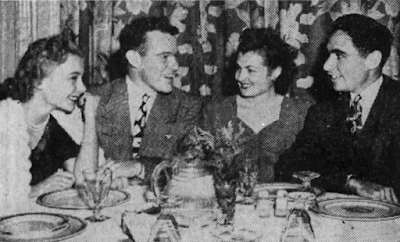 To the surprise of absolutely no one, Gretchen Van Zandt Merrill of the Skating Club of Boston, a student of Maribel Vinson Owen, took a decisive lead in the school figures, which accounted for sixty percent of the score. Though Janette Ahrens and Madelon Olson, both of St. Paul, held on to place second and third based on their strong showings in figures, the fourth place finisher made a far greater impression in the free skating competition. Philadelphia's Eileen Seigh was awarded the Oscar L. Richard Trophy for most artistic women's program. The Skating Club of Boston's Barbara Burns rounded out the women's field in fifth. 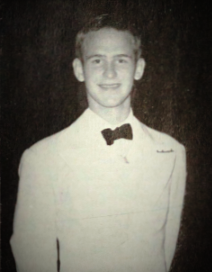 Representing the Philadelphia Skating Club and Humane Society, a teenage Dick Button entered senior men's event at the U.S. Championships for the first time and walked away a winner. In his book "Dick Button On Skates" he recalled, "At sixteen, I could only hold my breath on entering my first battle for United States supremacy. But the four years of constant training, excellent instruction and the inspirational support of my family paid off... I received a unanimous vote of 5, with James Lochead, Jr. of Berkeley, California, second with 10 and John Tuckerman of Cleveland third with 17. I was told that this was the first time anyone had won the men's novice, junior and senior national titles in successive years. Jimmy Lochead had led me in figures. I could see then that it would be possible to win doing what I liked to - free skate - provided my figures held up." Placing fourth at that event was Chicago's lone entry, Patrick Kazda. The autumn after Button's win, he received a call from Walter S. Powell of the USFSA confirming his spot on the American team which would leave the following January for the European and World Championships. That Chicago win kick-started Dick Button's international career.

Skate Guard is a blog dedicated to preserving the rich, colourful and fascinating history of figure skating and archives hundreds of compelling features and interviews in a searchable format for readers worldwide. Though there never has been nor will there be a charge for access to these resources, you taking the time to 'like' on the blog's Facebook page at http://www.facebook.com/SkateGuard would be so very much appreciated. Already 'liking'? Consider sharing this feature for others via social media. It would make all the difference in the blog reaching a wider audience. Have a question or comment regarding anything you have read here or have a suggestion for a topic related to figure skating history you would like to see covered? I'd love to hear from you! Learn the many ways you can reach out at http://skateguard1.blogspot.ca/p/contact.html.
Posted by Skate Guard Blog at June 04, 2020
Email ThisBlogThis!Share to TwitterShare to FacebookShare to Pinterest
Newer Post Older Post Home