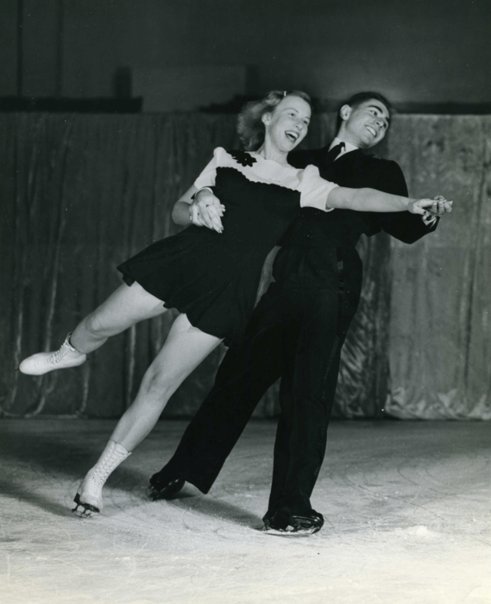 The daughter of Mavis (Scribner) and Henry 'Hank' May Jr., Marcella May was born May 13, 1922 in Oakland, California. Her grandfather died when he was quite young in a farming accident, so her father Hank - a mechanic turned automobile salesman - took over the management of his mother's farm in Niles, twenty miles south of Oakland, tending to twenty three acres of apricots and vegetables. As a young man, Hank had studied engineering at the University Of California at Berkeley, played baseball and raced Stutz bearcats up the hill behind the University's campus.

Marcella was an only child and as a teenager, she took up tap and ballet dancing. When she was fourteen, the mother of one of her tap dancing students invited her to try figure skating. She was instantly hooked and within a couple years on the ice with coaches Hubert Sprott and Peggy Holden, she was a featured soloist at the St. Moritz Ice Skating Club's annual carnival. 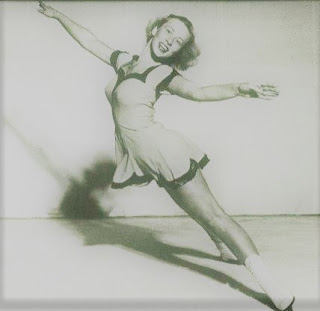 The year Marcella skated that solo at the St. Moritz Ice Skating Club carnival, James Kenneth 'Jimmy' Lochead Jr. laced up a pair of figure skates for the very first time. He was fourteen years old. Jimmy was born on Christmas Eve, 1924 in San Francisco, the only child of Lillian and James Lochead, Sr. His father was the president of the American Trust Company, which later merged with Wells Fargo and the family was decidedly comfortable, employing two Chinese 'houseboys' named Kim and Ching to cook, clean and cater to their every whim. 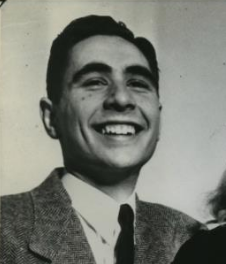 Marcella and Jimmy started skating together in 1940, training at the Berkeley Iceland rink and the Skate and Ski Club of San Francisco's Winterland rink. They were an excellent match, as both were talented singles skaters. Both had passed the Seventh Figure test and he was the Pacific Coast junior men's champion, while she was runner-up in senior women's. At that year's U.S. Championships in Chicago, he took the bronze in the junior men's category and they finished fourth in dance and sixth in junior pairs... after only skating together for a couple months. Harry Doose taught them dance; Maribel Vinson Owen pairs. 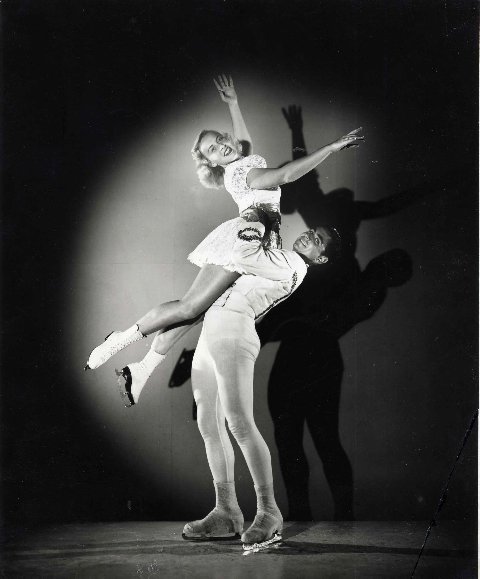 In New York City in 1943, Marcella and Jimmy made history as the first ice dancers from the Pacific Coast to win the U.S. title. It was an incredibly big deal at the time, as skaters from California had only been competing at the national level for less than a decade. All previous winners in dance at Nationals had been from prestigious East Coast clubs like New York, Boston and Philadelphia. In a 1991 oral history interview, Marcella recalled, "Travelling [on the train] for the competitions was a thrill. I especially remember going to the New York Skating Club and thinking I'd really arrived. The dancers were so formal in their white gloves and black and white attire. I was the first to show up with glitter and sequins in a competition – more of my mother’s wonderful creativity... My mother had made my first skating skirt. She used a circular pattern because that’s what she thought the fashion should look like. It didn't catch on, but it was the first of many costumes my mother made for me."

At the time they won their first U.S. title, Jimmy was an A student at the University Of California at Berkeley. By that autumn, he had joined the Enlisted Reserve Corps. The threat loomed that he could be sent overseas to fight in World War II at any time. By this point in time, Marcella had married H. Roger Willis, an army staff sergeant stationed state side at Camp Roberts. She had also enrolled at the Oakland School For Arts And Crafts, studying costume design. Her choice was a great fit for a skater, as she could design her own costumes. It didn't hurt that she was a talented sketch artist as well.

Despite military and school obligations, Marcella and Jimmy still found opportunities to train. Marcella's son Don Willis recalled, "Mom had a key to the back door at Berkeley Iceland, about six blocks from Bolt Hall, UCB's Law school. They often skated all night - eleven PM after hockey to six AM Patch. They just needed to do the patch flood before they left."

At the 1944 U.S. Championships in Minneapolis, Marcella and Jimmy defended their national dance title, took bronze in senior pairs and he won the junior men's. By this point in time, Jimmy had been given an honorable discharge due to asthma and hay fever. The following year in New York City, Marcella and Jimmy took bronze in pairs but lost their dance title to Kathe Mehl Williams and Robert Swenning. After that season, their skating partnership ended.

At the 1946 U.S. Championships in Chicago, Marcella finished off the podium in dance with her new partner Frank Davenport. Jimmy won the figures in the senior men's event but lost the national title to Dick Button. In 1947, Marcella and Frank Davenport won the bronze medals at both the U.S. and North American Championships. The following year, the now 'broken up'  Marcella and Jimmy appeared in a USFSA film called "Study In Contrast", where they demonstrated the Silver Dances. It was one of the first instructional ice dance videos in North America and was rented out to clubs for the not inconsiderable sum of five dollars plus shipping. By this time, they had both decided to take very different paths in life. 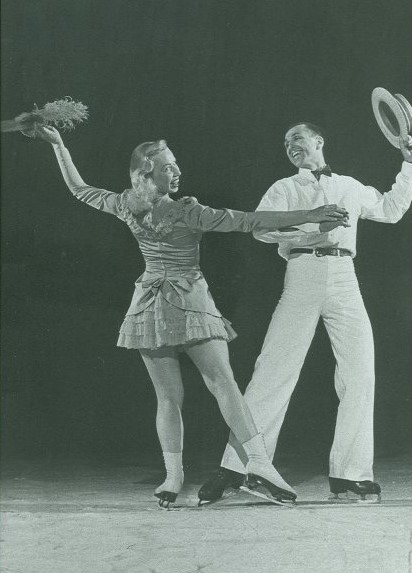 After his honourable discharge from the military, Jimmy had returned to the University Of California
at Berkeley and finished his law degree. He went on to earn a masters in business administration at Harvard University and work for the Standard Oil Co. in San Francisco, Salt Lake City and London. He moved to Milan, Italy in the mid-fifties and started his own consulting business. Two decades later, he returned to England to work as a division manager for the Brent Chemical Co. He married Yseult Firs in August of 1962 and became a father of two. 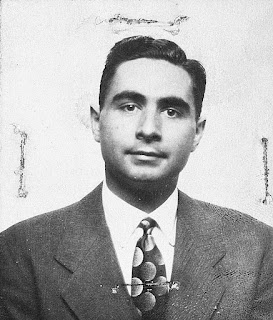 Marcella once described herself as "a typical housewife" but she was anything but. A mother of three, she continued to skate once a week well into the fifties and enjoyed gardening, sewing and swimming in her spare time. She served as the competition chair of several Inter-Club, California State and Pacific Coast Championships in fifties, as well as on Board of Directors of St. Moritz Skating Club, where she acted as carnival chair. In 1955, she wrote, "My pet project in skating is trying to encourage young skaters who are on the verge of dropping from the competitive field to keep up their activity in the sport... If you love skating, you can find pleasure from almost any phase of it." 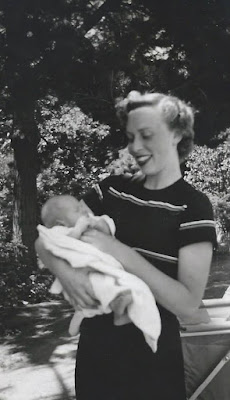 
The 'phase' Marcella most excelled at was judging. She was already a test judge in 1941 - two years before she won her first national title - and one of only four women in California eligible to judge above the fourth test at that point in time. She judged at numerous national and international competitions, including events in the Soviet Union during the Cold War and the 1972 Winter Olympic Games in Sapporo, Japan. At those Games, she made some bold calls - such as placing Karen Magnussen off the podium in fourth and JoJo Starbuck and Ken Shelley in the bronze medal position.

Marcella divorced in 2000 and remarried four years later to Scott Walker, the "love of her life". Incredibly sadly, she suffered from dementia in her later years and passed away on February 17, 2014 in Walnut Creek, California at the age of ninety one. Jimmy passed away over a decade earlier, on July 25, 1999 in a London hospital at the age of seventy five after a short illness. Despite their important wartime contributions to American skating, neither has yet been inducted into the U.S. Figure Skating Hall Of Fame.

Skate Guard is a blog dedicated to preserving the rich, colourful and fascinating history of figure skating and archives hundreds of compelling features and interviews in a searchable format for readers worldwide. Though there never has been nor will there be a charge for access to these resources, you taking the time to 'like' the blog's Facebook page at http://www.facebook.com/SkateGuard would be so very much appreciated. Already 'liking'? Consider sharing this feature for others via social media. It would make all the difference in the blog reaching a wider audience. Have a question or comment regarding anything you have read here? Have a suggestion for a topic related to figure skating history you would like to see covered? I'd love to hear from you! Learn the many ways you can reach out at http://skateguard1.blogspot.ca/p/contact.html.
Posted by Skate Guard Blog at June 18, 2019
Email ThisBlogThis!Share to TwitterShare to FacebookShare to Pinterest
Newer Post Older Post Home