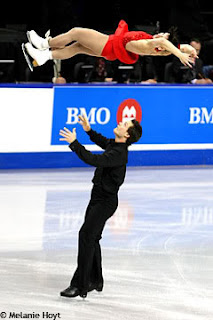 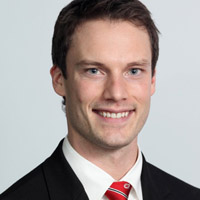 With partner Valerie Marcoux, Craig Buntin won his first Canadian National Championships in 2004. That same year, he won the bronze medal at the Four Continents Championships and placed in the top ten at the World Championships. Over the coming years with both Marcoux and later partner Meagan Duhamel (who is the current world bronze medallist with Eric Radford), Craig won 2 more Canadian titles, 6 medals on the ISU Grand Prix circuit, finished in the top 10 at the World Championships another 5 times and competed at the 2006 Winter Olympic Games in Torino, Italy. After retiring from competitive skating in 2010 after winning a final medal at the Four Continents Championships, Craig has founded a Montreal tea and coffee company, given TEDx Talks and become the first student to be accepted to do an MBA at McGill University without an undergraduate degree. We talked about the highs and lows of his skating career, his experiences since hanging up his skates, The Amazing Race, persistence and much more in this truly inspiring interview:

Q: You have won the Canadian pairs title 3 times and won 7 senior Canadian pairs medals with partners Meagan Duhamel and Valerie Marcoux, in addition to competing at the World Championships, Olympic Games and countless international competitions. What was your favourite performance or competition memory?

Q: If I had to put a top three together, I would probably say the following in no particular order... The 2004 Canadians long program in Edmonton: Val and I were really the underdogs coming into these nationals. We had moved to Montreal after a disappointing season the year before and had both been working full time jobs while training to support our dream. We knew this was a make or break competition for us as we were really at the end of our rope financially. I’ll never forget rounding the last corner, coming into our final lift and seeing the crowd standing on its feet. It was one of the greatest moments of my life... The 2006 World Championships short program in Calgary: By this time we were 3 time Canadian champions in our home country coming off of the 2006 Olympics. My family and very close friends that I grew up with in Kelowna made the trip out and were sitting about 4 or 5 rows up in a packed Saddledome. It was one of the best shorts we had done in years and despite the roaring crowd, I remember feeling as though my friends and family were the only ones in the building. It was the first time that many of them had seen us live so it was a very special for me... The 2008 World Championships in Gothenburg, Sweden: After Val retired in 2007, I had about 2 and a half years to find a partner and qualify for the 2010 games. I had driven about 3000 km across North America looking for a partner and, having found Meagan, I knew we had a shot. We worked so, so hard that season and managed to place 3rd at Nationals after only about 8 months together. We were thrilled. During the gala the next day, however I heard a loud ‘POP’ in my shoulder which I later found out was the sound of my labrum (a ligament) tearing. I needed surgery but the World Championships were only 3 months away. The next 3 months were spent running programs and learning to lift with my left hand – it was a painful winter. We got to Sweden and, despite the injury put down a clean long and placed 6th at our first World Championships. It was complete vindication.


Q: You and John Mattatall (who's from my home province of Nova Scotia - hayyy!) auditioned to compete on the first season of Amazing Race Canada, which is one of my favourite shows. Why do you think you would have made an amazing team?

A: Johnny and I unfortunately were not selected for the first season, but we’ll keep trying… they can only say no so many times! I think we’d be great because we are both capable of functioning with no sleep and constant laughter. I don’t know if we've ever not had a good time!

Q: Who are your all time favourite Amazing Race teams?

A: Definitely Tim Hague Sr. and Tim Hague Jr., winners of The Amazing Race Canada this year. Tim Hague Sr. has Parkinson's disease, as does my Mom so it was incredibly inspiring to see what he was able to accomplish.

Q: Where would you most want to visit if you made it on the show?

Q: Pairs skating is a very dangerous but exciting sport. What is the scariest accident you've had on the ice?

A: In Novice, my partner's blade went through the side of my hand on a side by side flying camel. I was fortunate to have missed the tendons but the nerves were cut pretty badly. I still have no feeling in my right thumb. Other than that, I think I was actually pretty lucky throughout my career.

Q: If you could meet any famous person living or dead who would they be and why?

A: Without question, Muhammad Ali. While his greatest accomplishments in and out of the ring have been widely documented, there was one interview that always inspired me. After being banned from boxing then finally allowed to fight again, he began a long and difficult comeback. While vying for a title shot, he had his jaw broken by a relatively unknown fighter named Ken Norton. After the fight, with his jaw wired shut, he was quoted as saying "the talk is that Ali is finished; he's washed up, but I have a big surprise for the whole world: The bee has not lost its sting and the butterfly still has its wings." At the time most people believed he was completely finished, but a year later he proved them wrong by taking the title from George Foreman, one of the hardest punchers in heavyweight history. The quote echoes in my mind whenever it gets difficult to see the light at the end of the tunnel.


Q: Of today's top skaters, who do you think has the best chance to be the next Olympic gold medallists in pairs?

A: When I was skating, the two pairs skaters that I most admired were Tatiana Volosozhar and Maxim Trankov although, at the time, they were each with other partners. I was pretty excited when I heard they would be skating together and I don’t think they have disappointed. Plus, he’s completely nuts and I've always loved that about him! The other team that might surprise this year is Meagan and Eric. Having skated with Meagan and having trained in the same rink as Eric, I know these two are capable of miracles if they put the work in at home. From what I hear, their training has been very good over the summer so nothing these two do this year would surprise me. Olympics aside, I actually really can’t wait to see this year’s Nationals. Kirsten and Dylan have been constantly improving and I think they could be a real wild card this season. They're the team that, if given an inch, will take a mile.

Q: What was the experience of competing at the Olympics like?

A: Beyond words. twenty years of having one single goal, summarized in an instant by looking up, hearing your name, and seeing the Olympic rings. It was life altering.


Q: Canada is known for its tradition of great pairs skating in recent years - from Barbara Underhill and Paul Martini to Isabelle Brasseur and Lloyd Eisler and Jamie Sale and David Pelletier, among countless others, including yourself. What do you think makes Canada's pairs skating program so strong?

A: I think it is a combination of rich skating tradition, focused coaching and strong training centers. We still have a long way to go in supporting our athletes to the level that some other countries support theirs, but I think Canadian talent does a fine job of working, fighting, and clawing its way to the top. Since retiring, I have taken a position as a board member of AthletesCAN (the voice of Canada’s national team athletes) and on the Skate Canada Member Services Committee, so I’m hoping to play a small part in helping Canada’s next generation.

Q: You recently got married! Congratulations. What other exciting things have been going on in your life since you ended your competitive skating career?

A: Thanks! While skating, I started a company which I ended up selling last year. I also applied, and was accepted into the MBA program at McGill University despite not having an undergrad degree. I had been out of school for 12 years when I went back so it was pretty terrifying! I finished last year and I am currently looking to start the next chapter. It’s been a really fast, really crazy few years.


Q: What is the biggest lesson that figure skating taught you?

A: Embrace failure. In my career I lost many, many more competitions than I won. Each failure brought with it change and future success. I learned that the best measure of success is the speed at which you get up when you’ve been knocked down.

If you enjoyed my interview with Craig, "like" this blog on Facebook at http://www.facebook.com/SkateGuard for all of the new interviews and writing as they get posted, pictures and news from the skating world and lots of great videos! You can also give me a follow on the Twitter at http://twitter.com/SkateGuardBlog. I love talking skating and would love to talk skating with you!
Posted by Skate Guard Blog at September 20, 2013
Email ThisBlogThis!Share to TwitterShare to FacebookShare to Pinterest
Newer Post Older Post Home