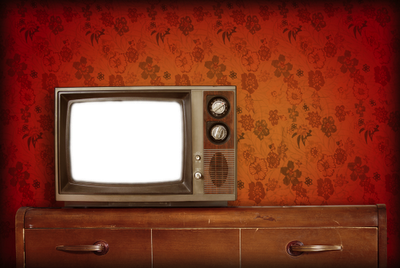 In the summer of '71 (not quite the Summer of '69 like in the song but pretty damn close), CBS presented an eight episode television variety/skating show on Sunday nights called The Ice Palace. The first effort of its kind, the show contrasted entertainment acts against the background of a mythical ice palace and featured guest hosts like Carol Lawrence, Vikki Carr, Dean Jones, Leslie Uggams, Johnny Mathis and Roger Miller and skating entertainment from skaters Tommy Litz, Tim Wood, Linda Carbonetto (now Linda Villella), Billy Chappell, Donald Knight, Gisela Head, Tim Noyers, Roy Powers, Sandy Parker and The Bob Turk Ice Dancers all skating to music orchestrated by Alan Copeland ranging from Barbra Streisand's "Don't Rain On My Parade" to Janis Joplin's "Me And Bobby McGee". Although short lived, The Ice Palace proved that figure skating sold as a television show.

Beginning years before the tour of the same name would become a household name across North America and later worldwide, Stars On Ice was also the name of a weekly television variety/skating show broadcast from 1976 to 1981 on CTV here in Canada that featured some of most iconic names in skating of the era. In fact, it was North America's first national network ice skating series and "one of the most lavish, expensive and successful productions ever done on Canadian television" according to series writer Mary E. McLeod. The show debuted on September 14, 1976.


Filmed on a 40 X 60 ice rink set up at Toronto's CFTO-TV studio six (which expanded to a 46 X 68 sized rink by the show's second season), the series was produced and directed by Michael Steele along with executive producers Arthur Weinthal of CTV and Ed Richardson of Glen Warren Productions. It featured a regular cast of fourteen professional skaters, most of whom were based in the Toronto area. The show also regularly featured special guests from the figure skating world as well as guest celebrities and musicians and was hosted by Jeopardy's own Alex Trebek from 1976-1980 and Doug Crosley during the series' final year. The early evening series reached such popularity and was so easily marketable (as it was physical entertainment not based on language) that it was syndicated in over thirty countries worldwide including Brazil, Hong Kong, Nigeria and Iran.


The show set a precedent for skating's marketability on television outside of the competition and one time special model and no doubt encouraged others to feature it as well. Donny and Marie Osmond's show featured skating performances and in 1980, a variety production on NBC called The Big Show featured an ice rink and skating performances from the likes of Toller Cranston (a regular on Stars On Ice), John Curry, Peggy Fleming and Dorothy Hamill. Years later, other series based around figure skating's would gain the world's attention and imagination include FOX's short lived Skating With Celebrities, Australia's Skating On Thin Ice and of course the wildly popular Dancing On Ice ITV show based around Torvill and Dean and CBC's Battle Of The Blades. TLC even took a break from hoarders, pre-adolescent pageant queens and people picking a chicken asparagus with two sides out a dumpster to pilot Jersey On Ice, a series based around New Jersey figure skating coaches that never got off the ground but was a time nonetheless. Yeah, I watched. It had skating in it.


I think it's compelling that Stars On Ice played for so many years around the world and started here in Canada and many people aren't even aware that it existed as this glamorous forerunner to a show like Battle Of The Blades which is so popular here today. One of my favourite parts of writing this blog is digging and finding these stories from another time that connect to the 'now' of skating. Skating's storied past deserves as much attention as we can give it and I for one would love to see something like this take center stage again in a more modern context.

Skate Guard is a blog dedicated to preserving the rich, colourful and fascinating history of figure skating. Over ten years, the blog has featured over a thousand free articles covering all aspects of the sport's history, as well as four compelling in-depth features. To read the latest articles, follow the blog on Facebook, Twitter, Pinterest and YouTube. If you enjoy Skate Guard, please show your support for this archive by ordering a copy of figure skating reference books "The Almanac of Canadian Figure Skating", "Technical Merit: A History of Figure Skating Jumps" and "A Bibliography of Figure Skating": https://skateguard1.blogspot.com/p/buy-book.html.
Posted by Skate Guard Blog at July 27, 2014
Email ThisBlogThis!Share to TwitterShare to FacebookShare to Pinterest
Newer Post Older Post Home