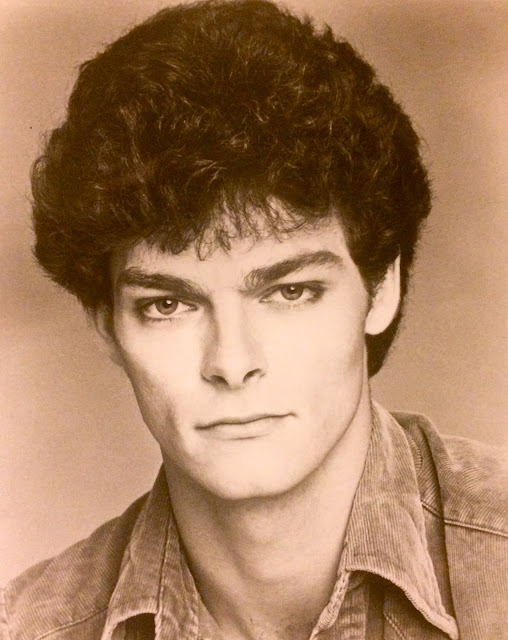 "To me, Shaun's great beauty came from inside. He was everything a parent could want and hope for. He showed a tremendous strength, helped me see other ways of life and not to be judgemental and showed us all what true love was.   Not once did I ever hear him complain and all he asked for was laughter and smiles, not sad faces. I know I'm stronger because of him and I try to be a better person because of him. I always enjoyed watching him skate." - Kathleen McGill

The son of Joseph and Kathleen McGill, Shaun McGill grew up in Mississauga, Ontario and started skating at the age of eight. He soon began train at Toronto Cricket, Skating and Curling Club. An artist among athletes, he made his first big splash at the national level as a skater when he finished second in the novice men's event at the 1978 Canadian Championships in Victoria, British Columbia, beating a young Paul Martini. That autumn, he moved up to the junior ranks, finishing second at the Central Ontario Sectionals behind Brian Orser on his way to a third place finish in the junior men's event at the 1979 Canadian Championships behind Orser and Kevin Parker. He remained in the junior ranks until 1981, when at the age of nineteen he finished second behind Neil Paterson at the Canadian Championships despite competing with bone splints on both legs, which were taped for his free skating performances.

In 1982, Shaun moved up to the senior ranks, placing third at the Eastern Divisionals in Montreal that year behind Brian Orser and Gary Beacom and winning the Central Ontario Sectionals in 1983. However, in an age of Canadian men's skating when difficult triple jumps were becoming increasingly more valued than musical sensibility, he made the decision to join the professional ranks and tour with John Curry's company. Although his amateur competitive record might not have been as impressive as some of his peers, he gained respect from critics for his artistry. However, his turbulent off ice relationship with Curry spilled out on the ice. In his book "Alone: The Triumph And Tragedy Of John Curry", Bill Jones noted that "private off-ice turbulence frequently spilled out frequently into rehearsals."Shaun left the company and in 1985 joined fellow Canadians Gary Beacom, Gia Guddat and Kelly Johnston and John Thomas, touring Austria, England and Canada with legendary ice dancers Jayne Torvill and Christopher Dean. He was rewarded with a bluesy solo act in the 1986 Canadian tour.

Perhaps Shaun's most famous role as a skater was in the 1987 made for television production "Sleeping Beauty On Ice", choreographed by Lar Lubovitch. Appearing alongside Robin Cousins, Rosalynn Sumners, Lea-Ann Miller and Bill Fauver, Nathan Birch, Patricia Dodd, Catherine Foulkes in a thirty member cast, Shaun portrayed the wicked Fée Carabosse and owned the role to the extreme. Dance critic George Jackson lauded him for "intricate footwork, fleetness, and his streamlined silhouette," also noting that "McGill suffused his technique with a demonic intensity that made him right for the role of Carabosse in the televised ice version of 'Sleeping Beauty', Drosselmeyer in the Chicago ice spectacular of 'The Nutcracker', and for the personifications of character or mood in the solos he set for himself." In both December 1987 and 1988, he finished second at the World Professional Figure Skating Championships in Jaca, Spain. He unfortunately lost the 1987 title to fellow Canadian Daniel Beland by less than a point. 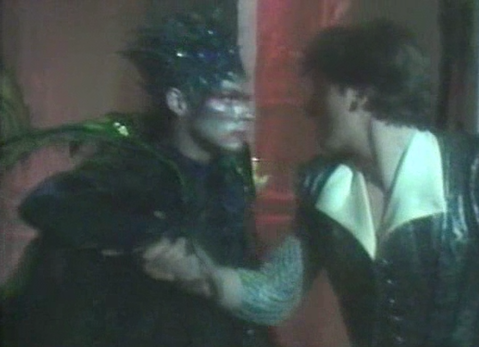 Shaun appearing as Carabosse in "Sleeping Beauty On Ice"

Just as Shaun's professional career was starting to really take off, in 1989 at the age of twenty seven he was told that he was HIV positive. A January 25, 1993 article in "People" magazine, quoting his surviving long term partner Regis Gagnon shares the story of his diagnosis and final years: "'He was very calm,' recalls Regis Gagnon of skater Shaun McGill in 1989 after McGill was told he had AIDS. Gagnon, 32, a program adviser at the Ontario Ministry of Health, lived with McGill in Toronto for four years prior to McGill's death. 'I kept informed about the latest AIDS treatments. Shaun said to me, 'Just tell me what I need to know. I'll take the pills I'm supposed to take. But don't bother me. I've got work to do.' Gagnon claims McGill did some of his finest choreography and skating after his condition was diagnosed. 'There was an intensity, a real need to produce,' says Gagnon of his friend, who never won an Olympic medal but was regarded by his peers as one of the most creative skaters of his generation. 'He wanted to get his work out because he knew his time was finite.' McGill, who spent a lot of time traveling, was one who kept his condition secret for fear that he would not be allowed to enter the U.S., where most professional skaters find work with various ice shows. One spring day in 1991 his secret was nearly revealed. On his way to Baltimore, home base of The Next Ice Age, a professional troupe he was working with, he was stopped by U.S. immigration officials in Toronto. 'He didn't look totally well, so they look him into a room and interrogated him [about whether he had AIDS],' says Gagnon. 'He had to tell them something so he'd be allowed to cross the border. So he told them he had cancer.' The officials told McGill that they would have to confirm his statement and asked for the name of somebody they could call. He gave them Gagnon's. Then, while the officials left him momentarily unattended, 'Shaun sneaked out of the customs office, found a phone and called to tell me what kind of cancer he'd told them he had,' says Gagnon. 'It was pretty traumatic.' Only when McGill grew too weak to skate, shortly after that incident, did he stop performing. McGill's friend Tim Murphy, a co-founder of the Next Ice Age, remembers McGill's final performance with the company. 'He said, 'I think this is the last time I'll do this,' Murphy recalls. 'We had a little cry and a hug. It was the only thing I ever heard him say about how he was affected by AIDS.'"

Shaun passed away on March 23, 1992 at the age of thirty, leaving behind his parents, partner, two brothers and coaches Jack Raffleur, Louis Stong, Bruce Lennie and Mrs. Ellen Burka. An ailing John Curry wrote, "Hard to believe that one so full of energy and spark should be dead". Nathan Birch recalled him as "one of the most inventive, artistic skaters of all time, and he really inspired younger skaters to push the envelope a bit and be more experimental." His former competitor Gordon Forbes recalled him as "a wild man; sad but funny, and incredibly talented." In a December 13, 1992 interview with the Calgary Herald, his mother Kathleen said that she hoped his legacy would live on and that "when people think of Shaun and Brian [Pockar] and Rob [McCall] and Dennis [Coi], I hope they forget AIDS and remember them for what they did for skating and for other people. They never did anything to make us ashamed. We're very proud of them."

I never met Shaun McGill. I was eight years old when he passed away. However, as a young gay man who grew up skating in Canada in the era of Elvis Stojko pumping out quads yet looking to the Toller Cranston's of skating - the artists - as who I wanted to emulate, I can't help but personally feel some connection to Shaun McGill's story. I would have loved to have met him!

Skate Guard is a blog dedicated to preserving the rich, colourful and fascinating history of figure skating. Over ten years, the blog has featured over a thousand free articles covering all aspects of the sport's history, as well as four compelling in-depth features. To read the latest articles, follow the blog on Facebook, Twitter, Pinterest and YouTube. If you enjoy Skate Guard, please show your support for this archive by ordering a copy of the figure skating reference books "The Almanac of Canadian Figure Skating", "Technical Merit: A History of Figure Skating Jumps" and "A Bibliography of Figure Skating": https://skateguard1.blogspot.com/p/buy-book.html.
Posted by Skate Guard Blog at January 15, 2016
Email ThisBlogThis!Share to TwitterShare to FacebookShare to Pinterest
Newer Post Older Post Home