"We're probably just as nervous as [skaters] are going into a competition. We have to be in the right frame of mind just as they do. The adrenalin runs for us just like it does for the skaters. Evidently we aren't supposed to show it... Believe me, it takes guts." - Pierrette Paquin Devine, "The Montreal Gazette", January 30, 1975

Born in 1930, Pierrette Cécilia Paquin was the daughter of Donat and Elsie (Lapointe) Paquin. She and her sisters Paulina and Paulette grew up in Hull, Quebec in a Roman Catholic family. Her father was a very prominent businessman who owned many cinemas in the area, including the Odéon and French Theaters in Hull, Victoria Theater in Ottawa, Pix in Aylmer and the Régent Theater in Gatineau. 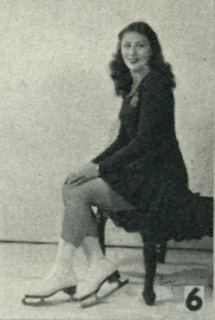 Photo courtesy "Skating" magazine
A talented piano player in her youth, Pierrette was faced with the task of choosing between scales or school figures. The latter won out and soon she was training ten hours a day at the Minto Skating Club. Training conditions during World War II at the Club were far from glamorous. She would often arrive at the rink before six in the morning, more than an hour before the caretaker arrived, to get the furnace going. It was so cold that the skaters would have to break the ice in the toilet with a hanger and line their boots with newspapers. Despite the fact she shared a coach (Otto Gold) with Barbara Ann Scott, not all of the members of the Club welcomed her with open arms. The Minto Skating Club, like many skating clubs at the time, was very English. Pierrette and the Choquette sisters - Andrée, Connie and Denyse - were part of an extremely small circle of skaters at the club who came from French Canadian families. Despite the fact her mother headed the Club's costume committee and chaperoned the skaters when they went on bus trips to perform in Lake Placid and Montreal, there were some with anti-Catholic and anti-French sentiments who were less than kind. 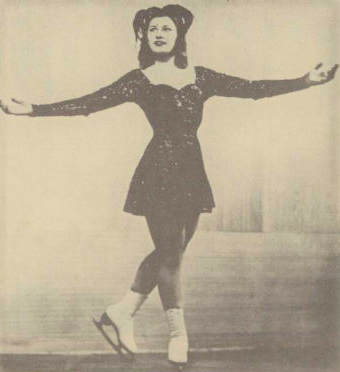 Pierrette's talent on the ice led to starring roles in the Minto Follies and a third place finish in the junior women's event at the 1945 Canadian Championships. After a few years of competing against Barbara Ann Scott in the senior women's event at Canadians, she turned her attention to ice dance. Teaming up with Donald Tobin, she finished second in the Waltz and ice dance events at the 1949 Canadians and won the Tenstep. At that year's North Americans, they finished just off the podium in fourth. In 1950 and 1951, the duo just lost out on winning the Waltz and Tenstep at Canadians but won the overall Canadian title in dance. At the 1951 North Americans in Calgary, they made history as Canada's first medallists at the event in ice dance. Off the ice, Pierrette worked as a buyer for Morgan's Department Store in Ottawa. In her spare time, she enjoyed riding horses, swimming, collecting oriental curios, knitting and reading. 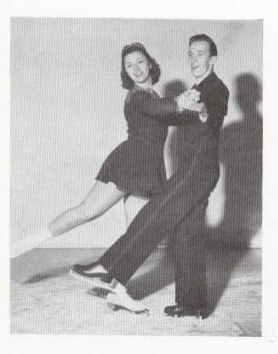 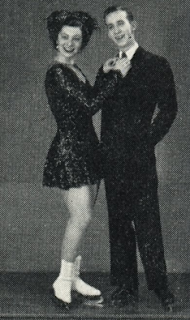 During the height of her skating success, Pierrette would travel anywhere she could to find ice. In the summers, she teamed up with Bill Kipp to compete in the Lake Placid Summer Dance Competitions. During Easter and Christmas holidays, she'd train in British Columbia and Washington state. By this point, she was also regularly working with famed coach Osborne Colson. 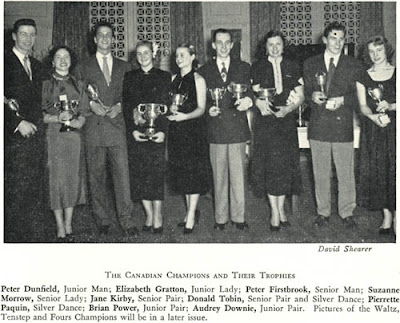 Winners at the 1951 Canadian Championships. Photo courtesy "Skating" magazine.
When Donald Tobin turned professional to skate in shows, Pierrette briefly teamed up with Roger Wickson's brother Malcolm. The duo finished third in the Waltz, Tenstep and dance events at the 1952 Canadian Championships. However, by this point Pierrette's attentions had really turned from skating to judging. In Toronto in April of 1950, she had made history as one of the first skaters in Canada to pass the CFSA's new Gold Dance tests... a testing session she'd both skated and judged at. Her valuable expertise (in dance in particular) was recognized in 1952 when she became Canada's first national level judge... at the age of twenty two. The first major competitions she judged were the 1953 Canadian and North American Championships. 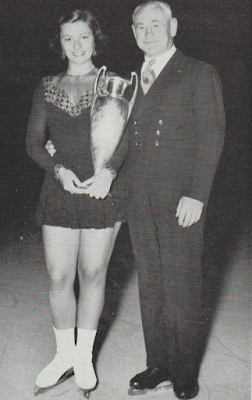 Pierrette Paquin Devine and Louis Putrin, winners of the 1950 Veteran's Ice Dance Competition in Lake Placid in 1950. Photo courtesy "Skating World" magazine.
In 1956, Pierrette married Francis Michael Devine at the Notre-Dame-de-Grâce church in Hull. The couple settled in Toronto and raised a daughter and three sons. Pierrette's marriage was a blow to fellow skater Don Laws. He recalled, "Pierrette was the love of my life, the girl I would have married. We had a great time and when, in winter, she would come to Washington to train with [Osborne] Colson, she and her mother stayed with a relative of mine. Pierrette and I went everywhere together and were close; she had a governess always present. It was the way of the times... When I went off to Korea, we wrote frequently and it was through a letter that I found out that I had lost her to a quarterback. Her wedding took place after I had returned from the war and I attended the church ceremony. I skipped the reception." 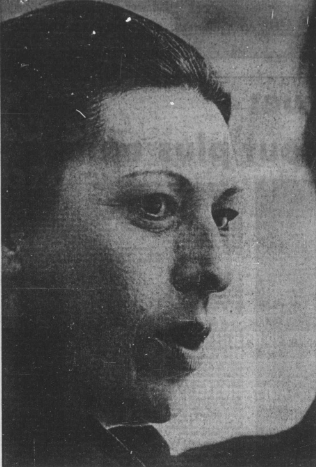 Though Pierrette had something of a reputation as a 'low marker', she was very well-respected among her peers for her honesty - she wasn't afraid to call it as she saw it and go against the grain nor did she have any qualms about standing up for Canadian skaters even if she was outnumbered. At the 1964 World Championships, she was the only judge to place Paulette Doan and Ken Ormsby ahead of the Czechoslovakian winners. At a different event, she dared to place Karen Magnussen ahead of Peggy Fleming. The event's referee praised her, saying, "Madame Devine, you judged that magnificently." Another time, she gave Karen low marks in free skating and afterwards approached her and explained, "I just didn't think you skated that well. Karen replied, "Yes, Mrs. Devine, I know and you were right." She saw the darker side of judging when she refereed the controversial ice dance event at the 1969 North American Championships, where Canadians Donna Taylor and Bruce Lennie defeated Americans Judy Schwomeyer and Jim Sladky in an alleged fix. When she came to the powers that be at the CFSA with her concerns, she was allegedly told to "shut up".

Pierrette's disillusionment with the judging world only grew stronger in the seventies. When she judged the men's event at the 1976 Canadian Championships, she was shocked when the judges on either side of her asked if Ron Shaver had just performed a series of doubles or triples. He had landed three triple loops in succession - a rare feat in those days. Not long after, she retired from judging, frustrated with the dishonesty and incompetence she too often saw around her.

Rather than walk away from the sport, Pierrette moved to Montreal reinvented herself as a coach. Several of her students competed at the national level and later toured in ice shows, including Jaimee Eggleton, who represented Canada at the 1984 Olympics in Sarajevo. She retired from coaching in 1998 and moved to Luskville, Quebec. She sadly passed away on September 17, 2020 at the age of ninety.

Skate Guard is a blog dedicated to preserving the rich, colourful and fascinating history of figure skating. Over ten years, the blog has featured over a thousand free articles covering all aspects of the sport's history, as well as four compelling in-depth features. To read the latest articles, follow the blog on Facebook, Twitter, Pinterest and YouTube. If you enjoy Skate Guard, please show your support for this archive by ordering a copy of the figure skating reference books "The Almanac of Canadian Figure Skating", "Technical Merit: A History of Figure Skating Jumps" and "A Bibliography of Figure Skating": https://skateguard1.blogspot.com/p/buy-book.html.
Posted by Skate Guard Blog at October 01, 2020
Email ThisBlogThis!Share to TwitterShare to FacebookShare to Pinterest
Newer Post Older Post Home