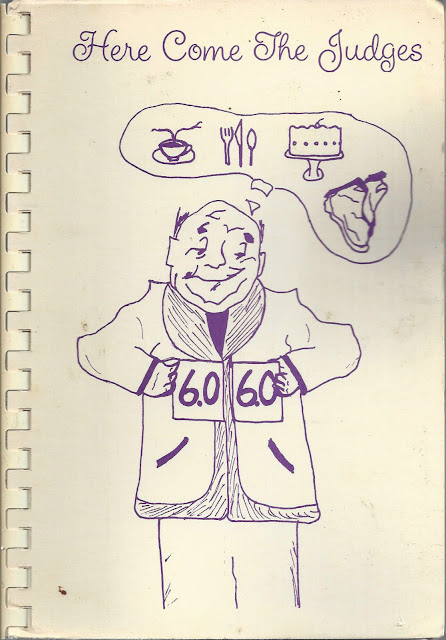 Cover to Lilac City Figure Skating Club (Spokane, Washington) cookbook, 1984
For as long as figure skating competitions have existed, there have been dedicated men and women freezing their fannies off to judge them. From the encouraging judges who guide us through our Preliminary Dance tests to the crooked 'tap-dancing judges' and Marie-Reine Le Gougne in Salt Lake City, these volunteers certainly do run the gamut. The last Jumble Of Judging Tales was such a hit, I decided to share another collection of judging stories you may not have heard!

In December of 1945, Herbert J. Clarke became the President of the ISU. Prior to World War II, he had been a perennial judge at the European and World Championships. He first judged at the Worlds in Vienna in 1923, when Sonja Henie's one-time rival Herma Szabo won her second World title. He was the only judge to place her second in the free skate. 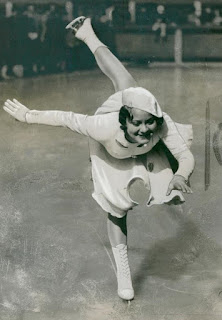 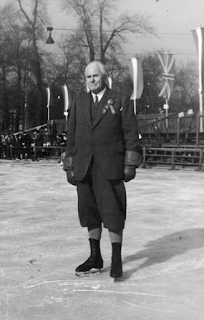 Though a small handful of judges dared not to place the Norwegian skating queen first during her decade long reign, no other judge was perhaps more despised by Sonja Henie than Herbert J. Clarke. 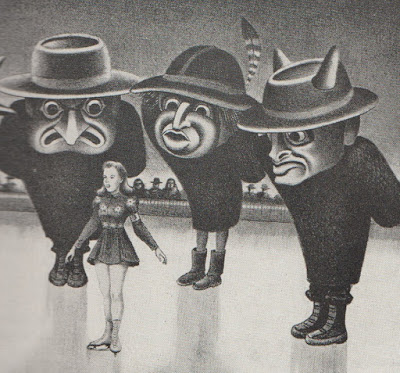 To say that judges have been disagreeing since skating's earliest beginnings is no exaggeration. The first judge to place a World Champion outside of the top three was Ivar Hult. Way back in 1897 in Stockholm, he was the only one of five Swedish judges to have the winner Gustav Hügel fourth overall on his scorecard. The first judge to do this under the Open Marking System was one Mr. Voordeckers of Belgium in 1950. He had World Champions Karol and Peter Kennedy sixth. All but one other judge had them first.

Though the 1928 Winter Olympics in St. Moritz were the fourth Games to include figure skating, they were the first where a competitor didn't perform 'double duty' as a judge. In London in 1908, Horatio Tertuliano Torromé judged the pairs event and competed in the men's. In Antwerp in 1920, Walter Jakobsson judged the men's and competed in the pairs. 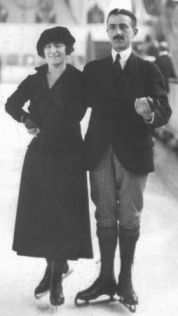 In Chamonix in 1924, Belgium's George Wagemans competed in pairs and judged the women's. Perhaps sitting with Walter Jakobsson on the judging panel jinxed him. He and partner Georgette Herbos placed only fifth. In all three cases, the men in question served alongside judges who scored them at the same event. 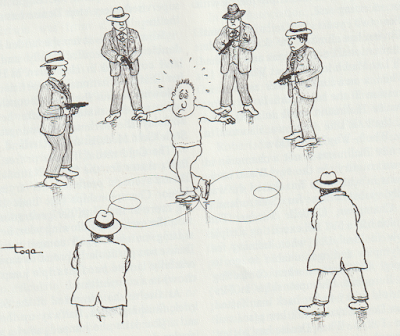 FEMALE FIRSTS
If you get your figure skating history from Wikipedia, you might think that the first woman to judge at the World Championships was an Austrian woman with the last name Schwarz. The ISU's records list a 'F. Schwarz' and a 'Fr. Schwarz' as judges of the women's and pairs events in 1911, but the Fr. didn't stand for Frau or Fraulein. Primary sources reveal that both Schwarzes were men. Ferdinand Schwarz represented one Viennese skating club; Franz Schwarz another.

A woman didn't judge at the World Championships until 1929, when Olympic Gold Medallist Ludovika Jakobsson picked up a clipboard and marked the pairs event. She made history again in 1936, when she became the first female Olympic judge, again in pairs. In 1938 and 1939, she and Ethel Muckelt successively judged the pairs event at the Worlds. 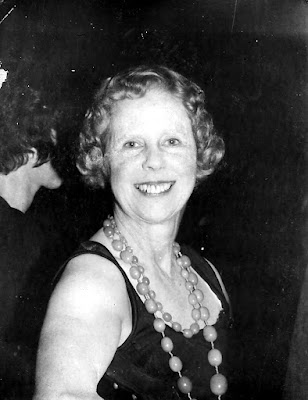 Mollie Phillips. Photo courtesy "Ice & Roller Skate" magazine.
Following World War II, Mollie Phillips emerged as a pioneering female judge, officiating at the 1947 European Championships and 1948 and 1949 Worlds. In Milan in 1951, she judged the pairs and men's event and Pamela Davis judged the women's, making it the first year that all three disciplines had female representation on the judging panel. When ice dance was officially added in 1952, she and Katherine Miller Sackett, the first female judge at Worlds from America, sat on the panel. In 1953, she became the first female referee at an ISU Championship, presiding over the dance event. Canada's first female judge at Worlds was Pierrette (Paquin) Devine in 1957.

Women didn't outnumber the men on a judging panel at the World Championships until 1965. The pioneering judges of the women's event in Colorado Springs that year were Great Britain's Pamela Davis, France's Jeanine Donnier-Blanc, East Germany's Carla Listing, the Soviet Union's Tatiana Tomalcheva and America's Jane Vaughn Sullivan. The year prior, Mrs. Donnier-Blanc had served on the first five-female judging panel at the European Championships.

In 1892, a series of North American fancy skating contests were embroiled in judging controversies. At the Championships Of America, held that year at the Hoboken Thistle Club in New Jersey, George Dawson Phillips of New York beat J.F. Bacon of Boston by six points. It was charged that the judges were all close personal friends of Phillips and that they "misinterpreted" the rules and given Phillips an extra two points and deducted three from Bacon's tally. 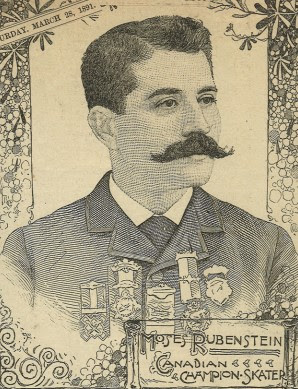 Photo courtesy Canadian Jewish Heritage Network, Jewish Public Library Archives
At the New England Skating Association's championship in Brighton, Massachusetts, Bacon beat Louis Rubenstein's brother Moses by twenty points. When newspaper reporters decided that Rubenstein had been screwed, the organizers of the event declared the results null and void, and when it was later decided to allow the original results to stand, Rubenstein refused the second prize.
When Rubenstein defeated Bacon by twenty points at the next event in Montreal, one of the judges (a hockey player named Charles E. Torrance) gathered up all of the score sheets and threw them in the fire to avoid scrutiny. That December, a reporter from "The Boston Globe" joked, "Figure skating is about as difficult and unpleasant thing to judge as a prize lot of babies, and the judges may, like the Western singer, have been doing the best they knew how."
While we may not agree with some of the PCS scores being doled out in figure skating competitions today, at least the judges can't burn their scoring sheets.

Skate Guard is a blog dedicated to preserving the rich, colourful and fascinating history of figure skating and archives hundreds of compelling features and interviews in a searchable format for readers worldwide. Though there never has been nor will there be a charge for access to these resources, you taking the time to 'like' the blog's Facebook page at http://www.facebook.com/SkateGuard would be so very much appreciated. Already 'liking'? Consider sharing this feature for others via social media. It would make all the difference in the blog reaching a wider audience. Have a question or comment regarding anything you have read here? Have a suggestion for a topic related to figure skating history you would like to see covered? I'd love to hear from you! Learn the many ways you can reach out at http://skateguard1.blogspot.ca/p/contact.html.
Posted by Skate Guard Blog at January 18, 2022
Email ThisBlogThis!Share to TwitterShare to FacebookShare to Pinterest
Newer Post Older Post Home