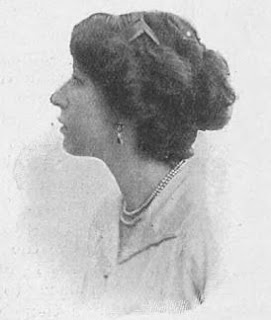 "To make the best of every talent; to be aware of the beauty of the world. To be active, cheerful, amused, and if possible, amusing; to make and keep great friends; to enjoy things; to grumble as little as possible; to keep an open mind, and, as a consequence, to be happy, even in the difficult, if exciting, world of today." - Lady Evelyn Grey Jones, handwritten letter to Lady Evelyn Public School, 1965

Lady Evelyn Alice Grey was born March 14, 1886 in St. George Hanover Square, London, England. Her father, Albert Henry George Grey, was a Liberal Member of Parliament for Northumberland County in the House Of Commons at the time. Her mother, Alice (Holford) Grey, was something of a socialite... to put it very mildly. Her father's parents were a secretary and servant to Queen Victoria and her mother's father was a wealthy art collector and Member of Parliament for Gloucestershire. To say that Evelyn grew up with a silver spoon in her mouth would be something of an understatement. 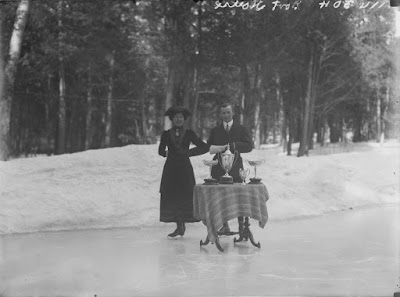 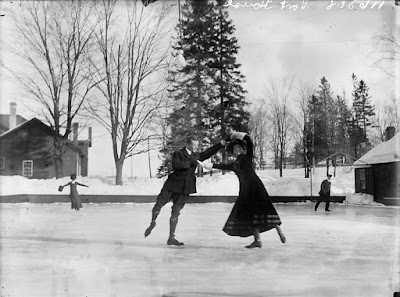 Evelyn grew up wanting for very little in London. She didn't see a lot of her father when she was a young girl, as he had accepted an invitation from Cecil John Rhodes to serve as an administrator with the British South Africa Company in Rhodesia. In 1904, when Evelyn was eighteen her father was appointed Governor-General of Canada by the government of Prime Minister Arthur Balfour. Upon his arrival in Ottawa, he succeeded his brother-in-law the Earl of Minto... the founding member of the Minto Skating Club. 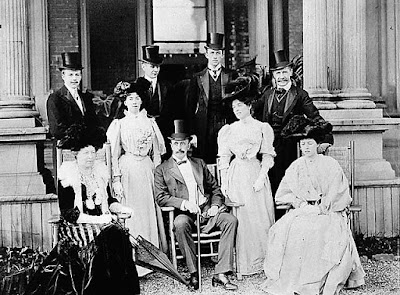 Evelyn hadn't been one of those elegant 'society ladies' who'd skimmed the ice at Prince's Skating Club at Knightsbridge. In fact, until she arrived in Ottawa, she hadn't really given skating much of a thought. While residing at Rideau Hall, she could hardly escape the ice. 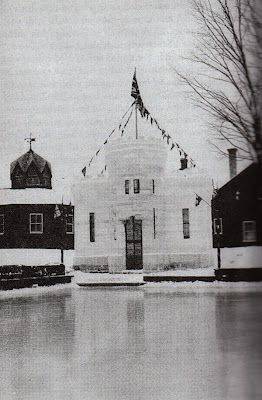 Continuing the long-standing tradition established by the Minto's, the fourth Earl Grey hosted wildly popular weekly moonlight skating and tobogganing parties at Rideau Hall during his stint as Governor-General. One such party was described by his daughter Lady Victoria Grenfell in a letter to Lady Wantage thusly: "Two huge bonfires burn and crackle close to the two rinks both of which are lit up by rows of Chinese lanterns on wires all round them... The party is opened by a procession of couples on skates each holding a torch and skating a long serpentine march to the music of the band. The tattoo of torches with all the lanterns and coloured Bengal lights really made it look like Fairyland. It was a glorious night with a splendid full moon." In 1906, the Earl Grey donated the Earl Grey Cup to the Montreal Winter Club for competitions in "combined figure skating of four to a center, combined figure skating in pairs and individual skating." He also attended numerous skating competitions, often presenting prizes to the winners. 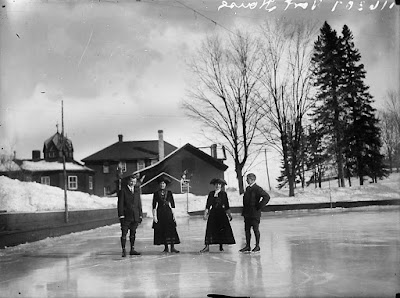 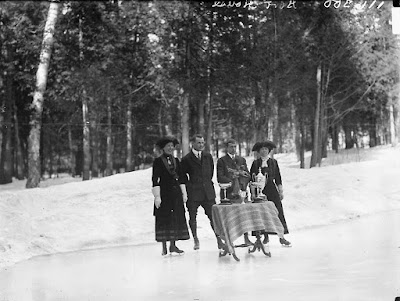 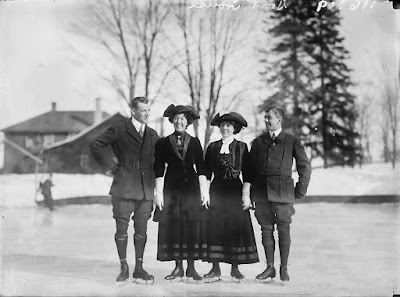 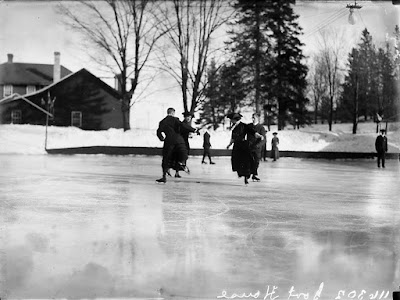 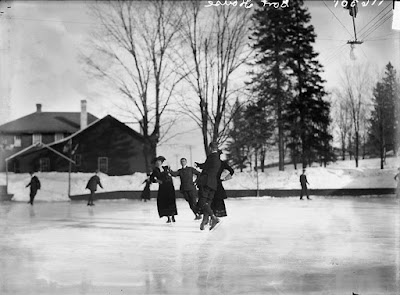 Though the Earl Grey was a patron of several skaters at the Minto Skating Club, none was nearer and dearer to his heart than his own daughter. The Earl was responsible for bringing Arthur Held, a German coach who had been teaching in America, to the Minto Skating Club... specifically to help Evelyn with her school figures. Evelyn won both the pairs and Waltz titles at the 1910 Canadian Championships - skating with partners Ormonde Butler Haycock and Dudley Oliver. The following year at the Canadian Championships in Montreal, Evelyn and Ormonde repeated as pairs champions... and Evelyn won the Canadian women's title. The Minto Skating Club won the overall title that year... and took home the Earl Grey Cup. The February 28, 1911 issue of the "Ottawa Citizen" noted, "Lady Evelyn's was a remarkable performance, when it is remembered that her career as a skater began only four or five years ago, and that she was handicapped by a lack of that early experience on the blades which falls to the lot of the ordinary Canadian. It therefore required natural aptitude, conscientious practice, and clever head work to enable her to rise to the top." 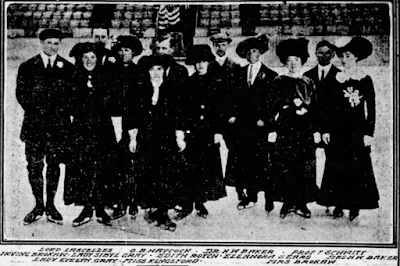 Top: Lady Evelyn Grey photographed with a who's who of North American skating in 1911, including Irving Brokaw, Ormonde B. Haycock and Eleanor Kingsford. Bottom: Clipping of a performance of Lady Evelyn Grey in Boston.

Interestingly, Evelyn's winning performances at the 1911 Canadian Championships weren't even her most noteworthy efforts on the ice that winter. At the Minto Skating Club's carnival a week prior, she'd joined her father, mother and sister on the ice in a fancy dress performance reminiscent of the Aberdeens' Historical Fancy Dress Ball of 1896, dressed in "an officer's costume of the eighteenth century." 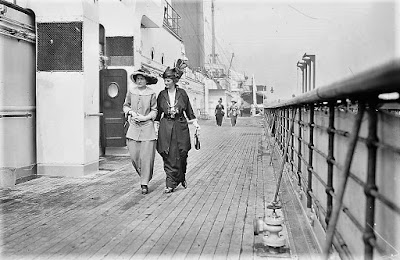 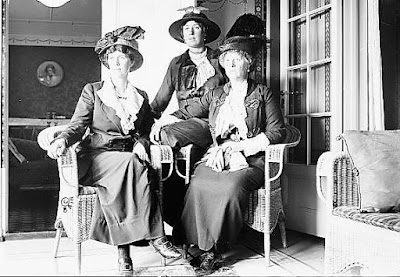 Following her win in Montreal, Evelyn travelled with her mother and sister Sybil to Boston, where she gave figure skating exhibitions in conjunction with a winter sports festival. She was widely praised by the well-to-do Bostonians in attendance. The March 17, 1911 issue of the "Citizen" noted, "The Minto [four] was described as a crack organization. Lady Evelyn Grey also appeared in pairs [with Ormonde B. Haycock], and was warmly greeted for her share in the graceful and picturesque performance." The ideas exchanged on this trip helped further relations between skaters from Ottawa and Boston and so moved the Duke of Connaught to suggest an international fours competition between Canadian and American skaters... the Connaught Cup. 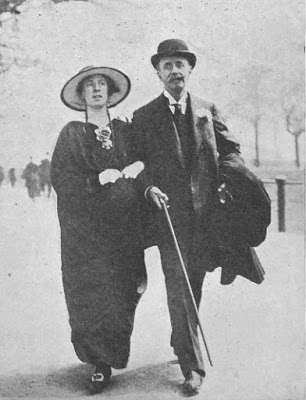 Lady Evelyn Grey and her father strolling in Regent's Park, London in 1916

Evelyn's short but highly impressive skating career was cut short by her marriage to British writer and barrister Sir Lawrence Evelyn Jones in 1912 and subsequent pregnancy with her first of five daughters. The couple made their home at Cramner Hall, a historic country house near Fakenham, Norfolk. She passed away on April 15, 1971 in the affluent London suburb of Marylebone at the age of eighty five, the distant memories of her short incarnation as a champion figure skater long forgotten.

Skate Guard is a blog dedicated to preserving the rich, colourful and fascinating history of figure skating and archives hundreds of compelling features and interviews in a searchable format for readers worldwide. Though there never has been nor will there be a charge for access to these resources, you taking the time to 'like' on the blog's Facebook page at http://www.facebook.com/SkateGuard would be so very much appreciated. Already 'liking'? Consider sharing this feature for others via social media. It would make all the difference in the blog reaching a wider audience. Have a question or comment regarding anything you have read here or have a suggestion for a topic related to figure skating history you would like to see covered? I'd love to hear from you! Learn the many ways you can reach out at http://skateguard1.blogspot.ca/p/contact.html.
Posted by Skate Guard Blog at August 04, 2020
Email ThisBlogThis!Share to TwitterShare to FacebookShare to Pinterest
Newer Post Older Post Home
"As a rule an author has one or two popular ways of contrasting the past with the present. He can treat the past as lying in comparative doleful ignorance, or he can explain that the past was infinitely superior to the day we live in. Of course, either method is the popular journalism of the moment, and in reality there is no sharp contrast, but a gradual transition which leads the past into the present." - Joel B. Liberman, Skating Club Of New York