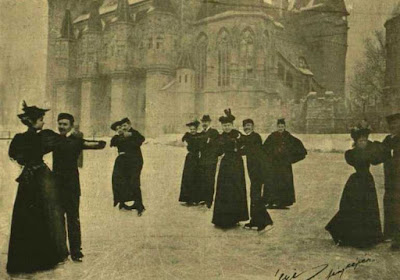 Figure skaters in Budapest, circa 1896

From the many champions who graced Budapest's historic Városligeti Műjégpálya to the legendary Zsófia Méray-Horváth, figure skating history has been peppered with stories of Hungarian figure skaters who have made important contributions to the sport's rich history. Today on the blog we will take a look at the stories of four forgotten Hungarian skating stars from days past! 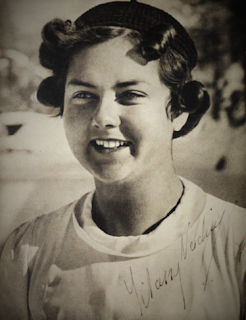 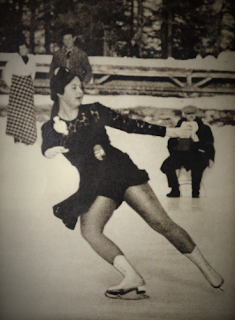 Born in 1918, Budapest's Nadine Szilassy reigned as the queen of Hungarian figure skating during the mid to late thirties. She won her country's national title three times from 1935 and 1938 but ultimately missed out on a chance to represent Hungary at the 1936 Winter Olympics to her rival Éva Botond, the skater who finished one spot ahead of Belita Jepson-Turner in Garmisch-Partenkichen. Though by accounts a fine free skater, she was a specialist in school figures. 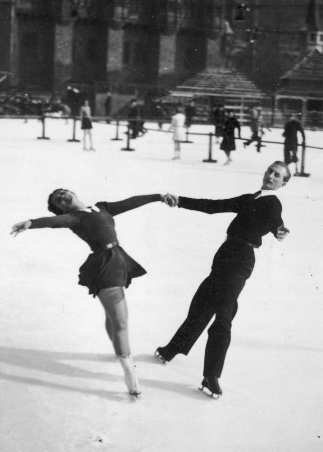 In 1939, she turned her attention to pairs skating and teamed up with Ferenc Kertész to place seventh at that year's World Championships in her hometown. After winning a fourth national title in 1940, she ended her competitive figure skating career during World War II. 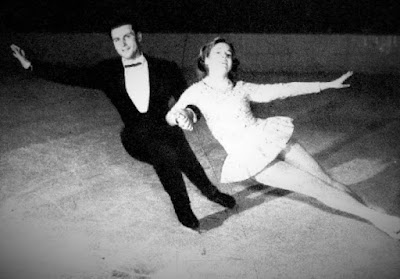 For seven years from 1959 to 1965, Györgi Korda and Pál Vásárhelyi reigned supreme as Hungary's ice dance champions. Although they never medalled at an international competition, their insistence on pushing the envelope didn't go unnoticed by audiences around the world at a time when no team dared upset the apple cart. One of the earlier teams to attempt a 'four-piece' free dance, their 1964 effort included a mixture of ballet, modern jazz, ballroom dance and comedy. British skating historian Dennis Bird called their skating "a little too unconventional" and Lynn Copley-Graves noted that "much of it was deliberately angular and looked ugly." They attempted to introduce a national folk dance to the fold in 1963 and were known for their showmanship but a lack of elite level coaching in Hungary coupled with the fact they only made it to England to touch up their compulsories once a year kept them from making the leap to the medal podium. However, their one year leap from twelfth to fourth at the European Championships from 1962 to 1963 was unprecedented at the time and a testament to their determination to succeed in an era when British teams dominated the international ice dancing scene. They retired in 1965 after receiving marks that ranged from fifth through twelfth at the World Championships in Colorado Springs. 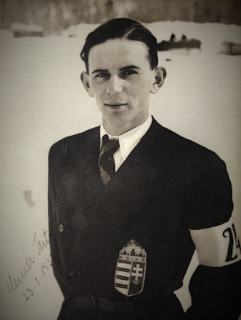 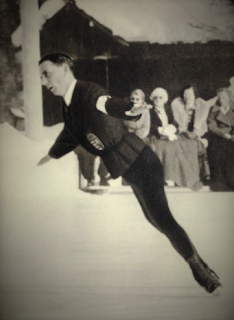 Born November 2, 1918 in Budapest, Hungary, Elemér Terták was the son of Ádám and Löwi Regina Terták. His father was a notable economist. Although his mother was Jewish, Elemér attended a Roman Catholic school. He started skating at the age of eight at the Városligeti Műjégpálya and made his debut on the international stage in 1934, winning the bronze medal at the European Championships in Seefeld, Austria behind Karl Schäfer and Dénes Pataky.

Though a three time Hungarian Champion, Elemér skated in the shadow of Dénes Pataky for much of his earlier skating career. Despite this, he earned two top ten finishes at the World Championships in 1934 and 1935 and at the age of seventeen, placed eighth at the 1936 Winter Olympic Games in Garmisch-Partenkirchen, Germany.


The following year Elemér placed third at the European and World Championships behind Felix Kaspar and Henry Graham Sharp but in the two years that followed, he fell out of medal contention and stopped skating competitively. 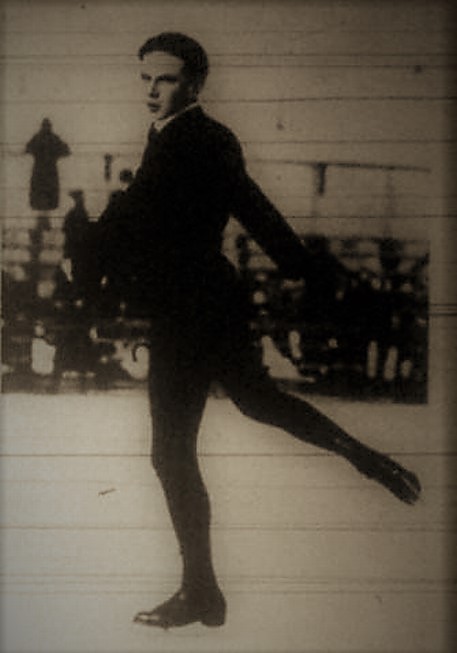 In 1940, Elemér earned a doctorate degree in law at University Of Budapest. In the years that followed, he served as Vice President of the Hungarian Skating Association and played an important role in the rebuilding of skating programs in his country after World War II. From the forties through the eighties, he served on the ISU Council and various ISU committees and acted as an international judge and referee. He was assistant referee in the men's event at the 1980 Winter Olympics and the referee of the pairs event at the 1984 Games in Sarajevo.

As a judge, Elemér often went against the grain. At the 1948 World Championships in Davos, he placed Eva Pawlik ahead of winner Barbara Ann Scott. His scoring of Frances Dafoe and Norris Bowden in 1955 in Vienna almost cost them their second World title. At the 1963 World Championships in Cortina d'Ampezzo, he placed controversial Hungarian ice dance team György Korda and Pál Vásárhelyi fifth. Four other judges didn't even have them in the top ten. In the eighties and nineties, he penned five books about figure skating including "Műkorcsolyázás és jégtánc". He also worked closely with Benjamin T. Wright in the development of "Skating Around The World", the ISU bible of figure skating history. He was given an honorary membership to the ISU in 1988 and passed away July 8, 1999 in Budapest at the age of eighty, having dedicated nearly his entire life to the development of figure skating.

Skate Guard is a blog dedicated to preserving the rich, colourful and fascinating history of figure skating and archives hundreds of compelling features and interviews in a searchable format for readers worldwide. Though there never has been nor will there be a charge for access to these resources, you taking the time to 'like' on the blog's Facebook page at http://www.facebook.com/SkateGuard would be so very much appreciated. Already 'liking'? Consider sharing this feature for others via social media. It would make all the difference in the blog reaching a wider audience. Have a question or comment regarding anything you have read here or have a suggestion for a topic related to figure skating history you would like to see covered? I'd love to hear from you! Learn the many ways you can reach out at http://skateguard1.blogspot.ca/p/contact.html.
Posted by Skate Guard Blog at August 29, 2017
Email ThisBlogThis!Share to TwitterShare to FacebookShare to Pinterest
Newer Post Older Post Home