Grace Munstock's silver medal from the junior women's event at the 1926 U.S. Championships

Held February 15 and 16, 1926 at the Boston Arena in Boston, Massachusetts, the 1926 U.S. Figure Skating Championships were perhaps the most unusual U.S. Championships to take place in the roaring twenties. For starters, the competition was held on a Monday and Tuesday (hardly prime ice time) with all but three rounds of school figures crammed into the second day. Two of the more important skating clubs in America at the time were poorly represented due to circumstances largely out of their control. The Philadelphia Skating Club And Humane Society's rink had closed for a time, forcing members to train outdoors on the Merion Golf Club Pond that season. The New Haven Skating Club's rink had burned down but was rebuilt not long before the competition in Boston.

In the days before records, tapes and CD's, the thirty six competitors were at the mercy of the organizers when it came to their free skating programs. The announcement for the event in "Skating" magazine noted, "If notified at time of entry the Committee will endeavor to provide any special piece of music selected by the contestants for the Free or Pairs Skating or Fours competitions, and have the same played at the desired tempo. This, if possible, should be indicated by the metronome speed number, or beats per second." So, to clarify, entries paid a two dollar entrance fee to compete at the National level... and the live band who accompanied their programs may or may not have performed the music they'd practiced to leading up to the event.

Two of the three junior titles were claimed by members of the Skating Club Of New York. Beatrix Loughran and Raymond Harvey took the junior pairs title, while Julia Honan fended off a challenge from Grace Munstock to win the junior women's title. Roger Turner of The Skating Club of Boston was the victor in the junior men's event. The Waltz and Fourteenstep competitions were only allotted twenty minutes each. In her book "Figure Skating History: The Evolution Of Dance On Ice", Lynn Copley-Graves recalled, "The judging in the Fourteenstep was very close. Sydney Goode and James Greene regained the title they had held in 1923 and 1924. The wide swing of their free legs may have influenced the judges in their favour, because the defending champions, Virginia Slattery and Ferrier Martin, again skated with remarkable precision. The top two couples in the Waltz, both from the New York SC, gave the host club in Boston its best display of the Waltz to date. Sydney Goode and James Greene could not quite close in on Rosaline Dunn and Joseph Savage, who waltzed with a 'subtle yet distinct superiority' that was evident to judges and spectators alike. Edna Gutterman and Frederick Gabel, also from the New York SC, displayed good dancing for third place in both events." Though a fours event had been held the two years previous, there was no competition in 1926 due to a rule that said the event couldn't be contested unless there were entries from two or more clubs. Theresa Weld and Nathaniel Niles won an unprecedented eighth consecutive U.S. pairs title, defeating Sydney Goode and James Burgess Greene and Grace Munstock and Joel B. Liberman. The senior pairs had to perform a five minute program, which was a whole two minutes longer than the program the junior pairs were required to do. 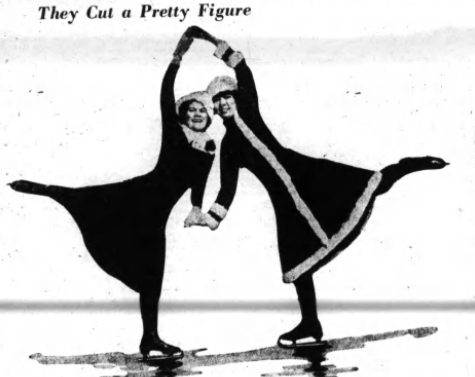 Beatrix Loughran defended her U.S. title with ease, defeating former U.S. women's champion Theresa Weld Blanchard for the second straight year. Maribel Vinson finished third, winning her first senior medal at the U.S. Championships. Sherwin Badger's business interests didn't allow him to compete in Boston in 1926. His absence allowed fifty one year old Chris I. Christenson of St. Paul - one of the judges in the senior women's event - to defeat hometown favourite Nathaniel Niles and Ferrier T. Martin. Of Christenson, an unattributed newspaper 1926 article cited in a 1996 "New York Times" piece published around the time of Rudy Galindo's U.S. title win reportedly noted, "His figures were smooth and precisely correct. He looped and spread-eagled with an unhurried calm that must have piled point after point in his favor on the score-pads of the judges. But his was an exhibition of mathematical certainty. It was a typically masculine performance, devoid of teeming nervous energy and one of cold and accurate calculation." Not only did Christenson make history as the oldest man ever to win a U.S. senior men's title, but he was the first man from the Midwest to lay his stake on U.S. gold as well.

Skate Guard is a blog dedicated to preserving the rich, colourful and fascinating history of figure skating and archives hundreds of compelling features and interviews in a searchable format for readers worldwide. Though there never has been nor will there be a charge for access to these resources, you taking the time to 'like' on the blog's Facebook page at http://www.facebook.com/SkateGuard would be so very much appreciated. Already 'liking'? Consider sharing this feature for others via social media. It would make all the difference in the blog reaching a wider audience. Have a question or comment regarding anything you have read here or have a suggestion for a topic related to figure skating history you would like to see covered? I'd love to hear from you! Learn the many ways you can reach out at http://skateguard1.blogspot.ca/p/contact.html.
Posted by Skate Guard Blog at March 26, 2020
Email ThisBlogThis!Share to TwitterShare to FacebookShare to Pinterest
Newer Post Older Post Home