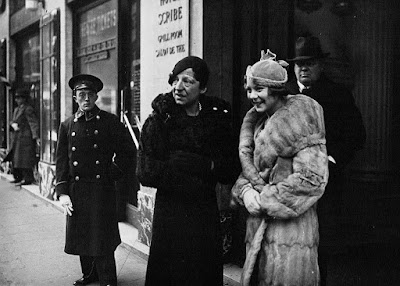 Sonja Henie with French tennis player Suzanne Lenglen in Paris in 1932. Photo courtesy Bibliothèque nationale de France.
Tensions were high between European nations as economies tanked and banks closed in the height of The Great Depression. The governments of Germany and Bulgaria announced they would refuse to pay anymore reparations from The Great War, underscoring the importance of the upcoming Lausanne Conference. Astronomers reveled at Bernard Lyot's new coronagraph and aristocrats tapped their toes to Noël Coward's hit "Any Little Fish".
The year was 1932 and on January 15 and 16, the Palais des Sports in Paris, the 1932 European Figure Skating Championships marked the first time in history all that men's, women's and pairs competitions were contested in the same city at the same time at the European Championships.

Though it was also the first time that France hosted the European Championships, the proceedings received surprisingly little coverage in the French press, perhaps due to the fact that only Andrée (Joly) and Pierre Brunet were considered to be likely to win medals. Let's hop in the time machine and take a look at how this largely overlooked two-day competition played out! 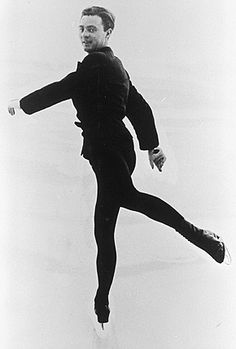 As was expected, Austria's Karl Schäfer won the school figures unanimously by quite a large margin. Four of the five judges also had him in first place in the free skate, with the Belgian judge instead giving the nod to his teammate, Erich Erdös. 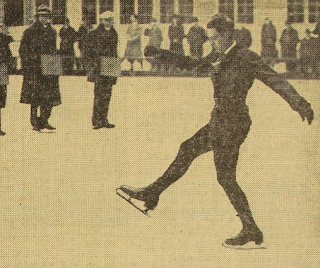 Karl Schäfer
"Freiheit" magazine reported that Karl Schäfer was "outstanding and received exceedingly strong applause." When the scores were tallied, he finished first on every judge's scorecard overall. 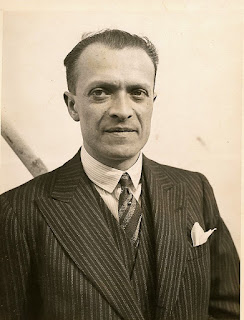 Germany's Ernst Baier finished second on all but one judge's scorecard and Erdös narrowly edged Dr. Hugo Distler for the bronze. France's two entries in the men's event, Jean Henrion and Georges Torchon, finished at the bottom of the pack. 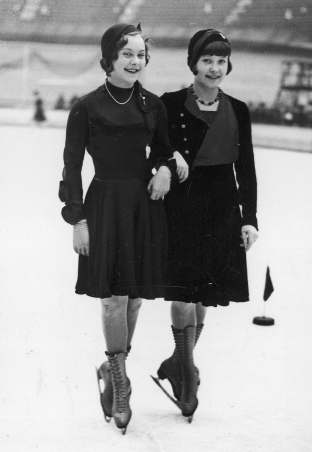 Prior to the event, three time Olympic Gold Medallist Gillis Grafström gave pointers to Vivi-Anne Hultén in St. Moritz, where the Swedes were training together in preparation for the 1932 Winter Olympic Games in Lake Placid, New York. In Paris, Sonja Henie won the school figures unanimously. The Belgian judge had Yvonne de Ligne second, the British judge had Fritzi Burger second, the Finnish judge had Vivi-Anne Hultén second and French and Austrian judges had Hilde Holovsky second.

Both Henie and Holovsky were less than their best in the free skate, but three judges still had Henie first. The French judge, valuing artistry over acrobatics, placed Hultén ahead of Henie. The British judge, Sydney Wallwork, dared to place Henie third behind Burger and Hultén. 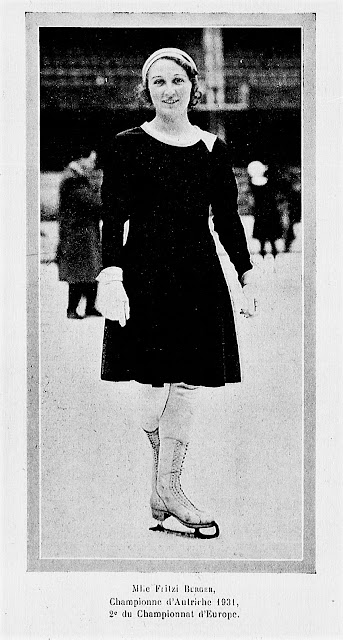 With the help of her strong lead in the compulsories, Henie managed to hang on for the win by some forty points. Burger was second, Hulten third, Holovsky fourth. Austria's Liselotte Landbeck, who three of the five judges had in the top three in the free skate, settled for fifth. France's Jacqueline Vaudecrane almost withdrew due to illness, but opted to compete and finished dead last, two places behind her teammate, Gaby Clericetti. 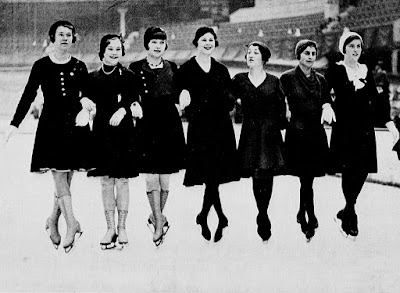 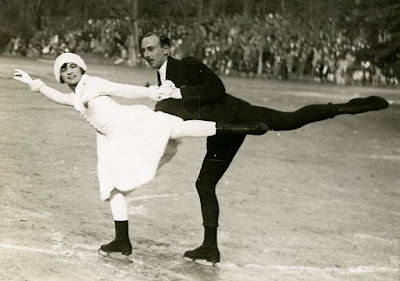 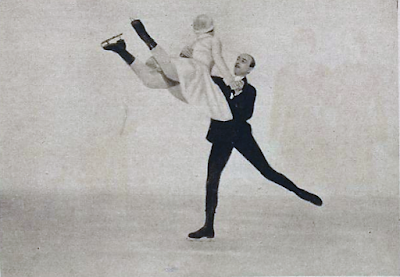 As all four of the singles skaters from France had fared very poorly, the Parisian audience was particularly invested in Andrée (Joly) and Pierre Brunet... with good reason. Their track record spoke for itself and the duo's participation in their first and last European Championships in their home country can't have been a coincidence. Despite the pressures of skating in front of a hometown crowd, they won the event with ease when both of the top Hungarian teams didn't show up despite submitting their entries. It was very close between Lilly Gaillard (Scholz) and Willy Petter and Idi Papez and Karl Zwack for silver, but Gaillard and Petter ultimately came as the top Austrian pair. Great Britain's Margaret and Kenneth Ord MacKenzie placed fourth. 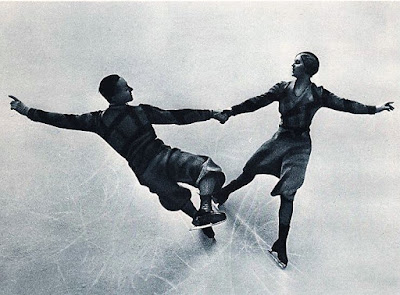 Following the competition, the Brunet's, Sonja Henie and Yvonne de Ligne embarked from the Gare Saint-Lazare to Le Havre and then boarded the Ile-de-France for the long steamship voyage across the Atlantic to America to compete in the Winter Olympics in Lake Placid. Schäfer (travelling via Cherbourg on the S.S. Majestic), Baier, Burger, Hultén and Joan Dix were the only other participants from Paris who also competed in Lake Placid.

Skate Guard is a blog dedicated to preserving the rich, colourful and fascinating history of figure skating and archives hundreds of compelling features and interviews in a searchable format for readers worldwide. Though there never has been nor will there be a charge for access to these resources, you taking the time to 'like' on the blog's Facebook page at http://www.facebook.com/SkateGuard would be so very much appreciated. Already 'liking'? Consider sharing this feature for others via social media. It would make all the difference in the blog reaching a wider audience. Have a question or comment regarding anything you have read here or have a suggestion for a topic related to figure skating history you would like to see covered? I'd love to hear from you! Learn the many ways you can reach out at http://skateguard1.blogspot.ca/p/contact.html.
Posted by Skate Guard Blog at January 13, 2022
Email ThisBlogThis!Share to TwitterShare to FacebookShare to Pinterest
Newer Post Older Post Home